At 24 years old, Zach McGinnis realizes his chances of becoming a professional e-sports gamer may already be in the rear-view mirror, given how young players tend to be. But he feels he has a shot at getting in to different aspects of the rapidly growing industry.

After working in the industry for the past couple of years, picking up contract or part-time opportunities, he is willing to do whatever it takes to forge a career in e-sports.

So, despite already earning a political science degree from the University of Windsor, he recently enrolled in the e-sports administration and entrepreneurship course at St. Clair College in Windsor, a two-year program set to launch in January.

“I'm aware of the space,” the Windsor native says. “It’s not impossible for me to break in as a player and go pro, but I'm also aware that organizations are also looking more at a long-term investment in their players. So they're picking up these young gamers right out of high school nowadays.”

Mr. McGinnis is already on the varsity e-sports squad at St. Clair, competing under the handle “Crackshot” on its five-man squad that plays competitive games of Counter-Strike: Global Offensive against other postsecondary institutions across North America.

However, he hopes by developing his skills in sports management, communications, marketing and media, he can forge a career in a rapidly expanding industry.

According to NewZoo, a Dutch market research company covering the e-sports industry, the total revenues in the industry, from such things as media rights, advertising, sponsorship and merchandise, will reach about US$906-million this year. That is almost double the $493-million it generated two years ago, and NewZoo expects that total to exceed a billion dollars in the next two years, with China and North American contributing more than half of that.

Shaun Byrne, St. Clair’s e-sports director, says he was at an industry conference in July and one of the major questions he was constantly asked was where the talent is coming from. Beyond simply players, that includes e-sports coaches and staff members to run leagues and tournaments.

“That was just another added reinforcement to the idea that this program was really needed to fill that gap,” he says of St. Clair’s offering. “There’s a big skills gap right now in e-sports.”

St. Clair is taking in 30 students for the start of its e-sports program in January, but expects to double that for the second intake in September. In addition to the current facilities on campus, including what it calls “The Nest,” which is its varsity training rooms, the school is planning a new e-sports arena in the near future.

When it comes to the staying power of e-sports, Mr. Byrne points to the commitment of a major player in regular sports. Robert Kraft, the billionaire owner of the National Football League’s New England Patriots, among other sports franchises, spent US$20-million last year to buy a franchise in a league playing the multiplayer shooter game Overwatch.

“What I tell the [college] administration is, if somebody like Robert Kraft is going to spend $20-million just to buy a franchise spot,” Mr. Byrne says, “you have to assume he’s going to spend at least the same amount staffing his organization to make sure it’s successful.”

While St. Clair College is waiting for its e-sports program to kick off, Lambton College, in Sarnia, Ont., just started its own two-year program in e-sports entrepreneurship and administration last month.

According to program co-ordinator Matthew Hutchinson, the program is among the first few e-sports academic programs worldwide. While the school originally wanted to cap the program at 40-45 students when finalizing the details in April, the final intake was 67, making it the second-largest program at the college, which has 3,500 full-time and 6,500 part-time students.

While Mr. Hutchinson says there was initially a lot of skepticism over the type of students that the program would attract – “a bunch of students out of mom’s basement,” was typical of the kinds of comments he heard – he says it has been the exact opposite. As someone who has taught in the college’s business program the past five years, Mr. Hutchinson says the students “are as keen, if not more keen, than the business students that I’ve taught.”

The potential for those students to carve out a career has never been better, he adds.

Aside from those who actually play the games, millions more are watching the action unfold on YouTube’s e-sports channel, or on Twitch, a dedicated channel acquired by Amazon. In the first quarter of this year, viewers spent 17.9 million hours watching the action on those channels.

“What’s amazing is it hasn’t even reached its maturation point,” Mr. Hutchinson says. “It’s in its early growth stage if you look at how the industry’s growing with respect to its viewership.”

Students at Lambton currently get 19 hours of lectures a week, on top of the roughly 20 or so hours that e-sport varsity athletes put in on team practices or breaking down film.

The job opportunities will also continue to grow. Alongside mainstays such as broadcasting, media, league management and programming, Mr. Hutchinson adds there will be openings that come with “more professional athletes dealing with both the physical and mental strain that comes along with honing their profession.”

Just like the athletes aspiring to become professionals in the more traditional sporting avenues, such as basketball or hockey, having a backup plan can prove critical for those who are not quite good enough to hit the heights of stardom.

That’s a fact that colleges such as Lambton and St. Clair are looking to capitalize on, offering courses that cover such things as sports marketing, analytics, tournament and league management, special events management, accounting and communications.

“There is a small sector of students that obviously want to be gamers, that think they’re going to be the next Michael Jordan or LeBron James of e-sports,” Mr. Hutchinson says.

“But at the same time, just like with any student athlete, it’s making sure that they focus on academics and they have that backup plan in place.”

Editor’s note: Twitch was acquired, not founded, by Amazon as a previous version of this story stated. This is the corrected version. 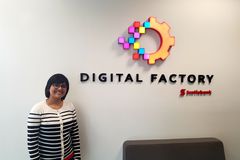 How to tap into one major potential pool of talent
October 26, 2018 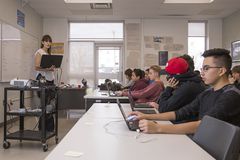 Got a career? Still think about upskilling
October 26, 2018 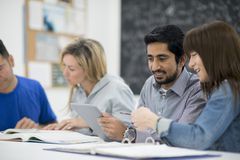