By any yardstick, Sarah Beattie of Langley, B.C., leads a busy life.

A married mother of three children under the age of 5, she is about to wrap up her maternity leave and return to her part-time job as a member banking specialist at a credit union. She coaches her five-year-old son’s hockey team, gets her three-year-old daughter to skating practice and plays herself on a co-ed hockey team on Friday nights.

She is also is earning a bachelor degree in human resources, one she may not complete until her youngest child heads to school in four years. With a return to campus for day or evening courses impossible given her family commitments, Ms. Beattie is studying on her own time through Athabasca University, a distance education institution in Alberta.

“It is giving me the opportunity to pursue my education further,” says Ms. Beattie, 33, who already has a college diploma. “I can still do everything I want with my kids and be just as involved in their lives as I want to be, and with my husband, without sacrificing that [family time] to get an education.”

“It is really about fitting the learning pattern to the lifestyle,” says David Porter, chief executive officer of eCampusOntario, a non-profit, government-funded agency that publishes a directory of 16,000 online courses and 700 programs at colleges and universities across the province.

According to Statistics Canada (which does not track gender splits in online learning), women accounted for 56 per cent of students on campus at colleges and universities in 2013-14, but the ratio is higher in distance learning, as reported by individual institutions and agencies. For example, women account for two-thirds of participants in online offerings, according to the Ontario College Application Centre.

“It becomes a pink-collar environment because there are so many more women than men in the class,” observes Julia Jahansoozi, director of the school of communications and culture at Royal Roads University in Victoria.

Women, she adds, “have kids, older parents, and they are working and they want to increase their credentials so they can get a position of choice.”

At Athabasca, 65 per cent of undergraduates (and 74 per cent of those in graduate programs) are women, with a majority caring for dependents, according to a university spokesman.

The same imbalance plays out at traditional postsecondary institutions, where a demographic dip in high-school-age students has spurred growth in online credit courses and programs for adults, many of them women.

At Kingston-based Queen’s University, which dates its first correspondence courses to 1887, between 1,000 and 1,300 online distance students are enrolled in at least one course per term, up sharply from between 180 and 260 per term in 2012. Women represent 70 per cent of those enrolled in courses and programs, with 28 per cent men while 2 per cent are gender neutral.

“They want to come back now and start working on their degrees,” says Bev King, assistant dean of teaching and learning in the faculty of arts and science at Queen’s, which now offers six degree programs and six certificates online along with a wide menu of online courses. “People are looking at how to improve their lot in life.”

Queen’s provides academic advisors and mentors to those learning on their own, with “live chats” four nights a week as a form of “office hours.”

In a 2017 survey, Queen’s found that 60 per cent of online learners are in university for the first time, 60 per cent work full-time and about one-third have children.

Sometimes, though, the draw of online learning is unrelated to family or work.

Alice Piotrowska, earned a bachelor of English language and literature and a certificate in academic writing from Queen’s in 2017 and now works as a fully-funded PhD researcher in publishing studies at the University of Stirling in Scotland.

“For me, the choice to finish my degree online was dictated simply by the flexibility and the opportunity to travel and move to different countries while pursuing a degree,” the Montreal-born Canadian said in an e-mail. “I worked either part or full time throughout the whole time (between 25 and 40 hours per week) and it was sometimes a challenge to juggle that with full-time classes, but it also meant that I was able to be financially independent and graduate without debt.”

The online experience also shed light on her skills. “Distance courses helped me realize that I do very well as an independent researcher,” she wrote.

But sometimes, online learning is the only route for women juggling family, work and career aspirations.

Loretta Ghostkeeper, manager of engineering for her Westbank First Nation in British Columbia’s central Okanagan, is pursuing an online bachelor of technology, trades and technology leadership from Thompson Rivers University (TRU), a two-hour drive from her home.

A married mother of three daughters, she is able to work and study while living in her community and without disruption for her family.

She started the degree in 2012 when she took on her current job. “I wanted to make sure I was able to complete it at the same time I was learning and building my skills,” says Ms. Ghostkeeper, who works in a male-dominated field. “I find I am able to take the information [from the course] and apply it into my everyday managing.”

She studies at lunch and in evenings, hoping to graduate by 2020. She may only set foot on the Thompson Rivers campus in Kamloops to receive her degree.

At TRU, women account for 57 per cent of online learners, says Donald Poirier, interim assistant vice-president of the university’s open learning division, which recognizes prior learning credentials of candidates.

“Time is much more precious than gold,” he says. “When people are trying to get ahead and manoeuvre, flexibility is absolutely key for you as an individual.”

In remote communities, online learning gives mothers, especially, a way to pursue their education from home.

In Thunder Bay, through its own venues and web-conferencing platforms provided by Contact North, Confederation College offers distance lectures delivered in real time (students and the professor may be in different locations) and online classes for students to work at their own pace. Of distance education learners, 90 per cent are women, according to the college.

One explanation may be the program mix, with some courses and programs in female-dominated jobs, says Laura Christie, director of the Lake of the Woods and Red Lake campus at Confederation. Another factor, she adds, “is the ability for folks to stay home where they have supports.”

For Ms. Beattie in Langley, the long trek to a degree is of no consequence because she is doing it for herself.

“I don’t feel there is pressure to finish it in a set amount of time,” she says. “If it takes me eight years to do my degree, that is fine.” 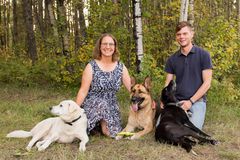 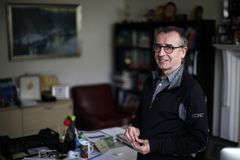