British Columbia’s energy regulator says it will introduce as soon as April timelines for cleaning up thousands of dormant oil and gas wells as the province seeks to head off growing financial and environmental risks posed by the uneconomic sites.

The commitment is a first among Canada’s western provinces and represents a major rewrite of current rules under which idle wells can languish indefinitely. Premier John Horgan’s NDP government had introduced legislation in May giving the BC Oil and Gas Commission (BCOGC) powers to establish timelines, but the regulator is only now saying when they will take effect.

The move follows a six-month Globe and Mail investigation, published in November, that found that 7,382 wells – or a third of all wells in the province – are inactive, and that the number of defunct wells (those with no legal owner, also known as orphans) has swelled to 294, up from just 24 in 2014. The inactive sites represent a fraction of the 122,456 inactive wells tallied by The Globe and Mail across B.C., Saskatchewan and Alberta.

Such wells no longer produce oil and gas, but they have not been plugged. Thousands more have been abandoned, meaning they have been sealed but the surrounding land has not yet been restored to its predrilling state.

BCOGC chief executive Paul Jeakins told The Globe new regulations would be in place by next May. However, he would not discuss specifics – such as how stringent the timelines will be, nor what penalties would apply should companies fail to meet the toughened standards.

He also said companies would have flexibility to propose alternative cleanup plans, so long as the work is done in a timely way. Still, the intent is to reduce a glut of inactive sites before they become a financial burden for the wider industry – and potentially taxpayers – should an operator fail.

“What we’re looking at is how do we put in place an accelerated timeline for industry to actually restore those sites, so not just leave it open-ended, which is what it was before,” he said in an interview.

The goal is to “actually close that loop now so that they’ve got a timeline that we dictate to them. And then we also can prevent operators that have got a history of insolvency from operating in B.C. So it’s a bit of a one-two punch.”

All three western provinces have struggled as the number of inactive sites and those with no legal owner have spiked through the industry-wide downturn in oil and natural gas prices.

Adding to the strain is a brisk trade detailed by The Globe in which major companies routinely offload properties saddled with hefty cleanup obligations onto smaller players with scant ability to pay for remediation, despite regulations meant to prevent such deals.

In Alberta, the backlog of inactive wells has soared to 89,217 and a string of corporate bankruptcies has pushed the number of defunct well sites to 4,349, up from 545 in 2014, necessitating a $235-million loan from the provincial government to shore up funds set aside by the industry for cleanup.

Energy Minister Margaret McCuaig-Boyd has said Alberta’s NDP government is studying timelines and targets to reduce the growing inventory of dormant sites. But it’s unclear how stringent any new rules will be nor when they will be introduced. The Alberta Energy Regulator has refused to comment on the issue and on Thursday referred questions about potential changes to the minister’s office, which provided no further details.

B.C.'s commitment comes as the energy industry gears up for major expansion in the province, buoyed by Royal Dutch Shell’s $40-billion plan to drill and export natural gas in liquid form from the northern coast.

Mr. Jeakins said the regulator is taking a harder look at permit transfers between companies to ensure major producers don’t offload liabilities onto smaller players that cannot pay for well abandonment and cleanup. That includes assessing how much debt a purchaser is carrying when it acquires wells, its ability to raise money in the market and whether or not the wells being transferred are still economic.

Industry groups had lobbied against hard timelines for cleaning up inactive sites, saying the sector cannot afford increased costs at a time even large companies are struggling with volatile prices and export bottlenecks.

Mr. Jeakins said the regulator’s data show only a fraction of inactive wells in B.C. are ever revived. The Globe’s own analysis found that wells languished even when commodity prices were much higher than today’s levels. Nearly one-fifth of inactive wells in Alberta and roughly 10 per cent each in B.C. and Saskatchewan have been idle for 10 or more years.

“If somebody really wants to think that they’re coming back into an area, they can certainly show us what that’s going to look like, but it’s not to get around the timelines," he said.

“We’ve got a fairly sophisticated group here that can look at the likelihood just as easy as their geologists and reservoir engineers. So I’m not worried that they’re going to pull a fast one on us.” 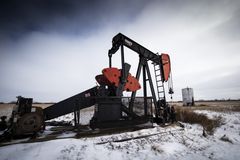 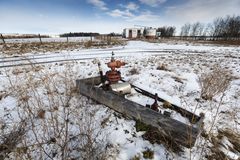