A once-celebrated emergency department chief has resigned his position, five weeks after a Globe investigation revealed allegations from more than 20 doctors relating to gender discrimination and questionable billing practices.

Physicians who worked with Dr. Duic said he favoured male trainees and made discriminatory and demeaning comments about women. Some doctors also said he encouraged questionable practices, including the unnecessary use of forms that can lead to patients being stripped of their driver’s licences. Doctors are paid to fill out the forms.

The investigation began in July after The Globe obtained a legal complaint sent on behalf of eight anonymous physicians, who described Dr. Duic’s alleged gender discrimination as an open secret among emergency doctors in the Greater Toronto Area. Last March, lawyer Danny Kastner sent the complaint to hospital administrators at Southlake and the University of Toronto, where Dr. Duic has a faculty appointment.

Many of the doctors who spoke to The Globe said administrations at both hospitals ignored concerns about Dr. Duic’s conduct because he brought in significant provincial government performance bonuses, including close to $2.5-million for Southlake last year.

The performance money is based on several indicators, including average waiting times and visit lengths. Since The Globe’s investigation was published, health workers have alleged Dr. Duic’s model of care has prioritized volume and speed over quality, and patients with simple problems over patients with complex problems. The Globe granted the health workers anonymity because they feared repercussions to their careers.

The resignation “seems like an appropriate first step,” said a statement from Dr. Setareh Ziai, the president of Canadian Women in Medicine. “We are cautious to place full blame for an institution’s sexist environment on a single individual, however. We hope that Southlake continues its investigation into the organizational structures that allowed this situation to continue for so many years.”

Dr. Steve Flindall is one of at least three former Southlake staff doctors who complained about Dr. Duic’s leadership to Southlake’s chief of staff. Dr. Duic’s resignation is “long overdue” he said. “I am saddened that Dr. Duic was also able to severely alter the career paths of so many, including nurses, medical students and physicians,” he added.

Another physician who left Southlake because of Dr. Duic, Dr. Jason Falk, said, “I think it is only fair that he step down in light of what appears to be systematic discrimination.”

Dr. Duic’s resignation as chief is effective Thursday, but he will “continue with his clinical work in the Emergency Department at the present time,” according to Kathryn Perrier, corporate communications manager at Southlake. She could not disclose the reason for the resignation, citing “privacy reasons.”

Dr. Gaurav Puri will be acting as the interim chief until a permanent replacement is selected, Ms. Perrier said.

Based on The Globe’s investigation, Southlake hired a legal firm, Rubin Thomlinson, to conduct an independent investigation into allegations of “gender discrimination, bullying and harassment.” Ms. Perrier confirmed that the investigation is continuing, despite Dr. Duic’s resignation.

Dr. Duic also continues to have hospital privileges to work at the emergency department of St. Joseph’s Health Centre in Toronto. Michael Oliveira, media spokesperson at St. Joe’s, said the hospital has no further comment. A previous statement from St. Joe’s said The Globe investigation raised “a number of troubling issues from previous years.”

While chief of both hospitals, Dr. Duic also held a faculty appointment at the University of Toronto, which continues. He taught and mentored numerous medical students and residents. From mid-2011 to mid-2015, Dr. Duic supervised 25 trainees, all male.

The Globe sent a list of questions to Dr. Duic about the allegations and more recently about his resignation. He did not respond.

“We ask that the Faculty of Medicine’s Dean, Dr. Trevor Young, consider the message that is sent to the medical community-at-large when concerns of sexist conduct at a clinical teaching site go unaddressed,” Dr. Ziai’s statement read.

Dr. Young told The Globe this week that the university works hard on equity and inclusion and he encourages those with concerns to come forward. “My team has gone through years of evaluations from medical trainees who completed rotations at St. Joseph’s and Southlake emergency departments for any suggestion of gender discrimination or equity issues,” he said. “None was found."

The Globe also reached out to the College of Physicians and Surgeons of Ontario and the Ministry of Health and Long-Term Care regarding the allegations, which include questionable billing. Spokesperson Shae Greenfield said the College is “aware of the allegations and concerns about Dr. Duic” but it “is prohibited from confirming the existence of an investigation unless and until it results in a referral to the Discipline Committee.”

Ministry spokesperson David Jensen reiterated what he had told The Globe in October, saying the Ministry “takes all reports of inappropriate billings to OHIP seriously” and that it would review the claims and determine next steps.

“Witnesses remain scared to come forward because Dr. Duic continues to have hospital privileges and presumably influence,” he said. 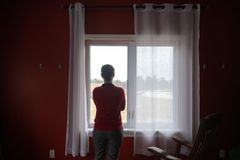