Jason Watts hides in the washroom right up until the moment his shift as a bus driver in Toronto’s transit system begins.

The Toronto Transit Commission worker is terrified of contracting COVID-19, so he tries to minimize his exposure.

“If I’m standing in the station, people will come up and ask questions and forget about the social distancing – or maybe they don’t care,” Watts said.

It’s part of a series of procedures he undergoes to protect himself. He would prefer to wear a mask, but the TTC is not providing them to bus operators, he said.

“I would appreciate the option to have a mask to wear should I feel the need to,” Watts said. “I’m scared.”

On Wednesday, more than two dozen of Watts’ colleagues, all TTC bus drivers, refused to work over the lack of personal protective equipment (PPE).

“They are concerned all the measures in place are not providing adequate protection and they want the next level, which are the masks,” he said.

So far, about 50 transit workers represented by the union have tested positive for COVID-19, Di Nino said.

The Toronto chapter of the ATU said 17 TTC workers, including bus and subway operators, have tested positive for the disease.

“Our members are scared, and the longer this goes on the more cases will appear,” said ATU Local 113 president Carlos Santos.

“I think the TTC does have a responsibility to make our workers feel safe – and if making them feel safe is providing them with PPE, then give them PPE.”

An inspector with the Ministry of Labour ruled the drivers must return to work because the situation didn’t meet the conditions of a work refusal, Santos said.

TTC spokesman Stuart Green said the inspector cited multiple measures that help protect transit operators from COVID-19, including Plexiglas barricades, blocking off seats immediately behind the bus driver, and the use of rear-door boarding.

The TTC said it’s in the process of acquiring reusable and washable masks for all staff, but it is weeks away from being able to distribute them. The only operators being given masks are those who drive Wheel-Trans buses to transport people with disabilities.

In Halifax, transit union leaders have been expressing concern about their safety since the earliest days of the pandemic, calling for a pause in operations to clean the buses and negotiate safety provisions.

Ken Wilson, president of Local 508 of the Amalgamated Transit Union, said many passengers are not travelling to essential jobs and do not respect physical distancing rules on the buses and ferries.

Halifax Transit recently imposed added safety measures with alternating seats blocked off in buses and in stations, while capacity on ferries is reduced to 25 passengers per trip.

Wilson said it’s not going far enough as it still allows up to 18 passengers on a 12-metre bus.

In Montreal, Renato Carlone, president of the union that represents 4,700 of the city’s bus and metro employees, said at least 15 bus drivers have already become infected with COVID-19. Hundreds more of his members are off work for various reasons related to the pandemic, he said.

The union launched an advertising campaign asking public transit users to wear masks. Carlone said he is also calling on the city’s transit authority to limit bus capacity to 15 passengers and to 150 people on the metro.

As Quebec begins re-opening the economy, his members fear buses and metros will only get more crowded, putting workers at risk.

“It’s hard enough to maintain a two-metre distance from someone on a bus,” he said. “That’s why we are asking people to wear masks. It’s the least we can do.”

In an ugly turn last week in Edmonton, police said they charged a man with COVID-19 for allegedly coughing on a bus driver and police officers last week. The 38-year-old man faces two counts of assault and contravening an order by the chief medical officer.

Over the weekend, an unnamed Metro Vancouver bus driver took to YouTube to share his fears about COVID-19 and plead with the public.

Watts, the Toronto bus driver, deals with his own cognitive dissonance. On one hand, he believes he’s more essential than ever as he drives health-care workers and others to the front lines of the COVID-19 crisis.

On the other hand, he worries about the coronavirus sneaking onto a bus he’s driving.

“I feel like I’m taking people to the netherworld.” 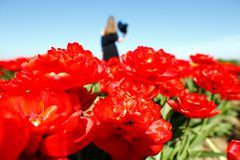 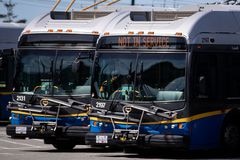