Solving the climate crisis is a huge task. It would change every aspect of how we live, work, travel and build. Union Centre, a new office tower in downtown Toronto, could be a big part of that: a million square feet, largely car-free, next to a transit hub, heated by waste energy spilling out of internet servers.

But according to planners, it’s too big. Its developers say city planning staff are holding up the project because it looks too wide on the skyline.

Yes, city urban designers do worry about that kind of thing. Whether or not you think it is legitimate – I don’t – there are bigger questions here. What does a lower-carbon city look like, and what are our governments ready to give up in order to build it?

The Union Centre developers, Allied and Westbank, have been trying for two years to get this tower approved, and they say they are stalled. “We want this to be the best workspace in the city,” said Michael Emory, Allied’s usually genial CEO. “And we feel extreme frustration that unelected officials are arbitrarily constraining us with respect to a unique site.”

“Unique” it is. Designed by Bjarke Ingels Group, it’s a 274-metre-tall 52-storey building designed to hold office space and data centre space, a block from Union Station. The tower would land on Station Street, a private laneway, and a piece of the Skywalk, an Allied-owned public walkway.

And it would sit right next to an existing “carrier hotel” at 151 Front St. W., a central connection point for the internet and home to a set of data centres (which it would extend). Those generate a huge amount of heat. The developers promise to build a district energy system to harvest that heat. Union Centre would use zero carbon in its heating and cooling systems – a gigantic victory for a building of this scale. And the internet hub also lets the developers promise to offer hyperfast data to their tenants.

In short, this is a net-zero-carbon building, on transit, with everything companies like Amazon or Salesforce want in an office. The developers don’t want public money, and they want to start building now, COVID-19 be damned. “We’d start digging tomorrow if we could,” said Westbank CEO Ian Gillespie. “We have enterprises who are very interested, but we can’t say when the building will be complete because we don’t know how long the process of approval will take.”

The issue, the developers say, is big floors. Each one in this tower would be about 30,000 square feet, wide open because the elevators are pushed to one edge of the building. (They’d be lit up with purple LEDs, and slide up and down the north façade in a Tron-like tableau.) “The most important thing for knowledge organizations is the size and scale of the floorplate,” Mr. Emory said.

But city urban design staff don’t like that the tower is about 90 metres wide, citing its impact on the skyline. “This width is wider in its east-to-west-dimension than any tower in the core, with the exception of the Manulife Tower at Bloor and Bay. A reduction in width … will address many of the issues,” Lynda Macdonald, director of community planning for Toronto and East York District, said in an e-mail. She also said the building will cast some incremental shadows, which a consultant’s report describes as “very minor,” on a park.

Where’s the rule that says buildings should be narrow from east to west? There isn’t one. “There’s nothing in the bylaws that limit the width of the building,” Mr. Gillespie said. “It’s a purely subjective argument. And during a pandemic, this is what they want to argue about? To think of how we as a society get to net zero, there needs to be 10,000 projects like this.”

This is self-serving, but also true. Toronto has a “TransformTO” strategy, which sets a goal of net-zero greenhouse gas emissions by 2050. If something as trivial as sculpting the skyline is going to stand in the way, this is hopeless.

Anyway, city urban designers could worry less about how chunky a building is, and more about how it works at eye level. Downtown Toronto has gotten a crop of new towers that feature giant, featureless lobbies. Another megaproject called Union Park would line Front Street with a glassed-in “winter garden,” which is to say a shopping mall. Here’s my modest suggestion for a city in a climate emergency: Let the big towers be big, and make streets worth walking down.

Opinion
Is the Missing Middle coming to Toronto neighbourhoods?
July 7, 2020 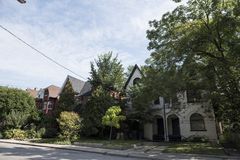 Canadian cities prove reluctant to encourage cycling as alternative to crowded transit
May 23, 2020 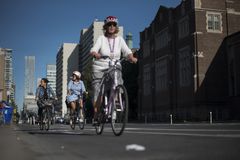 Opinion
Will cities stay healthy, or will the coronavirus mean the end of density?
March 20, 2020 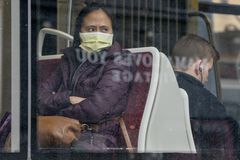