Imagine a map of Toronto. Now draw 180 circles on that map, each 800 metres across, with a subway or train or LRT stop in the middle. You would be colouring in a big swath of the city. Now imagine those circles are full of new apartment and office buildings.

That’s what the province did last year. Queen’s Park has decided that these “Major Transit Station Areas” are where the city should grow the most, setting specific targets for how many people and jobs they should have. As Toronto adds a million people in the next generation, this policy could reshape its buildings in a dramatic and largely positive way.

But there’s a problem: This change has to pass through Toronto City Hall. And it’s far from clear that local officials have the stomach to do the necessary work. That means staff altering their own rules, and politicians telling the city’s privileged house owners that they need to accept change.

On Monday at city council’s planning and housing committee, city staff explained how they plan to respond to the MTSA policy. Planners will look at each station area, then report to the province by 2022 about how their local plans fit the province’s Growth Plan for the Greater Golden Horseshoe. This is mandatory.

I’ll have a piece today on the “mass transit station areas” that may be about to reshape planning in Toronto. pic.twitter.com/yAv9Yjts07

Gregg Lintern, the city’s chief planner, told me the MTSA policy is similar to how the city has already been planning: put things near transit. “I think the idea of the MTSAs is to bring some rigour and some discipline to transit-oriented development,” he said. “That’s been happening for a long time. But not everywhere.”

Not everywhere, indeed. In fact, Toronto politicians made a grand bargain in the 1990s to put future residents and jobs in a few specific places – mostly downtown. This has concentrated the flows of migrants and investment in a few overheated zones. Meanwhile, the vast majority of the city looks the same as it did 30 years ago. If you’re a homeowner, the only changes on your block are probably some McMansions. Even if you live next to a train station.

In this context, the province is bringing the city a gift: a chance to blow up ossified, regressive policy while passing the buck.

Yet city planners seem to be pushing back. For 65 MTSA zones, staff say they may ask for exemptions to the new rules. Those include many of the stations on the Bloor-Danforth subway line.

When I asked Mr. Lintern how this list was chosen, he cited Old Mill subway station: “There’s a river valley, and we’re not going to be able to fill it in to add density,” he said, reasonably. But what about Chester station? Summerhill? There is lots of land there. It’s full of houses, which are full of affluent people who hate tall buildings. And strict city “Neighbourhoods” planning, nicknamed the Yellowbelt, prevents change. In these big swaths of Toronto, the only permitted housing is for millionaires. It’ll be interesting to see whether this changes.

The politics here are nuanced. The Toronto region is growing very quickly, and that requires changes to planning, especially in Toronto. Generally, the Doug Ford government is giving the development industry what it wants. In the suburbs, as The Globe’s Jeff Gray reported, that means allowing more sprawl. It’s unnecessary and inexcusable.

However, in the city, what developers want is to make lots of buildings, mostly housing, in established neighbourhoods with transit. That’s good for the city, the region and the climate. Especially if city hall gets its way and adds a mandatory affordable housing policy to new developments.

But there’s a real danger Toronto will miss this opportunity – by over-regulating, overcomplicating, and overtaxing the new development that the city desperately needs. It’ll be years before we see the results. But the right way to look at this issue is from far above: with a big map, while holding a very thick red marker. 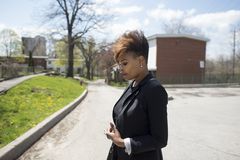 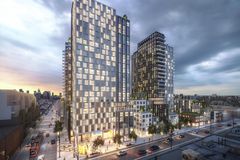 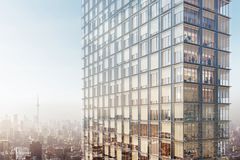