Kirushna Kumar Kanagaratnam, the latest man named as a victim of alleged serial killer Bruce McArthur, came to Toronto as a refugee claimant and, after his bid to remain in Canada was rejected, his family in Sri Lanka thought that he might have gone into hiding.

Instead, a few days ago, just during the celebrations of the Tamil New Year, his relatives got the news that Mr. Kanagaratnam was the eighth man to be named as a murder victim of Mr. McArthur.

In recent years, the family had turned to Facebook in an attempt to re-establish contact with Mr. Kanagaratnam. In their posts, they said they lost contact with him during a period when he tried unsuccessfully to get permanent asylum in Canada.

Eventually, on Dec. 9 of last year, one of Mr. Kanagaratnam’s brothers, Kiso Kumar, wrote a public appeal for help on Facebook because the family had failed to locate him after a year.

A month later, Toronto police announced that they had arrested Mr. McArthur, a 66-year-old landscaper. He was charged with the first-degree murders of seven men with connections to the city’s Gay Village. Investigators made the exceptional decision to release the photo believed to have been taken after the death of another man.

Last Thursday, police were able to identify the man in the photo: Mr. Kanagaratnam. The family was notified during the weekend and, by Monday morning, Mr. McArthur was charged with an eighth count of first-degree murder.

According to a death notice published in a Tamil newspaper and posted by relatives on Saturday, Mr. Kanagaratnam was born in Nainativu, a small island off the northern tip of Sri Lanka.

Although there are relatives also living in Britain and France, the family home is on a narrow palm-lined street in the northern Sri Lankan city of Jaffna.

Mr. Kanagaratnam was 37 and living in Scarborough when he is believed to have been killed. He did not have direct family in Canada and had not been reported missing here.

Thus far, there is no clear indication that Mr. Kanagaratnam was himself gay or had any ties to the Gay Village.

Det.-Sgt. Idsinga told reporters that Mr. Kanagaratnam’s case, because he had no obvious ties or connection to the Village, poses the possibility that there could be more victims they’ve yet to come across, adding that “he doesn’t quite fit the profile.”

“This does create basically a wide open net,” Det. Sgt. Idsinga said. “We’ve had lots of calls, international calls, since our pleas began, from people who just haven’t seen family members for years.”

The investigator did stress that police had missed signs of connections to the Gay Village before. When investigators first identified Dean Lisowick as an alleged victim of Mr. McArthur, they had not yet realized that he was well-known in the heart of the Village.

“Whether that comes true with Mr. Kanagaratnam or not, I don’t know,” Det. Sgt. Idsinga said. 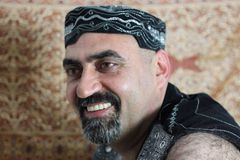 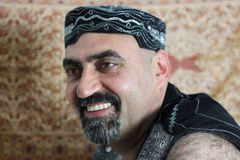