The incoming Ontario government has proposed restoring funding to a controversial violence-suppression unit as Toronto reels from four shooting deaths over the weekend and the homicide count creeps upward at close to a record pace.

Early Monday morning, a man in his late 30s or early 40s was shot dead in a downtown community housing complex, pushing this year’s homicide count to 48, up 104 per cent over last year. Total shootings have hit 200, a level of gun violence unseen in the city over recent years, according to online Toronto Police statistics.

When asked about the recent fatal shootings, a provincial Progressive Conservative spokesman said the incoming government would reinstate funding to anti-violence units cut by the outgoing government.

In Toronto, that task force was known as TAVIS – the Toronto Anti-Violence Intervention Strategy – a unit that was disbanded last year amid criticism for its high rate of carding in heavily policed communities. Carding is the police practice of stopping people to gather information without a reasonable suspicion of an offence.

“You don’t want to overpolice because if you overpolice you wind up back in that same narrative again which has brought us to where we are today,” he said during an appearance on CityNews.

Mr. Saunders said the shooting statistics are roughly in line with figures posted in 2016 and sought to reassure residents that Toronto remains one of North America’s safest cities.

He did call for harsher criminal sentences to take convicted gang members off Toronto streets for longer stretches.

“It is frustrating for our officers when we’re arresting people with firearms,” he said, “and then to watch them come back out in a very short narrative.”

The weekend violence stands in contrast to an announcement Friday that police had disrupted gang activity by arresting dozens of alleged gang members and taking 78 firearms off the street as part of a nine-month investigation called Project Patton.

Toronto Mayor John Tory, asked about the wave of violence at a press conference on Monday, said police were doing all they can to combat gang activity, noting the massive bust last week.

Mr. Tory said he talks daily with Chief Saunders about the issue, and vowed that trigger-happy criminals would be caught: “We are going to continue to discuss how we can deploy every possible resource to scoop these people up off the street, gang by gang, street by street, gun by gun,” he said.

Early Sunday morning, Jenas Nyarko, a 31-year-old woman, was killed in a drive-by shooting while on her way home from a funeral.

Police said she was a shelter worker with nothing in her past to suggest she would have been targeted.

At the same early hour, multiple gunshots were fired into a home on Lightwood Drive in the Etobicoke area, killing Patrick McKenna, 20, and Dalbert Allison, 40.

The area is a mix of community housing and privately owned residential homes.

Jim Petosa said he has lived on Lightwood Drive for 17 years, and believes the murders were an isolated incident. Junior Brown, another resident, said the shooting was “out of the blue.”

Some residents said they believe the Toronto police are understaffed, underfunded and overworked, making the surge of violence difficult to tackle.

Ildi Drabik, who lives in the building, said she doesn’t feel safe in her own home any more. There have been problems with violence in the building for as long as she can remember, she said. 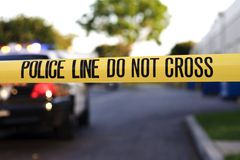 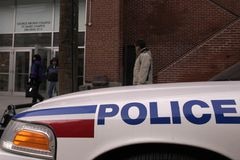 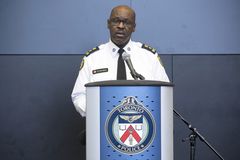