Judi Riley’s brother, Jon, had been missing for four years when the police contacted her last month with a specific and unsettling question: Which side of his body had a surgical scar?

It was late afternoon on Feb. 18 when she got the voicemail from an Ontario Provincial Police constable.

For years, she had been exasperated by what she saw as the police’s indifference to her brother’s disappearance. Mr. Riley was 46 when he vanished in 2013 after telling his mother, with whom he lived in Meaford, Ont., that he was going to Toronto for a visit.

Ms. Riley, who lives in Hawaii, said she tried to report him missing when she stopped hearing from him, but had trouble convincing Toronto police her brother was not the kind of person to cut off contact with his family, and that they should open a file on him. And when the provincial police took the case months later, it was not put it into the RCMP’s missing-persons database.

By the time the OPP contacted Ms. Riley in February, it had been a month since Toronto landscaper Bruce McArthur was arrested and charged with five counts of first-degree murder.

Days later, a sixth murder charge was added, and homicide detectives warned there could be more victims. DNA tests are under way to identify numerous sets of human remains recovered from garden planters.

After helping investigators secure a sample of Mr. Riley’s DNA, Ms. Riley waits, hoping for some clarity on the fate of her brother, but dreading the grief it might bring.

“If I find out that the conclusion was that he was taken by McArthur, I am going to be so angry with Toronto police. I already am angry that my brother’s life meant nothing to them. It’s very hard for me to process.”

Toronto Police Service will not comment about specific missing person cases and possible connections to Mr. McArthur, but have said that, faced with a serial-killing case of unprecedented scale, investigators are reviewing hundreds of missing-persons files. The search includes men who have disappeared throughout Ontario, men from foreign countries that Mr. McArthur may have visited, and men who travelled to Toronto for short periods of time.

“We’re tracing his whereabouts as far back as we can go, essentially,” Detective Sergeant Hank Idsinga told reporters during an update on the case in February. He later added: “There’s hundreds of outstanding missing persons occurrences we’re looking at.” Police are also looking into multiple unsolved murder cases and potentially suspicious sudden deaths.

The OPP says it is co-operating with Toronto police to look into files in its jurisdiction with potential ties to Mr. McArthur. But it is too early to say whether that is the case for Jon Riley. “It’s being looked into, but hasn’t been ruled out or linked at this time,” OPP Staff Sergeant Carolle Dionne said.

She added that she could not comment on details of the Riley file but said, “I can assure you that the OPP takes every missing person investigation seriously and follows up on every lead.”

‘We tend to think they can take care of themselves’

Ms. Riley’s consternation with police is a common grievance for the families of Canada’s missing, especially when the missing person is a man.

“We tend to be dismissive of missing men,” said Lusia Dion, who runs Ontario’s Missing Adults, a website that compiles missing persons cases in the province, and doubles as a support and advocacy group for their friends and families. “We tend to think they can take care of themselves.”

Ms. Dion’s database, which includes many cases not in public registries managed by police forces, includes pages on some 400 long-term missing adults and more than 100 unidentified remains. “That’s just a fraction of it,” she said. The OPP estimated in 2014 that Ontario alone has upward of 1,500 long-term missing.

The resource set up by Ms. Dion, and managed by a team of volunteers, has become an important reference for many families, who can submit information directly to the site. She said the McArthur investigation has prompted a number of families to reach out with information on a loved one.

Ms. Dion said police have, in recent years, with the increase in interest in missing person cases driven by social media, been less inclined to be forthcoming on missing persons cases.

“There’s a consequence to the police shutting down,” she said. “There’s a balance that needs to be met. And we’re not there anymore.”

Ms. Dion said that support services can be scant for the families of missing adults, especially men. Ms. Dion said the results of that lack of support are evident in the case of Mr. McArthur.

Many family and friends of Mr. McArthur’s alleged victims sat in that limbo for nearly eight years while police said they had no evidence of foul play, but also had no other explanation of where the missing men could be.

Ms. Riley said the police’s reluctance to record missing persons reports means they miss out on the opportunity to notice if those disappearances are part of a pattern.

“If there’s no data of these missing persons, you’re basically supporting a serial killer,” she said.

She said convincing police that it was out of character for her brother to break contact with his family took months of persistence. “It’s beyond an uphill battle. You’re completely ignored by the police.”

Joan Cannings, a friend of the Rileys, repeatedly went to Toronto police in 2013 to try to persuade them to record Mr. Riley as a missing person.

She said they would tell her thousands of people go missing in Canada and that Mr. Riley was an adult who was free to leave his family.

“The police were never rude, but you could see that it’s almost like they were reading from a script,” she said.

A break from small-town life

Mr. Riley disappeared in the spring of 2013, at a time when a special Toronto police probe, Project Houston, investigated the disappearance of three men from the city’s Gay Village. Mr. McArthur is now has been charged with the murder of two of those missing men.

Unlike many of Mr. McArthur’s alleged victims, Mr. Riley is white, but his sister noted that his situation is similar to that of another man Mr. McArthur is accused of murdering, Dean Lisowick.

Mr. Lisowick was a transient who did odd jobs. Ms. Riley said her brother stayed in hostels and at the Salvation Army when visiting Toronto because he was frugal, and would take landscaping jobs.

Ms. Riley’s sister also lives in Hawaii, but the three siblings grew up in Toronto. At the time he went missing, Mr. Riley lived with their mother, Noreen, who had retired to Meaford, near Owen Sound.

He often travelled, but always kept in touch with his family while he was away. A freelance web designer who also did painting, he visited Toronto when he wanted a break from the small-town life, Ms. Riley said.

In late April, 2013, he left a note for his mother: “Mom gone to Toronto for a couple of days.” Then he disappeared.

Because of privacy laws, Ms. Riley could not access her brother’s bank records, medical files or e-mail account to look for anything that might indicate something bad had happened to him. And without more information, she could not support her argument that his disappearance was abnormal.

“Our dear brother was a missing person and nobody cared,” she said.

Eventually in the fall of 2013, Toronto police referred the Riley case to the OPP detachment in Grey County. In December, nearly eight months after he disappeared, Mr. Riley was officially declared missing.

Ms. Riley said she was assured her brother’s case would be recorded in the RCMP national database for missing people. A year later, she found out it hadn’t been done. “I couldn’t believe it. It was beyond my comprehension.”

Of the seven men who have disappeared from the Village since 2010, only one, Skandaraj Navaratnam, was entered into the RCMP database. Mr. Navaratnam was only added because police believed him to be the victim of a suspected cannibal, a lead that later proved to incorrect.

Adding names to that database is a decision made by the lead investigator. When asked in February why police failed to use that resource in these missing persons cases, Toronto Police told The Globe and Mail that they employ the RCMP public database only when they suspect foul play.

Even with police actively investigating Mr. Riley’s disappearance, his family is facing bureaucratic challenges and frustrated by the lack of updates. Ms. Riley, her sister and their mother couldn’t agree which shoulder had the scar. Her voice breaking, she said they contacted the Toronto Orthopedic Hospital, where Mr. Riley had the surgery.

“Why do they have to torture us with these questions?” she said. ″… Why do I have to process all this information on my own, … with these cryptic responses from the police? I understand they have to protect their evidence. I understand that. But in doing so, it’s devastating for the families. They’re just giving us enough information to devastate.” 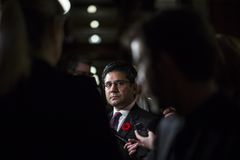 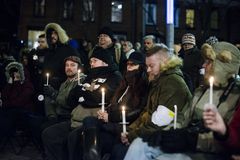 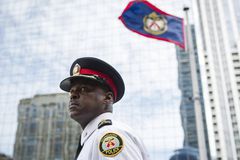