After more than 80 years, Royal Canadian Legion Branch 256 – the only Jewish branch in Toronto – has closed its doors.

It’s the latest example of a trend in the Greater Toronto Area and across Canada in which Legion branches can no longer afford the cost of keeping up their spaces because of falling membership rates.

Branch 11, near Danforth Avenue and Main Street in East Toronto, for instance, is looking for a new home while its old building is demolished. In its place will eventually be a new condo, into which the branch will move when completed. It follows Branch 258 in Scarborough, which voted to sell its land in May.

Unlike the others, Branch 256 doesn’t have real estate to keep up – “just a declining membership,” president Shelley Rosen wrote in an e-mail.

Legion membership has been falling nationwide for some time now – from about 604,000 members in 1984 to 275,000 today – meaning once-thriving branches are struggling to make ends meet, or closing altogether. Older veterans are dying off, and younger ones aren’t taking their place.

“Eighty per cent of our membership is over fifty-five years old,” said Royal Canadian Legion Dominion President David Flannigan. “That kind of sums it up in a nutshell.“

To try to boost their numbers, branches are looking to attract younger veterans, such as those returning from Afghanistan. But while Legion hall regulars can spend hours at the euchre table, millennial veterans are harder to draw in with the old staples.

“My son’s … in the Air Force, and he sees no attraction in the Legion,” said Ross Toms, treasurer of Branch 375 in Richmond Hill.

Vince Wadden, president of Branch 582 in Mississauga, said his branch was in a good spot financially, but faces an existential threat because of low membership for young veterans.

“It’s very, very hard to get the younger generation in. They think it’s an old folks’ home,” he said. “They don’t consider themselves veterans, because of how young they are ... and that is not right. They are veterans, and we would love to open the doors to them.”

It’s a problem of which Jeff Paulin, first vice-president of Branch 11, is well aware, which is why he’s enlisting the younger members of his Legion to help design the branch’s new space, which will include a restaurant and computer room.

“Out there, we have thousands of modern vets,” he said. “We have to be more conducive to an atmosphere that they would be partial to come and join. We do have a couple, but we’re missing the mark big time.”

Mr. Toms said the Legion could work on its diversity, too, given the changing nature of Canada and its armed forces.

“How do I say this politely? We do not need to see so many white faces around the Legion,” he said. “We need to see some other ones, too.”

When it comes to the future of the organization, some branch leaders are hopeful – but some are preparing for a future without the Legion.

Mr. Flannigan said they were “slowing the bleeding” on a national scale; membership was only down 1 per cent this year, “which is absolutely phenomenal,” he said. “We’re usually down 7 to 8 per cent, so what we’re doing is catching on.”

On a local scale, however, problems persist. Mr. Toms says that while his branch has a good president, once he’s gone, there is no one next in line for the job.

“We may end up having our mortgage all paid off ... and have to close the doors because we haven’t got the people to run the show,” he said. “If we close our doors, there may not be an organization ready to be able to step up to look after our area for a poppy campaign. And then the community – the hospitals, the hospices, the retirement homes, the veterans’ associations – have lost that $50,000 to $80,000 that we give out.”

Mr. Wadden said he could see more branches closing down in the near future.

“There’s a lot of veterans that are passing away,” he said. “I can see within the next three years that Legions are going to be slowly disappearing. And that’s a very sad thing. Very sad.”

Mr. Paulin, on the other hand, said he’s feeling “very positive” about the future, as his branch’s new, less-expensive home will allow members to focus on creating a space where everyone feels welcome.

“I’d like people not to look at the Royal Canadian Legion as just a place for veterans,” he said. “It is a home for veterans, and it’s raising funds for veterans ... but its doors are open to the community.” 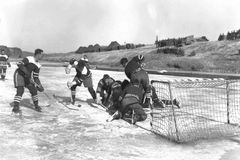 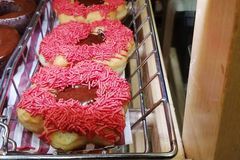