People driving in the Haliburton Highlands of Ontario this month might stumble on the somewhat incongruous sight of a red canoe being portaged down a country road, with no obvious lake destination around.

The 15-kilometre portage to nowhere was dreamed up by Kevin Stewart as his part of a charity event that had to undergo a fast rethink when the pandemic hit. Since 2006, the Canoe Heads fundraiser, which supports sending lower-income children to camp, was a group event starting in the centre of Toronto.

Before the pandemic, the event consisted of a 7½-kilometre-long portage through downtown Toronto, followed by a paddle back to the start. If you’ve ever seen dozens of canoes being carried along the Martin Goodman Trail that parallels the city’s waterfront, you’ve likely spotted the Canoe Heads.

But COVID-19 forced the organizers to turn the May 30 event into a bunch of individual activities that will be woven together on social media. While the result may be some loss of camaraderie, the new format has for the first time allowed people who can’t travel to Toronto to participate as well. And for Mr. Stewart, the recent weeks of isolation will help make the long, painful carry a little bit sweeter.

“At a time where we’re stuck inside, maybe being stuck outside for a 15K portage isn’t that bad,” the high-school science teacher said. “If this takes me, like, the whole day … what a nice opportunity to [be] outside for the whole day.”

Charities have already been raising the alarm that the economic crisis brought on by the pandemic poses an existential threat to their operations. Ottawa has included them as part of its bailout, but fundraising could be a particular problem as signature events are derailed. The changes at the Canoe Heads event, run by Amici Camping Charity, are part of a wave of adaptations by charities as organizers think creatively about how to hold their biggest fundraisers.

The Manulife Ride for Heart next month, normally a mass-participation cycling event, is now a self-directed “ride, walk, run [or] cartwheel” done on the day of the participant’s choosing. A walk for Kids Help Phone, sponsored by BMO, is being converted into a dance-a-thon later this month.

“Anecdotally, I’m hearing across the organization that people are really excited,” said Sonya Kunkel, head of loyalty, purpose and sponsorship at BMO.

“Some are a little bit uncomfortable about getting out there and busting a move online, on video, but for the most part people feel pretty pumped about it and excited about it. It feels fresh.”

The WWF-organized climb of Toronto’s CN Tower, scheduled for the first week of April, was one of the first events to change gears. Carey Suleiman, World Wildlife Fund Canada’s director of community giving and marketing, said it started gaming out scenarios at the start of March and knew by the 13th that they would have to adapt the event.

A 77-year-old woman used the stairs of a nearby condo to reach the total. The chief executive of WWF Canada skipped rope in her backyard 1,776 times. Another participant used a step stool to go up and down 1,776 times on her balcony. One guy climbed stairs dressed as the Marvel superhero Deadpool.

“We were just blown away by the creativity of our participants,” Ms. Suleiman said. “It’s one for the books, for sure.”

Other events that have gone virtual include the Ontario edition of the Enbridge Ride to Conquer Cancer. Originally scheduled for two weeks after the Canoe Heads fundraiser, organizers told previous participants Friday that it has been moved to the end of August and the format changed. The opening ceremony will be live-streamed and then riders will do a route and distance of their own choosing — indoors or on the road.

And some new fundraisers have been born from the pandemic. A cycling team that includes Toronto city councillor Brad Bradford last month put on a 24-hour indoor group ride, using the interactive platform Zwift, to support front-line workers at a local hospital. They expected fewer than 20 participants and to raise maybe $20,000. Instead, about 400 people rode at least some portion of the time and the “Crush COVID” event generated around $220,000.

“Riding 24 hours on a bike trainer is a really monotonous activity, and fairly uncomfortable, so we thought uptake might be limited,” acknowledged Mr. Bradford, who said he was off his bicycle for only 78 minutes out of the 24 hours and covered a virtual 805 kilometres.

“Quickly, we started to see that there was an appetite for people to step up and help out where they can. I think so many people are looking to make a difference, it’s just about finding the right avenue or forum for that engagement to put that goodwill forward.”

Robyn Short, the manager of fund development and communications at Amici, which runs the Canoe Heads event, said they are seeing the same sort of goodwill. The event raised $260,000 last year, helping 300 children attend one of 44 summer camps across Ontario, and she thinks this year’s unusual format won’t hurt its appeal.

The rules are flexible enough this year that not everyone doing Canoe Heads will be anywhere near a boat. People can choose how they want to cover the 15 kilometres – or can do camp-style events at home – which has helped attract new participants.

“That’s been a really great blessing in disguise, a silver lining of going virtual is that the physical limitations and geographical limitations of the event are not in place this year,” Ms. Short said.

“It’s cool to see it resonating with a wider audience. People who maybe felt in the past that carrying a canoe over their heads for seven and a half kilometres wasn’t something they wanted to do, or felt they could do, so that’s great.”

But for some of the returning participants, it’s hard to let go of the paddle. Andrea Basen and a few friends have been kicking around ideas and their thinking is coalescing around a multistage event that involves their kayaks.

“I believe we will bike from Leaside to the beaches – portage along the waterfront … find some calm water to paddle and make our way home,” she said in an e-mail this week. “Still working on where to safely stash our bikes/boats but the plan is coming together nicely.”

Editor’s note: An earlier version of this article included an incorrect name for the Manulife Heart and Stroke Ride for Heart. 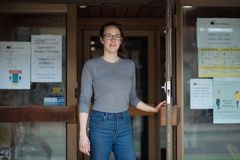 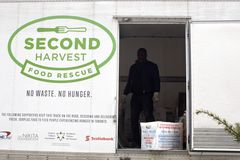 Coronavirus information
The Zero Canada Project provides resources to help you manage your health, your finances and your family life as Canada reopens.
Visit the hub
Follow Oliver Moore on Twitter @moore_oliver
Report an error Editorial code of conduct
Due to technical reasons, we have temporarily removed commenting from our articles. We hope to have this fixed soon. Thank you for your patience. If you are looking to give feedback on our new site, please send it along to feedback@globeandmail.com. If you want to write a letter to the editor, please forward to letters@globeandmail.com.
Comments