One of the St. Michael’s College School students charged in an alleged gang sexual assault last fall has had all of the criminal charges against him withdrawn.

During a brief court appearance on Wednesday morning, Crown prosecutor Erin McNamara said after a comprehensive review of the case, prosecutors determined there would be no reasonable prospect of conviction against this particular student.

The teen, whose identity is protected under the Youth Criminal Justice Act, had faced charges of assault, gang sexual assault, and sexual assault with a weapon relating to an alleged attack in a locker room at the all-boys Catholic private school last November.

After court on Wednesday, the boy’s lawyer, Brian Heller, declined to comment on why his client’s charges were withdrawn, other than to stress the importance of presumed innocence in the courts. “I’m just so grateful that it’s over for him and for his parents,” Mr. Heller said.

This marks the first resolution in the high-profile St. Mike’s case, which was sparked by media inquiries after cellphone footage of the alleged attack surfaced on social media last November. The subsequent police investigation – which ultimately uncovered a series of incidents connected to one of the school’s sports teams – resulted in the expulsion of seven students, as well as the resignation of the school’s top two officials.

Through a spokesperson, the school declined to comment on Wednesday.

A final report by the school’s Respect and Culture Review Committee – a four-person panel assembled in the wake of the scandal – will be delivered to the school’s board of directors at the end of this week, according to a statement on the school’s website.

Some of the committee’s preliminary findings were made public in the spring, including a “time-sensitive recommendation” to reinstate the school’s football team, which had been cancelled in the fall for both the remainder of the current school year as well as this coming 2019-20 school year. The basketball program was also originally suspended, although it was later reinstated.

Lawyer Mark Sandler, who is chair of the committee, said at a town hall in May that they had heard from a number of parents who felt it was unfair to cancel the football programs. They argued the program provides valuable character-building opportunities and also benefits students academically.

In his presentation to the school community, Mr. Sandler said the committee was satisfied that reinstating the football program in the coming school year, “if and only if it is coupled with effective measures to prevent or address hazing in particular and bullying more generally, can better serve the student body while promoting a safe and healthy environment within the school.”

As part of the committee’s review, anonymous surveys were completed by current students, alumni and parents. While it concluded that hazing is not prominent in the school’s culture (about 5 per cent of current students reported being hazed), it did find that close to a quarter of current students – 22 per cent – described being victims of sexual, physical and verbal bullying. The panel noted that this is comparable to bullying levels reported by boys of similar ages across the country.

“The surveys revealed that bullying has had a profound impact on most of these students,” Mr. Sandler said.

In a statement posted to the school’s website on Wednesday, they said the committee will be submitting their final report to the board of directors by the end of this week. This will be followed by a special board meeting on Aug. 13, where the committee will speak with interim president Father Andrew Leung and principal James McKinnon.

The report will then be made available online by Aug. 16.

In their statement on Wednesday, the school said their administration and board of directors have committed to implementing the committee’s recommendations.

Until the final report is published, the school declined to comment further.

“We very much look forward to receiving the Respect and Culture Review Committee’s report and recommendations,” Father Leung said in the statement. “A great amount of time, effort, thought and expertise has been brought to this process by the Committee members.” 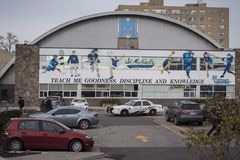 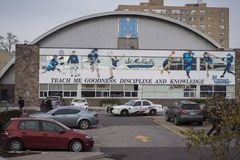