There’s a hot new idea in city planning: Build the way we did 100 years ago.

The concept is known as “the missing middle.” It refers to apartment buildings of middling scale, which were common in 1920. They’re a bit larger than houses but smaller than towers. They have been missing from cities for three generations; city leaders have been determined to “protect” house neighbourhoods from these apartments.

The term “missing middle” was coined by California-based planner Daniel Parolek, who argues in his new book that we need to bring these structures back. He’s right. But that alone will not solve the housing crisis in prosperous cities.

His new book, Missing Middle Housing: Thinking Big and Building Small to Respond to Today’s Housing Crisis, is a crisp and clear explanation of the idea. In it he explains why it matters now, and how – through big changes and subtle policy tweaks – people in government can bring these buildings back.

Mr. Parolek’s agenda is conservative and cautious. “Missing middle” buildings are generally four storeys or less, not too wide and roughly the scale of houses. They have a low “visual density,” he writes. In other words, people don’t perceive them as being full of people, and yet they typically contain four to a couple dozen apartments.

They work in “walkable” places. In Toronto this means Shaughnessy or Leaside. On the island of Montreal, where the middle has never been missing, it means almost anywhere.

However, such buildings are largely forbidden by planning rules, which have created a century of economic segregation. Although small apartment buildings were widespread in North America prior to 1940 – and later, in some places – governments squeezed them out. It was said that they attracted the wrong sort of people. Those attitudes shaped our current reality.

From my morning walk, some serious missing middle. C. 1910. One house lot; 32 homes. This kind of “gentle density” could make a real impact if we let it. pic.twitter.com/uOGKFI4E8T

That’s a problem. Mr. Parolek believes that the coming wave of elderly people in the United States and Canada will significantly change the housing market. They’ll want to downsize into lively neighbourhoods. “At the same time, we’ve seen many millennials have a strong desire for urban living,” he added. Plus, roughly a third of U.S. households are now single person (it’s similar in Canada).

“These are not small changes. We need a wake-up call to change how we plan and how we build.”

Others agree. In Canada, Edmonton’s planners are actively pursuing this form of development. In the City of Toronto, the discussion is evolving rapidly. In 2019 I co-edited a book, House Divided: How the Missing Middle Will Solve Toronto’s Affordability Crisis, which draws on Mr. Parolek’s ideas. Basically, it’s time to loosen up the rules – to allow families to split up their own houses, neighbours to form co-ops and small-time developers to build housing.

Hyper-expensive Vancouver has already made strides toward the missing middle, with a controversial series of policy changes to its house neighbourhoods. But the idea is being misused. Some prominent anti-development voices in that city, such as UBC professor and urban designer Patrick Condon, are hostile to towers and big development. They suggest that the missing middle is all the city needs – that if magnanimous homeowners construct little buildings in their backyards, that’ll solve everything.

Mr. Parolek is crystal clear on that. “I am an urbanist, and I would live in Manhattan if I could afford it,” he told me. “Some places absolutely need more intense forms of housing.”

He calls for a large new supply of market housing, and a large supply of subsidized housing.

“But towers won’t go everywhere,” he said. “And I feel the missing middle is the sweet spot that a lot of people are looking for.”

Will they find it?

Opinion
Should development hit a beloved dive bar? Or our backyards?
September 9, 2020 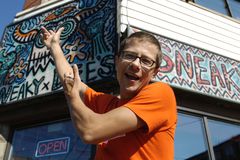 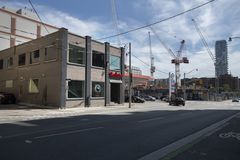 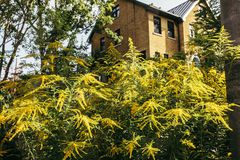