As a commemoration ceremony marking the one-year anniversary of Toronto’s Danforth shooting came to a close, a throng of well-wishers congregated around Danielle Kane, one of the 13 survivors of the rampage. Waiting quietly at the back of the line was Detective Tracey Hutchings, who briefly tended to Ms. Kane after a bullet tore through the young woman’s left side, shattering a vertebra. It was the first time the officer had seen her since the night in question.

When she finally made it to the front of the line, Det. Hutchings leaned in and whispered in Ms. Kane’s ear: “I’d wanted to reach out earlier, but I just couldn’t. I’m so happy to see you thriving.”

They embraced and then Det. Hutchings let others have their turn.

Ms. Kane, 32, now uses a wheelchair and doesn’t have feeling in her legs, but she hopes to resume nursing school in the next year or so.

“I try to be positive,” Ms. Kane said. “I focus on the things that are going well. There are things I don’t have any more and there’s no shortage of tears for that. I lost a lot. I did. But I’m still here. Reese and Julianna are not, so I have no reason to complain.”

On Sunday, several hundred people gathered in Greektown’s Withrow Park to honour the lives of 18-year-old Reese Fallon and 10-year-old Julianna Kozis, who were fatally shot one year ago Monday, and the 13 people injured in the tragedy.

The half hour ceremony was led by Toronto Police Services chaplain Rev. Wendell Gibbs. “We come with broken hearts offering our comfort and support,” he told the solemn attendees. Friends and family of the victims, as well as survivors, Danforth residents, first responders, politicians and others who wanted to pay their respects filled the rows of chairs in front of the stage and the surrounding grass. The names of the two slain girls were read aloud and the crowd observed a moment of silence in their memory.

“Reese made everything an occasion,” her friend Siofra Mcmanus, 18, said afterward. “Getting coffee or listening to music. We were just always laughing.”

Fabien Tiburce didn’t know any of the victims, but he has lived in the area for 2½ years and felt it was important to attend the ceremony. He and his two sons, aged 6 and 10, put down a white blanket in a shaded area facing the stage. It’s not lost upon Mr. Tiburce that his eldest is the same age that Julianna Kozis was last summer, when she was fatally shot while getting ice cream with her family a block north.

Mr. Tiburce had been at a dinner party that night. He remembers seeing a body under a tarp and police in tactical gear running through the alleys on his way home. It was a scene he could never have imagined unfolding in his happy little corner of the city.

“That fountain, where one of the shootings happened, we spend an inordinate amount of time there with the kids. So does everyone. This hit the community in the heart,” he said.

It was just after 10 p.m. on Sunday, July 22, 2018, when a lone gunman in dark clothing opened fire on a busy stretch of Danforth Avenue.

Ms. Kane and her partner, Jerry Pinksen, now 35, had been celebrating a friend’s birthday at the 7Numbers restaurant, when someone ran through the doors screaming that a person had been shot. Ms. Kane was a nursing student and Mr. Pinksen worked as a nurse in an emergency department. Both ran outside to see if they could help.

“I was barely through the door when I saw him,” Ms. Kane said. “He was standing there, with no purpose and the next thing I know his arms are up and there’s a red flash and I hear the gunshot. I had just enough time to turn.”

The bullet went through her left side and then came out the right. She collapsed. They got back in the restaurant and Mr. Pinksen began administering first aid. By this point, Det. Hutchings had been dispatched to the scene. As she passed the restaurant, a staff member yelled at her that there was a victim inside.

“I was there very briefly. [Mr. Pinksen] was a nurse and taking care of her, so I ran out to get an ambulance. … It was the worst night of my career,” the officer said. “There are no words.”

Mr. Pinksen says he still deals with trauma and anxiety from the night, but the focus is on Ms. Kane. The pair used to live near the Danforth, but have had to move because their place wasn’t accessible for her wheelchair.

“If it wasn’t for the support of people in the city ... without it we know we’d be in a darker place,” he said.

The shooter, 29-year-old Faisal Hussain – who shot himself that night – had a preoccupation with violence. The day after the shooting, Mr. Hussain’s family released a statement saying that he had struggled with mental-health issues, including depression and psychosis. In the days and weeks after the tragedy, many raised questions about how an individual such as Mr. Hussain was able to obtain a gun. Survivors and families of the Danforth shooting victims have called on Ottawa to enact stricter gun laws.

On Sunday, Toronto-Danforth city councillor Paula Fletcher said that is an important discussion – for another time.

“Today is not about the handgun debate. This is the moment to remember Reese and Julianna and to send our love to the victims of violence, the first responders, this city and the whole community who has rallied so strongly,” she said. “We want to let everyone know we choose peace and we choose love. That’s what today is about. Tomorrow, we can get to the other stuff.” 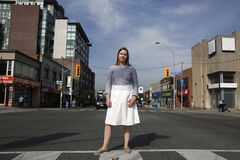 ’It would be terrible if nothing changed:’ Danforth victim’s father resolved to push for stricter gun laws
July 1, 2019 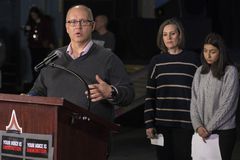 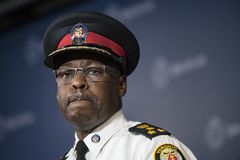