Two of Ontario’s marquee transit projects have costs that far exceed their benefits, according to a pair of analyses prepared for the regional transit agency Metrolinx.

The reports, released Friday afternoon, show that the Scarborough subway extension proposed for east-end Toronto and the westward extension of the Crosstown Eglinton light rail line across the city could, together, cost nearly $10-billion to build while producing benefits amounting to billions less. In spite of this, Metrolinx has recommended both projects be advanced.

The analysis deliberately errs on the side of caution and Metrolinx hopes to improve the benefits of these projects over time, agency CEO Phil Verster said in a statement.

The benefits are calculated by assigning a monetary value to such things as removing cars from the road and saving commuters time.

Shelagh Pizey-Allen, spokesperson for the advocacy group TTCRiders, said the projects were examples of proposals pitched with a modest price tag, but costs rose and value diminished over time.

The Metrolinx board received these reports at an in-camera meeting in January and, at the time, quietly approved pushing ahead with the projects. The agency refused to release the reports when asked earlier this month.

Both projects are being overseen by the provincial government, which struck a deal with the city of Toronto that handed over control and financial responsibility for major rail construction to Metrolinx.

A spokeswoman for Transportation Minister Caroline Mulroney said the government would continue to support both projects.

“These [reports] represent Metrolinx’s best understanding of the projects at a given moment in time and are inevitably subject to change during the projects’ life cycles,” Christina Salituro said in an e-mail.

“These documents are key elements in ensuring Metrolinx continues to make the most informed decisions going forward and are just one of a number of factors used in making a final decision.”

The subway project in Scarborough has been hotly debated in Toronto since 2013, when its backers won council support for cancelling a light-rail line in the area and replacing it with an extension of the subway to Scarborough Town Centre mall.

The analysis released Friday of the subway extension concluded it would bring $2.8-billion in benefits over a 60-year period, and cost about $5.5-billion to build. The Ontario government had last year pegged the cost at this level, which is about $2-billion more than the amount budgeted by the city when it was in charge of an earlier version of project.

“That subway is not going to be cost-effective,” said Brenda Thompson, with the advocacy group Scarborough Transit Action, adding that such a high price tag would preclude building anything else in that part of the city.

“I think this is going to suck up all of the money and I think politicians should be upfront about that. This is what we’re going to end up with, if at all.”

Toronto Councillor Josh Matlow, who has long advocated for the original plan for light rail instead in Scarborough, said that the report is another example of the claims of subway boosters being proved wrong.

The city had budgeted $3.56-billion for a one-stop Scarborough subway extension. During the last election campaign, now Premier Doug Ford pledged to add two more stations. The version being studied by Metrolinx includes the additional stations.

The newly released analysis for a light-rail extension of the Crosstown to Pearson International Airport shows that it will cost up to $4.4-billion, net present value, in 2019 dollars, if it has nine stops and is substantially below ground. In that form it would bring benefits of $1.4-billion over 60 years.

The project’s capital cost could be reduced to about $2.8-billion if most of the stops were removed, the analysis notes, or to as little as $2.1-billion if it was built on the surface.

Mr. Ford has pledged to bury as much of the Crosstown extension as possible. 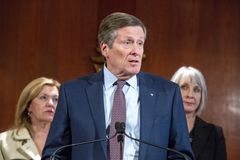 Automation will mean the end of an unusual, but effective, safety practice on the TTC’s Yonge line
February 25, 2020 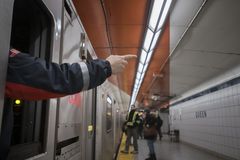