A Black man who was beaten more than three years ago by an off-duty Toronto police officer has dismissed an apology from the force’s interim chief as a public-relations stunt.

Chief James Ramer offered a public apology to Dafonte Miller at a news conference Thursday, admitting that the service was wrong in not notifying the province’s police watchdog after the then-19-year-old lost an eye when he was assaulted by Michael Theriault in Whitby, Ont., in December, 2016.

Constable Theriault and his brother Christian, a civilian, were each charged with aggravated assault and attempt to obstruct justice. Constable Theriault, who remains employed by the Toronto Police Service, was convicted in June of the lesser charge of assault. His brother was acquitted. The Crown has appealed both verdicts.

“For the first time yesterday, the Toronto Police Service finally acknowledged that they were wrong for not notifying the SIU of what Michael Theriault did to me,” Mr. Miller said Friday in a statement shared by his lawyer, Julian Falconer, on his website.

“Sincere apologies are important – public relations exercises are not. I believe that true accountability comes from professionals owning up to their mistakes. I have never heard from former chief [Mark] Saunders. Until yesterday morning, minutes before he went public, I had never heard of Interim Chief Ramer. Sadly, this does nothing to build bridges – they are simply making it worse for me and my family.”

Mr. Miller filed a complaint in 2017 with the province’s Office of the Independent Police Review Director (OIPRD), which probes civilian complaints against police, alleging that officers of both the Toronto force and the Durham Regional Police Service – the force that responded to the assault and initially charged Mr. Miller instead of Constable Theriault – tried to cover up the assault.

On Thursday he was provided with an initial report by the OIPRD, which looked at the role of then-chief Mark Saunders, who Mr. Miller had complained failed to contact the Special Investigations Unit, which probes all Ontario police interactions that result in serious injury, death or sexual-assault allegations.

The 12-page report – which was shared by Mr. Falconer – concluded that the complaints against Mr. Saunders (who retired last week) were “unsubstantiated” because the chief only became aware of the assault months after the fact. But the OIPRD also noted that the chief – who had “concurred” with his officers’ decision once he did become aware, “because Constable Theriault had effected a citizen’s arrest while off-duty” – had misunderstood the rules around SIU notification.

Police are required to notify the SIU any time an officer is involved in an incident that results in serious injury – regardless of whether the officer is on or off duty at the time. “The discretion as to whether off-duty conduct ought to be investigated is within the exclusive purview of the SIU director,” the report said.

The OIPRD noted that allegations in the case against other police officers will be addressed in subsequent reports.

For Mr. Falconer, one of the most pressing issues that remains is the role Detective John Theriault – Constable Theriault’s father and, at the time, a senior officer in the Toronto force’s Professional Standards Unit – played after the assault.

In the initial complaint to the OIPRD, it was alleged that the elder Theriault had “repeatedly contacted [Durham Regional Police Service] investigators to gain information relating to the status of the investigation.”

The Toronto Police Service confirmed Friday that John Theriault retired on Feb. 1 – at which time any internal investigation into his actions would have ceased.

“There seems to be an extraordinary turnover at the senior ranks with respect to people who are involved in this case,” Mr. Falconer observed.

In addition to Mr. Saunders and Mr. Theriault, Toronto police Inspector Ed Boyd, who was the service’s “SIU designate” at the time, retired in June, 2018 (he declined to be interviewed by the OIPRD but answered questions via e-mail). Chief Paul Martin of the Durham force announced his retirement last month.

“You can’t retire out of a civil suit,” Mr. Falconer said, noting that the civil suit has been put on hold while the criminal proceedings continue. “Sometimes they get settled, and so do I have complete confidence that John Theriault will be under oath and we’ll learn the truth? I can’t say that I do. What I can tell you is my instructions are to pursue this matter with absolute commitment to the truth coming out about the roles of the various players.” 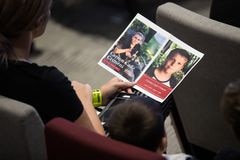