For centuries, cities were built by mostly men. These planners, architects and politicians created places that worked for them, and it was only much later that the idea of gender-neutral design emerged. But an increasing number of people are questioning whether that shift has still left women shortchanged.

If men and women need different things from their city, the argument goes, trying to design for a universal every-person will subtly disenfranchise half the population. Particularly if default assumptions skew male.

The concern plays out most starkly in areas of public safety: Are streets lit enough that women feel comfortable walking? Is greenery in parks managed with an eye to preserving sightlines? But the issue is more diverse than that, encompassing everything from transit planning to which people get streets named after them. At its core, it’s about the ability of women to inhabit their cities as fully as men do.

Toronto was once a prominent voice on this issue, according to Councillor Kristyn Wong-Tam, introducing safer city guidelines in the late 1990s. This led to changes such as women being able to get off surface transit between regular stops, an option now offered to all passengers. But the councillor worries progress has stalled, noting that city staff have not fulfilled her 2016 request to update the decades-old guidelines.

Other cities, meanwhile, have pushed ahead – even when such ideas have not necessarily been warmly received. In Vienna, a world leader in this concept, planners ignored those who snarked that this might lead to roads painted pink.

“While you might, you know, laugh about it a little bit, when you find out that, in fact, people are limiting their own opportunities for access to education, for leisure, for employment … then you see the city in a different kind of way,” said Kathryn Travers, executive director of the Montreal-based NGO Women in Cities International.

Historically, women were often kept home through legal and social rules, or required to have a male companion in public. While this persists in some cities, even progressive municipalities make subtle decisions that restrict women’s full participation in the public sphere.

This can be as simple as park furniture designed for a default body size that skews male, leading to public seating that is uncomfortable for women. Or it can be transit schedules geared toward commuters instead of midday users, who are more likely to be women.

Lorna Day, the director of urban design for the city of Toronto, says “baked-in biases” are everywhere.

Staff recently unearthed one buried in the terms of reference for wind studies, which date back decades. The standard person was assumed to have a surface area of 1.8 square metres, similar to an adult male and not allowing for the fact that a woman or child might be smaller and less able to tolerate wind.

“It wasn’t until we, you know, started to update the terms of reference that we discovered that bias,” she said. “There’s a generation of architects and designers that were trained to build to the universal man ... and it’s a generation away from correcting that still.”

Ms. Day said staff “trust-test” policies, such as checking that a proposed sidewalk dimension can fit both a stroller and wheelchair, to make sure they work for all users. But they start from a gender-neutral approach, unlike cities that have made a goal of targeting efforts specifically toward women.

For example, planners in Vienna found that boys and girls used parks differently, with the boys colonizing the space as they got bigger. To prevent this, and to keep girls coming to parks as they grew to adulthood, the city redesigned these venues to ensure there was room for different types of use.

Stockholm decided in 2015 that some sidewalks needed to be cleared of snow before roads to address the vulnerability of pedestrians, who were predominantly female. Particularly bad congestion after a snowstorm the following year led some conservative media to dismiss the idea as foolish, but the policy continues.

Changes such as this can encourage women to participate more in the metaphorical public square. And to the extent that these policies promote walking, they can have meaningful effects on health.

Research led by Tim Althoff, now an assistant professor of computer science at the University of Washington, found that women took fewer steps each day than men in every one of the 46 countries they studied. In the 2017 study, published in Nature, Canada fared worse than most for activity inequality. The country’s 1,200-step daily differential between men and women – equivalent to a 10- to 15-minute walk – ranked it in 39th place for the size of its walking gender gap.

Prof. Althoff, whose paper showed that increases in walkability had a greater effect on women’s daily step-count than men’s, noted that there are tangible ways policy-makers can address this gap.

"Do you even have a sidewalk? How much access do you have to, I don’t know, schools, grocery stores, jobs? Can you access them, for instance, through public transportation or walking?” he said.

“Those tend to be really fundamental factors for getting steps in throughout the day. I definitely believe that safety plays a huge role in that, but there’s also these other factors.”

The importance of safety, though, is predominant. A city that wants women to have full access to public space has to make it safe. And while responsibility for predatory behaviour lies, ultimately, with predators, urban design can have an impact.

Discouraging buildings that offer a blank face to the street can minimize a sense of neighbourhood isolation. Policies that encourage nightlife can produce an area that is lively instead of forboding. Not building pedestrian overpasses can prevent a potential trap. Promptly fixing burned-out lighting can discourage negative behaviour.

Nadia Halim, who founded the walking group the Toronto Company of Flâneurs and Flâneuses, says that she feels the city is safer than her former home of Ottawa, where the streets were much quieter. She also believes women have to push back at the idea that they shouldn’t be out alone at night. But she acknowledges that she is more mindful walking alone than in a group.

“It can be an unsettling experience … you’re hyperaware about potential risks,” she said.

This leaves women unable to walk as freely in a city as a man. Instead, many stick to certain routes, pretend to talk on the phone, carry ad hoc weapons such as keys and take more expensive transportation options, such as taxis.

Extensive research indicates that the concern is founded. Although the tally varies from survey to survey, the overwhelming majority of women will be harassed or menaced on the street at some point in their life.

It’s a day-to-day reality that can carry lasting impacts. According to experts, the effect of street harassment is so strong because it can weigh on the mind even when it’s not happening, and because it carries with it the fear of an escalating situation.

A 2000 paper in the Journal of Research in Crime and Delinquency, based on Canadian data, found that street harassment by strangers was “a key determinant of perceived safety among women.” And a Cornell University survey for the activist group Hollaback found that one in seven Canadian women who had been harassed on the street missed work as a result and more than one-fifth missed school. Nearly one-third had moved or considered moving homes because of such harassment.

“Whenever we’re talking about changing behaviour, certainly design is not going to be the solution alone. Social norms absolutely have to change,” said Lauren Ferreira Cardoso, a doctoral candidate in social welfare at the University of Pennsylvania who focuses on gender-based violence.

“But I do think, of course, public policy and behaviour change go hand in hand in making substantive differences in the way women, people of different genders, can use public space.” 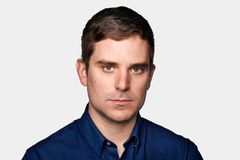 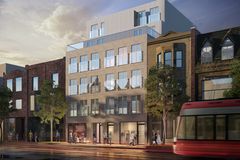 How city planners use data to make decisions about infrastructure
March 4, 2019 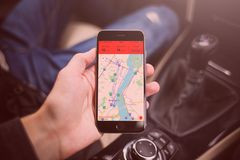