Nina-Marie Lister does not believe in lawns. The front garden of her house in Toronto’s Hillcrest Village neighbourhood has no cut grass; but it does have milkweed, boneset and black-eyed Susans, among other plants largely native to the region.

“It is a lush and layered landscape,” says Prof. Lister, an urban planner and ecologist. “But I suppose it depends on what you see when you look at the garden.”

Some of her neighbours see a mess. Prof. Lister and husband, Jeremy Guth, were recently served with a notice from a city bylaw officer: The state of their property is not in keeping with Toronto Municipal Code’s chapter about grass and weeds. This is a battle Prof. Lister, who teaches at Ryerson University and heads the university’s Ecological Design Lab, is prepared to fight. To begin with: “Weeds is not a scientific term,” she said. “It simply means plants that someone doesn’t like.”

And she argues that the plants in her garden are worth defending.

They work hard. “Birdsong, cricket song, pollination and habitat for a wide range of species – our garden provides a lot of services to the neighbourhood,” she said.

Clearly, these services are not understood by some of her neighbours. And city staff, who visited Aug. 20 and promise a followup visit this week, are enforcing a set of rules designed to maintain visual order. Under Toronto’s municipal code, residents need to “cut the grass and weeds on their land” whenever they grow past 20 centimetres.

The Toronto policy is not unusual, and it has been challenged in court before. The former City of Toronto lost a court case in the mid-1990s. The current city lost again in 2002, when the Ontario Superior ruled that resident Douglas Counter had the right to maintain a naturalized garden.

Naturalized gardens are now a widespread phenomenon, such that even the city of Toronto offers an exemption for those who wish to let their plants grow longer.

But Prof. Lister sees this reverse onus as unacceptable. She is ready to challenge a citation from the city in court.

There seems to be a real inconsistency in city policy here. Toronto has adopted a biodiversity strategy, on which Prof. Lister consulted. The city offers grants of up to $5,000 for pollinator gardens. It is planting pollinator gardens within park projects. On the other hand, it operates five golf courses. “And still,” Prof. Lister said, “it requires any of us who want to be more diverse and to sustain life to get an exemption.”

A typical lawn is made up of one type of grass, most often Kentucky bluegrass in North America. A monoculture like this requires irrigation and does not provide biodiversity – an abundance of species of flora and fauna, which support each other and create healthy soil.

“If you picture a web – the more connections there are within a web, the stronger it is,” says natural gardening advocate and author Lorraine Johnson. “The same is true with landscape. The more of those you maintain, the stronger the system is.” For instance, she cites the well-known connection between the monarch butterfly and milkweed.

Worldwide, biodiversity is declining. In 2019, the United Nations Intergovernmental Science-Policy Platform on Biodiversity and Ecosystem Services found that roughly a million species of flora and fauna are threatened with extinction.

Prof. Lister, because of her expertise and experience, said she “feel[s] a responsibility” to challenge the Toronto policy in her own backyard. Even if private gardens are relatively small in area, they add up.

But the aesthetic pressures that come with home ownership remain a problem, not just for her. “There is a landscape aesthetic that’s based on a lawn and a clipped and controlled, formal look. Any dissent from that makes some people really uncomfortable,” Ms. Johnson said.

“I think it’s based on perceiving a landscape of disorder and not seeing the beauty and abundance of nature.” 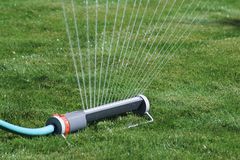 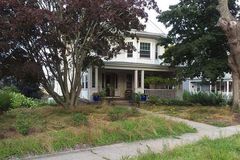 Facts & Arguments
I thought I was a nature lover. Then raccoons started tearing up my lawn
August 17, 2017 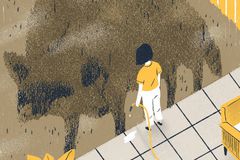