He flew from Britain to Toronto to catch a glimpse of the man accused of killing his brother.

And on Friday morning, Omer Esen was the lone member of the public in the downtown courtroom with a handful of journalists.

Bruce McArthur appeared by video link from a detention centre to hear the latest about his case.

Mr. Esen’s brother Selim is one of the eight men that Mr. McArthur has been charged with murdering. Mr. Esen had not seen Mr. McArthur in court before.

The moment lasted just a few minutes. Mr. McArthur, clad in an orange jumpsuit, was on a television screen in Ontario Court. The Crown said it had handed over all the evidence to the defence. The next court date was set for July 23.

“I want nothing like this to happen again to other people,” Mr. Esen told reporters afterward.

Life for some relatives of the eight men has been a mix of grief, confusion and frustration.

Their situation has also been made harder by language barriers and geographical distance. Two of the men are from Sri Lanka, two from Afghanistan and another one from Iran.

Selim Esen was born in Istanbul and settled in Toronto five years ago. Omer Esen and another brother, Ferhat Cinar, live in London. The rest of the family is in Turkey.

While he was occasionally in touch with Selim by phone and e-mail, Mr. Esen wasn’t aware his 43-year-old brother went missing in April, 2017. He learned that only in January when Mr. McArthur was arrested.

Mr. Esen is visiting Toronto for a week and plans to attend the Pride Parade. He said he has learned his brother’s remains are still needed by the coroner’s office and won’t be released to the family for a funeral until the fall.

He said he hoped there would be an advocate to represent the victims’ relatives as the case makes it way through the justice system.

He supported the idea of a public inquiry into whether the police properly investigated previous cases of men who went missing from the Gay Village. “They didn’t take it seriously. Otherwise my brother and other people might be alive,” he said.

Mr. Esen’s anguish mirrored that of another victim’s relative.

Fareena Marzook was married to Soroush Mahmudi, a 49-year-old resident of Scarborough, in east Toronto, who went missing in August, 2015. Mr. Mahmudi is one of the eight men Mr. McArthur is accused of killing.

“I’ve suffered too much, too much. Now I lost him. My life is gone,” she said in a recent interview at her apartment.

Mr. Mahmudi was born in Iran while Ms. Marzook is from Sri Lanka’s Muslim Tamil minority. A former factory worker, he did construction and landscaping jobs but had trouble finding employment because of a knee injury.

With her husband gone, the money is tight and sometimes she has trouble paying the rent. She remains in her apartment and is afraid to open her door when someone knocks.

“You don’t know who to trust. How do I trust people now?” Ms. Marzook said.

Both Ms. Marzook and Mr. Esen spoke wistfully of their loved ones.

Ms. Marzook burst into tears as she showed her wedding pictures.

In a one-page statement that he handed to reporters, Mr. Esen described his brother’s friendly disposition and inquisitive mind.

“He was too young to leave us,” the statement said. “He had things to do, friends to make, flowers to grow in hearts, life to share!” 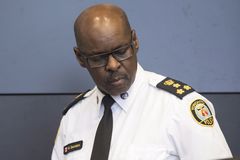