Molly HayesCrime and Justice
Includes correction
Published May 27, 2019 Updated May 28, 2019

The announcement was made Monday afternoon, outside the still-under-construction Egale Centre at Dundas and Pembroke streets. Once open, the site will provide 26 transitional and five emergency units exclusively for LGBTQ youth who are at risk of homelessness. It will be the first of its kind across Canada.

“Any given night in Toronto, 6,000 young people are without a home. One person without a home is too many; 6,000 is unconscionable,” MP Randy Boissonnault, special adviser to the Prime Minister on LGBTQ issues, said.

Research has shown that at least one quarter of homeless youths identify as LGBTQ. It’s a statistic that continues to alarm Ed Clark, former president and CEO of TD Bank, and a major backer of the project. In the years since he started working with Egale, he said Monday, he has discovered that this issue “is bigger and more complex than we all had thought.”

After the federal government’s contribution, the $14-million project is $1-million away from full funding, Mr. Clark said.

Though the shelter is not slated to be completed until early next year, the organization opened a new youth drop-in facility, Egale Youth Outreach (EYO), last week, just a few blocks away on Queen Street East.

The sprawling modern basement unit is much larger than the old location – an upgrade that is needed to serve the 450 to 500 youths who visit each month, a number that continues to rise.

The bulk of the clientele, program manager Lucy Gallo said, are youths from the ages of 25 to 29 – young enough that many have only recently come out, but old enough that they have aged out of other services and supports.

The facility offers counselling and therapeutic services. There is a computer lab and an art room. A library is still being set up, and eventually there will be yoga classes. There are also couches and quiet rooms, where youths can hang out. A highlight is the new industrial kitchen. At the old drop-in centre, workers relied on crock pots. Now they are able to provide their clients with three meals a day.

“This is quite a big deal for us,” Gallo, who uses the pronouns they and them, said. “We notice a big difference when we are offering meals, so now we do it every day.”

The organization also received a grant from Toronto Public Health to run nutrition workshops and cooking classes starting this summer.

Its clients have numerous needs.The needs of their clients are high. Many of their drop-in clients are homeless or precariously housed – in many cases because they have been kicked out by their parents. Many are struggling with mental-health issues or personality disorders. Many have thought about or attempted suicide. Some are newcomers and have fled violence as a result of their gender identity or sexual orientation.

“They are dealing with layers of trauma,” Gallo said. “We pride ourselves on the fact that we have staff with lived experience. So a youth can come here and know they can see someone who is trans ... or someone who is black and queer.”

Zoe Bu, 24, has been coming to the drop-in program since October – though she walked by the old location many times before working up the courage to go in. As an international student from China, Bu, who identifies as gender fluid, said she had a difficult time finding counselling services where she felt understood culturally.

Her struggle with depression was exacerbated when she dropped out of her graphic design program. Sharing a house with eight other people did not help either. By the time she arrived at EYO, she had run out of hope.

Since joining the programs at Egale, she been accepted to OCAD University and had her paintings accepted into a juried exhibition.

The program has helped “on every level," she said.

Editor’s note: (May 28, 2019) The level of funding for the project has been corrected in the online version of this story. 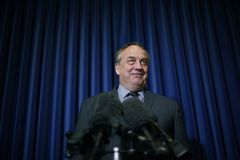 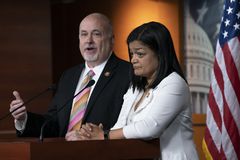 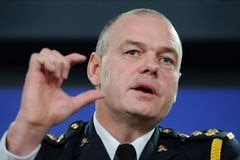