Doug Ford, the man soon to become Ontario’s premier, has said he is “dead against” supervised drug-use sites for addicts. He is dead wrong to oppose them.

Giving drug users a secure place to go means they are not injecting in doorways, stairwells and public washrooms. If they overdose, someone is there to help. That can make the difference between life and death.

We are in the grip of a drug crisis unlike anything Canada has seen. The number of overdose fatalities last year was more than double the death toll at the height of AIDS 20 years ago, a city hall committee was told on Monday.

In Toronto alone, 303 people died of overdoses in 2017, many of them victims of that grim reaper, fentanyl. That is five times the number who died by homicide. Overdose deaths are up 63 per cent from 2016 and 121 per cent since 2015. As the Board of Health puts it, “Toronto continues to be in the midst of an opioid-poisoning emergency.”

A crisis of this scale demands urgent action and fresh approaches. Governments finally seem to grasp that. Authorities are handing out thousands of naloxone kits to reverse overdoses. They are hastening their efforts to bring in better opioid substitutes. They are working on a drug-checking program that would allow users to test their drugs to see whether they contain fentanyl or other toxic substances. Most controversially, they are opening up more supervised drug-use sites, with needles, nurses and other backups at hand. A parade of witnesses told the Board of Health on Monday that these measures are saving lives.

Does Mr. Ford really want to turn back the clock now? His concern seems to be that these sites somehow condone, even promote, illegal drug use. He would rather spend money on preventive measures. His Progressive Conservative government would spend millions on mental health, often a factor in addiction.

That’s fine, but we have to accept that, no matter how many get-clean programs are available, some people will still use dangerous drugs. In this time of poison emergency, many will die. Instead of indulgent or soft-hearted, drug-use sites are a hard-headed response to this reality. If you see a drowning man in a raging river, throw him a life ring first, then lecture him on staying out of dangerous waters.

This new approach doesn’t mean abandoning addicts to their addictions. It might even help them overcome those addictions. Howard Ovens, chief medical strategy officer of the Sinai Health System, put it this way in a letter to the Board of Health. Drug-use sites “not only save lives, they allow the development of relationships with users that can lead to trust and opportunities that support rehabilitation and recovery. The very provision of public facilities can bring users literally and figuratively out of the shadows and back into the mainstream of society where recovery is more likely.”

The chief executive of the Centre for Addiction and Mental Health, Catherine Zahn, also wrote to support the board’s harm-reduction strategy. Drug use, she said, should be treated as “a health rather than a criminal issue, using evidence-informed policies to reduce the burden of injury, disease and disability.”

Health officials around the world are adopting that pragmatic tack. The order-loving Swiss were among the first to try it. Faced with an epidemic of public drug use, they opened supervised-injection rooms and offered free heroin substitutes and clean needles to users.

The consensus among health experts is that harm reduction is the sensible way to go. Mr. Ford shouldn’t overrule them just because it strikes him as improper to have government-funded facilities where people use illegal drugs. What matters is what works. What matters is saving lives.

If supervised drug-use sites are preventing people from dying from the poison in their syringe, then his government should be four-square behind them.

Tent erected in Vancouver as a rebel supervised drug-use site is now one of the busiest in B.C.
May 23, 2018 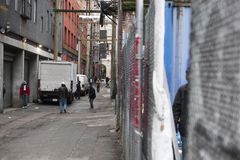 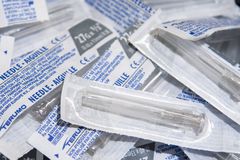 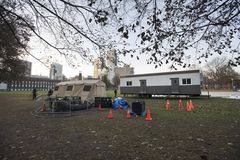