In 1978, when Shigeo Kimura opened his sushi restaurant Sasaya, he didn’t know much about sushi, but then neither did Torontonians.

At the time, there were only a handful of Japanese restaurants in the city. Mr. Kimura had come here from Japan in 1973 to teach kendo. He earned an economics degree and started a landscaping business, but then a friend asked him to partner on a restaurant. Despite zero hospitality experience, Mr. Kimura was game. At first, the pair were going to serve yakitori, until the partner returned from a trip to New York, insisting that diners were going nuts for sushi. He was right.

Shortly after opening, a rapturous review in The Globe and Mail promoted Sasaya while explaining the raw fish dish to a non-Japanese audience: “The garden of sushi delights, each one eaten with a dab of hot green horseradish on seasoned sweetened rice patties. You do it with pickled ginger and your fingers, dipping each sushi in soya sauce.” The endorsement sparked an immediate queue outside the restaurant.

“We couldn’t figure why people were so crazy about sushi,” says Mr. Kimura, sitting in Ginko, his restaurant in the Delta Hotel near the airport.

Eventually he learned that it wasn’t that Torontonians loved sushi so much as they wanted to emulate what was hip in New York.

By the late-1980s, sushi was everywhere. And for a long time, Japanese food in Toronto was almost exclusively sushi. But Japan is a country of culinary genres, restaurants that specialize in tempura, donburi, okonomiyaki, ramen, soba, udon, yakitori, tonkatsu, curry and so on. Even after ramen blew up in the United States in the mid-2000s, Canada slept. Perhaps it seemed at the time that there weren’t enough Japanese in Toronto and no one else would ever understand the value of a good bowl of richly steeped stock, gooey roast pork and noodles with tightly calibrated spring. According to the 2016 census, Toronto has about 5,715 people from Japan. There are twice that many from Somalia or Croatia.

That didn’t matter. In 2010, Vancouver izakaya group Guu launched in Toronto, followed by a horde of competitors serving Japanese pub food in raucous settings. In 2012, ramen rolled into town. Since then, Japanese cuisine has blossomed in Toronto.

In the period since the izakaya and ramen waves, restaurants such as Gushi Chicken, Mr. Tonkatsu, Gyugyuya, Omai, Onnki Donburi, Zakkushi, Hanmoto, Skippa, Akimitsu and Yukashi have broadened the variety of Japanese food genres in Toronto. At the same time, more personal restaurants such as Imanishi and Sakai Bar defy genre while remaining explicitly Japanese. There are shops that specialize in Japanese snacks, soufflé pancakes and mochi doughnuts. There’s even a woman who sells organic, seasonal, local and vegan Japanese sweets at the Wychwood and Brick Works farmers’ markets.

“I’ve lived in Toronto twice,” says writer Nancy Matsumoto, currently working on a book about sake. “The first time was 2001 to 2005. And then I came back in the end of 2016. In the time when I left Toronto and came back, there was this explosion of Japanese stuff happening. It wasn’t just sushi. It was getting more specialized.”

In part, this trend has not been direct from Japan but via Vancouver. Ms. Matsumoto cites Japanese businesses starting on Canada’s West Coast and expanding to Toronto, such as the popular Guu and Kingyo izakaya groups, with employees breaking off to open places such as Imanishi and Ramen Ishin.

“Vancouver was ready for it earlier, because it’s on the Pacific Rim," she says. "If you’ve already established in Vancouver, it’s easy to take the hop and come to Toronto. It’s an obvious step because it’s such a bigger market.”

Sho Ozawa, who distributes Japanese food, drinks and products, remembers the in-between years, the low-quality sushi imitators of the eighties and the all-you-can-eat trend of the nineties, plus an earlier attempt at izakaya in Toronto.

“I wanted them to succeed,” says Mr. Ozawa of Izakaya on Front Street, opened by John Sinopli and Erik Joyal (Ascari, the Broadview Hotel) in 2005. “But Toronto wasn’t ready.”

One major factor that set Toronto up for the izakaya trend in 2010 was the economy. Mr. Ozawa says he believes the global recession left diners looking for something that felt like a deal but still made them feel good about going out. This in turn fuelled the popularity of sake.

Shortly after, Japan’s Ministry of Economy, Trade and Industry launched a campaign dubbed “Cool Japan,” aimed at promoting Japanese culture – anime, fashion and food – to offset a decline in exports of cars and electronics and probably to counter some of the negative associations with the March, 2011, Fukushima nuclear disaster. Shortly after, Japanese cuisine was added to UNESCO’s Intangible Cultural Heritage list.

“The Japanese government had a real impact and push on Japanese food culture. Especially after 3/11,” Mr. Ozawa says. “There was a fear of food from Japan because of the disaster.”

At the time of the accident, Mr. Ozawa had a shipment already en route. When the boat landed in Vancouver, Canadian customs checked it for radiation.

“I remember, everything in our food container, even though it was already on the water, when it arrived in Canada, they inspected every box with a Geiger [counter].”

“People think that Japanese cuisine is defined by ingredients," says Stuart Sakai, as he makes staff meal smoothies for cooks and servers, packing the blender with peach, ginger, cucumber, wheat grass powder, almond milk and coconut water. “It doesn’t have to be.”

Mr. Sakai slides his favourite menu dish onto the bar.

“I try to take a local ingredient and treat it in a Japanese way,” he says of the tiny plate stacked with vegetables – pink radish, white Tokyo turnip, yellow heirloom carrot, green baby zucchini – so vibrant it’s like a real-life Instagram filter with the colour saturation jacked up unnaturally high. Under the tower of steamed vegetables sits a pool of umeboshi beurre blanc, a sauce so delightfully pungent and rich that a dab of it could be used to sell anything. It’s part of a style that Mr. Sakai defines as Japanese country cooking – shared meals based around rice and preserved vegetables.

While he has found an audience for his food in his small, Dundas Street restaurant, he says the real challenge of Japanese cuisine in Toronto is staffing. The majority of kitchens here are filled not with aspiring chefs, eager to learn and open their own restaurants, but students on holiday visas. After brief stints here, they return to Japan. The transient structure produces culinary stagnation and a shortage of cooks (similar to what afflicts many mid-range restaurants, which are not able to take advantage of labour from another country so easily).

“We hire from overseas. It’s good if you find the right one. If not, it’s difficult. What we worry about in this industry is that in Japanese traditional cuisine we don’t have much education here.”

Though in his 70s, he’ll be making sushi tonight, because staffing has become so difficult.

Mr. Kimura, who still teaches kendo and owns three dojos, would like to start a Japanese cooking school. No stranger to ambitious change, he is president of the Japanese Restaurant Association of Canada, which he helped found in 2005 to successfully challenge and overturn Ontario legislation that required all fish to be previously frozen.

A ban on fresh, raw fish, which would have effectively ended sushi, is representative of the biggest challenge to Japanese cuisine, or any cuisine, moving from one country to another – food can be imported and reproduced, but not culture.

Although the small plates of Spanish tapas eventually took off here, that country’s culture of dining at 10 p.m. and hopping between three or four similar spots could not be transposed. So, too, with Japanese food behaviour.

“When you go to Japan, you go to a ramen spot, no one’s having a chat,” Mr. Sakai says. “People are most often by themselves. You sit down, scarf your noodles in 10 minutes and you’re gone. Those places make money because they’re full all the time during those rushes. Here you’re eating it as a meal, with someone else, having a discussion, waiting for your order, talking as you go. You wait to pay your bill. A ramen meal here will take an hour. And that’s just a cultural thing.”

For all the success of Japanese hospitality in Toronto, Mr. Sakai sees a cultural element lost in translation.

“Japanese has done better in ways. But in a lot of ways it’s still struggling to be Japanese.”

Bars for audiophiles: Come for the music, stay for the drinks 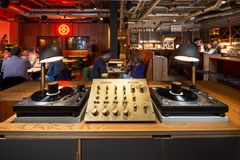 How do I quick pickle vegetables? 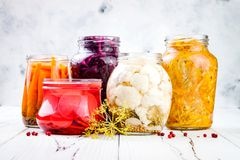 Where to eat along Honolulu’s Kalakaua Avenue 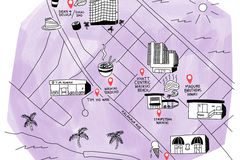