Google affiliate Sidewalk Labs’ “smart city” proposal for Toronto’s waterfront could hinge on its supplementary request for control of a 20-acre plot that would surround the tech giant’s relocated Canadian headquarters.

Waterfront Toronto, the tri-level government development agency overseeing the project, has asked Sidewalk Labs to justify why it wants jurisdiction over the land known in planning documents as Villiers West.

The additional land is just one component of the company’s controversial vision for a 190-acre swath of real estate across Toronto’s eastern waterfront – a vision that goes well beyond the original 12-acre parcel reserved for the “smart city” project, known as Quayside.

Sidewalk hopes to implement technology and plan and finance infrastructure 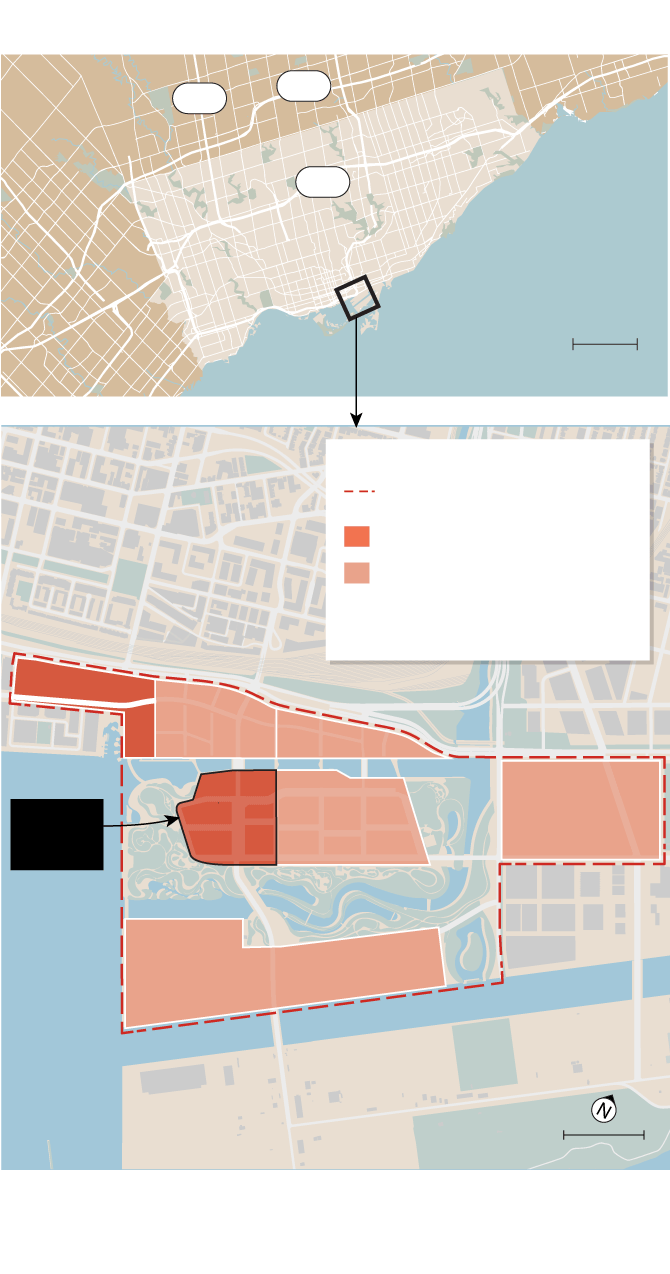 Sidewalk hopes to implement technology and plan and finance infrastructure 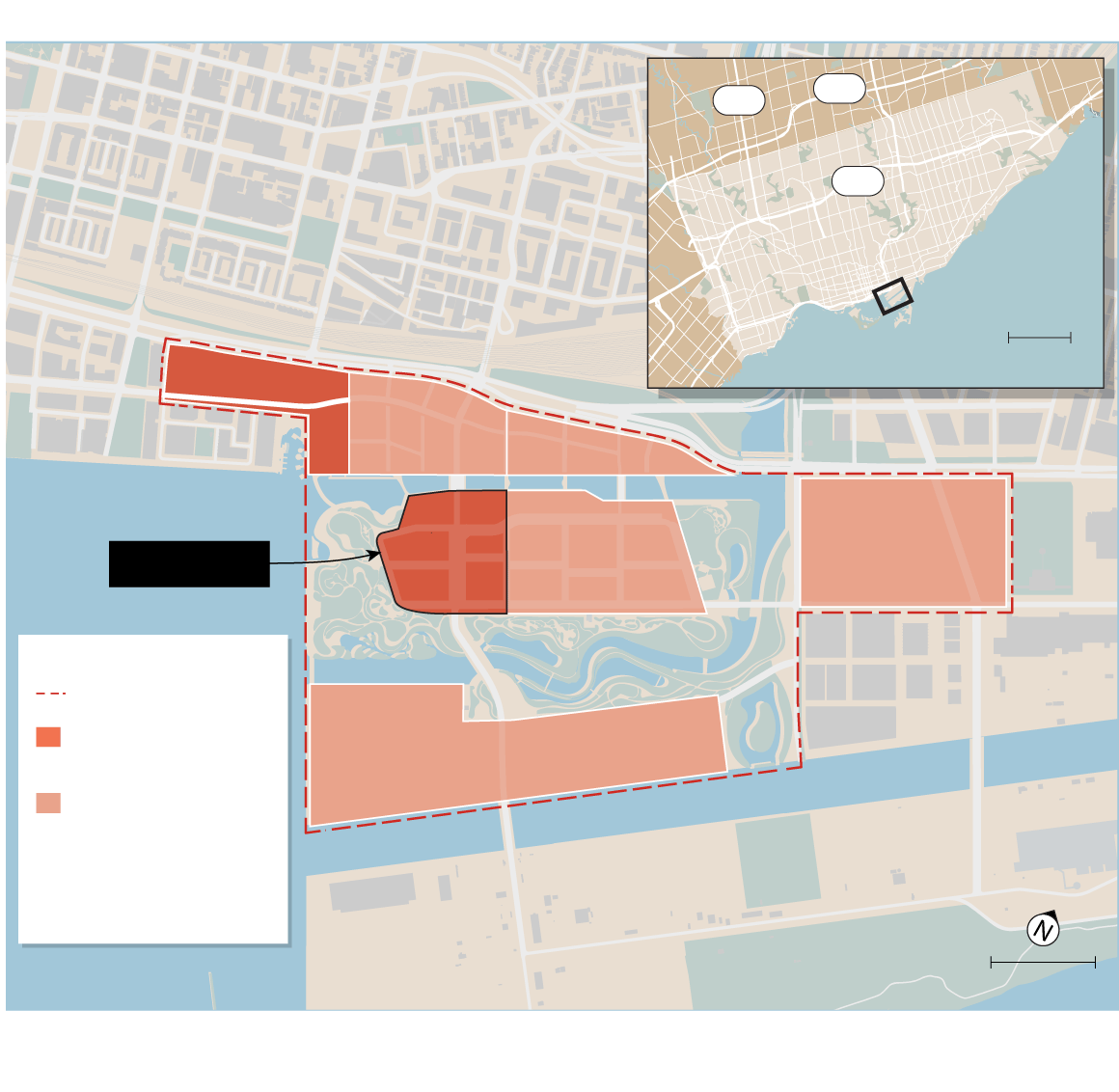 The two sides are now in talks on a series of issues – including the scope of the project and the data and privacy issues it has raised – that must be resolved by Oct. 31, when either side can choose to walk away from the project.

In an interview, Toronto City Councillor and Waterfront Toronto board member Joe Cressy singled out Sidewalk’s designs on Villiers West as a key stumbling block in the closed-door talks.

“On the simple geography, we feel that there was an overreach,” he said.

"We’ve challenged Sidewalk Labs to come back to us with the city-building solutions that would require an expansion beyond the Quayside land.”

The Villiers West plan is one of several controversial ideas unveiled in the sprawling 1,500-page proposal that Sidewalk Labs, a unit of Mountain View, Calif.-based Google parent Alphabet Inc., released in June after months of consultations and controversy.

The futuristic blueprint promises condo towers built of wood instead of concrete, heated bike lanes and self-driving delivery robots that would zip through tunnels.

But the company’s plans to use digital sensors to optimize traffic lights and collect data from citizens have become a source of widespread concern, including from Ontario’s Privacy Commissioner.

Two years ago, Waterfront Toronto selected New York-based Sidewalk Labs as its “innovation and funding partner” for a prototype development limited initially to the 12-acre Quayside plot. In June, the development agency called Sidewalk’s vastly expanded plan premature, and Mr. Cressy described it as a non-starter.

The 20 acres of Villiers West will be part of the future Villiers Island, which is being created in a massive project to reroute the mouth of the Don River, part of a government-funded plan to protect the area from flooding.

In Sidewalk’s vision, Villiers West would play host to a Google campus as well as what the company calls an urban innovation institute, a tech-industry hub, housing and shops.

Sidewalk would seek to turn a profit as the lead developer for the entire area. It’s a role it is also seeking for Quayside – a role Waterfront Toronto has already dismissed, saying it plans to find a developer through a competitive process.

Mr. Cressy said Sidewalk Labs should not be labelled the prime developer for the lands “as of right,” but he said the company could come in as a partner.

He and Toronto Mayor John Tory have said the offer of a relocated Google Canada headquarters (its offices are now downtown at Richmond and York streets) is at least worth exploring.

In an open letter in the spring, Waterfront Toronto chairman Stephen Diamond outlined his agency’s serious qualms about key elements of Sidewalk’s sprawling plans. Both sides have agreed to resolve the issues he raised by Oct. 31, or the project could be called off. Mr. Diamond would not comment on the talks this week.

In addition to concerns about the proposal’s scope, his June letter asks for more information about Sidewalk’s plans to gather and protect data, saying they must comply with government rules – many of which have yet to be drafted. Mr. Cressy said the privacy concerns remain a key issue in the talks.

Sidewalk has also demanded a funding guarantee for a waterfront light-rail line, something Mr. Diamond’s letter says only governments, not Waterfront Toronto, can provide.

Sidewalk Labs has not clearly spelled out which elements of its massive plan it is willing to jettison and still remain in Toronto. In its June plan, it signalled that being denied an immediate role in the entire 190-acre area – outside Quayside and Villiers West – would not be a deal-breaker, saying its participation in the wider zone was “at the discretion of governments.”

But Sidewalk chief executive Dan Doctoroff said in March that his company could pull out of the project without a public-transit commitment.

Keerthana Rang, a spokeswoman for Sidewalk Labs, declined to comment on the talks.

Local City Councillor Paula Fletcher, a frequent critic of the Sidewalk proposal, rejects what she said would be a massive “sole source contract” for Google at Villiers West, which would see the city offer the company a discount for a coveted piece of waterfront real estate.

“The community has created a vision for the waterfront together over many years, and we should not abandon that vision because one of the biggest corporations in the world – some of the wealthiest people on Earth – want to do it their way,” Ms. Fletcher said.