The federal Infrastructure Bank is putting up as much as $2-billion for an upgrade to GO Transit across Southern Ontario.

The debt financing to help fund changes to GO rail – electrifying the agency’s trains and increasing their frequency, aiming to turn the commuter service into an all-day transit option – becomes the federal contribution for this stage of the project.

This investment is not a grant. Bank officials say it is a debt-funding commitment to assist in obtaining low-cost financing. It is in addition to $1.8-billion Ottawa had promised for earlier parts of the project.

The deal announced Thursday is one of few the bank has completed. Announced in 2016 by the federal government and formally created by royal assent in 2017, the bank did not get a CEO until 2018.

Last August the bank pledged $1.3-billion toward investment in a transit project in Montreal. Thursday’s deal is only the second by the bank, which has faced criticism for the pace of its decisions.

Infrastructure Bank CEO Pierre Lavallée said that due diligence for such deals takes time, and that discussions for this one had begun last summer. He also noted that the bank has a 10-year horizon to invest $5-billion in each of its three target areas, one of which is transit.

“This is not the end, it’s just a really important milestone,” he said. “We have more coming. But … predicting exactly when they come to fruition is very difficult.”

Asked if the timing was right to strike this deal, given the recent vow to kill the bank by Opposition Leader Andrew Scheer – who called it a “money-sucking administrative nightmare” and “$35-billion boondoggle waiting to happen” – Mr. Lavallée said he would not “speculate on elections.”

The financing comes as the province moves ahead with its request for proposals for part of the GO project, identifying a shortlist of four consortia to expand capacity on the rail corridors. The teams – EnTransit, MTR Kiewit, ONcore Transit and ONxpress Transportation Partners – are each a conglomerate of major transit, construction and banking firms.

“We are asking the private sector for their best, most innovative solution to a simple challenge: move people from point A to point B within a certain time frame,” said provincial Infrastructure Minister Monte McNaughton.

“We aren’t telling them what technology or design to use. We have confidence in the private sector’s ability to find the most efficient solution.”

Metrolinx CEO Phil Verster confirmed that the agency was officially agnostic about many aspects of how the companies structure their bids, not specifying which signalling systems or rolling stock was favoured. Also left to the bidders’ discretion was whether the current diesel-powered trains should be replaced by trains powered by externally provided electricity or by a hydrogen fuel cell.

The changes to GO Transit were first floated by the former provincial government as part of a broader transportation plan. Dubbed Regional Express Rail, the plan became the centrepiece of the Liberals’ approach, with a price tag that climbed to $13.5-billion.

The current Progressive Conservative government, under Premier Doug Ford, has largely stuck with the plan, while rebranding it GO Expansion. The plan requires new bridges, tunnels and great stretches of additional track and is not projected to be complete until sometime in the latter half of next decade.

Inside the mysteries and missteps of Toronto’s smart-city dream
Subscriber content
May 18, 2019 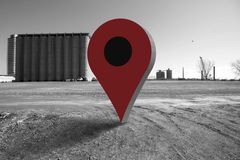 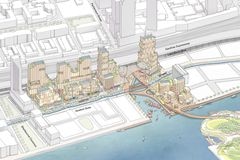