Right now, demolition crews are tearing down a significant public school building in Toronto. And the Toronto District School Board’s choice to demolish it, supposedly for budgetary reasons, is generating about $3-million in extra costs.

It was a subject of controversy last year, when advocates – and I – argued to save it. TDSB trustees and staff claimed they had no choice but to demolish the building.

That, it turns out, is not true. According to ERA and Giaimo’s assessment, the Davisville building could have been renovated and expanded to precisely fit the school’s needs, along with a planned city community centre. Doing so would have saved the board roughly $3-million. “We’re very confident that this approach would have worked,” Joey Giaimo, an architect with extensive experience in adaptive reuse of heritage buildings, told me.

It appears the board did not adequately study this option, despite considerable public scrutiny.

That failure has serious implications for Toronto. The TDSB, by far Canada’s largest board, owns more than 400 sites across the city, most of heritage importance and most with crumbling structures. And while the board does not receive adequate funding from the province for its buildings, the Davisville case raises important questions about how it manages those scarce resources – cultural, physical and financial.

The building was initially designed by Toronto Board of Education architects, in a jaunty British-modernist manner, and opened in 1961. It housed an elementary school and the Metropolitan Toronto School for the Deaf; even more than most schools, it has a wealth of social history attached to it.

Yet TDSB is demolishing the Davisville building, to build a replacement that’s slightly larger. The student body has been moved to a temporary facility.

And the cost has risen sharply. In 2016, the board had planned a capital expenditure of $14.5-million; a construction contract was awarded in September for $24,994,000, including a $5.3-million underground parking garage. That means the cost of the school alone is around $20-million, 35 per cent above the budget, plus another $1.27-million for demolition of the old building. The total, before any unexpected costs: Roughly $21-million.

Giaimo and Andrew Pruss of ERA, estimate the old building could have been largely kept, and expanded, to accommodate all the same needs, for $18-million.

Mr. Giaimo and his office determined which of its attributes have heritage value – the exterior, the staircases, and the lobby, essentially – and then planned a gut job. They’ve shown it could be reconfigured to accommodate the right number and size of rooms, with a small addition and a new elevator. Their drawings are online here.

Their work raises serious questions about TDSB’s own approach to the building. The board’s only public document on the subject is available online; it is vague, and Mr. Giaimo questions its central assumptions, including the idea that the building could not be rearranged to accommodate today’s standard classroom dimensions. His own preliminary design resolves almost all of the relevant issues. A more careful analysis "could have struck the right balance between heritage initiatives and current school requirements,” he told me. Some are absurdly simple: the 1961 staircase, whose railings no longer meet building code requirements, could be fixed with sheets of transparent plastic.

I asked to discuss this detailed critique with the TDSB’s head of facilities, Steve Shaw; through a spokesperson, Ryan Bird, he declined an interview. In a statement, Mr. Bird said, TDSB “have never had the resources for comprehensive retrofits at this – or any other – school.”

That’s not quite true. TDSB did such a project at Nelson Mandela Park Public school, which spawned a major controversy for the board when it went over budget by roughly 50 per cent. This likely made the Ministry of Education leery of such projects.

But remember, the Davisville project is already at least 35 per cent over budget. And that’s before construction even begins.

No private developer would ever get that sort of pass from the city. Nor should the board.

A public agency such as TDSB should respect a high standard with respect regarding sustainability and heritage. Unnecessarily junking thousands of tons of concrete and masonry, and a building of cultural value, is something the board should take every possible step to avoid.

One lesson here: The board’s real-estate decisions need robust scrutiny. Trustees should insist on expert outside advice for all major capital decisions. In this case, consulting ERA and Mr. Giaimo would have cost the board five figures; it could have saved millions.

More generally, the board’s planning office should work hand-in-hand with city planning. Back in 2015, city planners recommended the TDSB collaborate with city staff on decisions about closing, consolidating and rebuilding schools to account for such issues as heritage. This has not happened.

It must. TDSB faces an enormous $4-billion backlog of deferred maintenance. That means dozens, even hundreds, of major construction projects in the next generation, with huge impacts on Torontonians.

The beleaguered school board has overlooked its responsibilities in this area for too long. Last year, trustee Shelley Laskin, who is responsible for Davisville, told me, “We’re not in the business of buildings.” But they are – for better and, as at Davisville, for worse.

AGO’s Infinity Room exhibit was a hit, but will fans pay for a permanent room?
Subscriber content
November 23, 2018 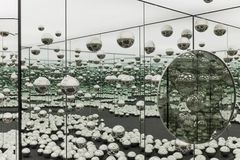 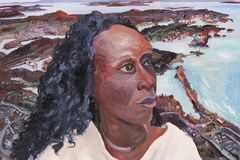 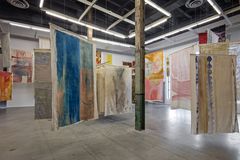