Anyone who rides Toronto’s streetcars has seen it happen. The streetcar slows to a halt and the doors open. Just as people are getting out or stepping off the curb to get on, a car bolts past in the curb lane, narrowly missing them. The streetcar driver may honk his horn, ring his bell or even holler at the car, but the car driver just speeds away. No report is made, no dangerous driving charge laid. The streetcar trundles on.

The speed demons who ignore every warning to brake when a streetcar comes to a stop are a menace. The Toronto Transit Commission says 26 people were hit by a bike or a car while boarding or leaving a streetcar between 2014 and 2016. Only this month, a woman getting off a streetcar on Bathurst Street was hit and injured by a dump truck.

I’ve seen many close calls in my years of riding the rails. I was hit and nearly knocked over by a bike a few years ago as I got off the College car. The rider – one of those cyclists with attitude on a sleek fixed-gear bike – told me, “Watch where you’re going.” I was too stunned to come up with a suitable comeback.

There is no excuse for this kind of recklessness. There are all sorts of signs on the streetcars – even more explicit on the big new models – warning those following behind to stop when the streetcar stops. Countless drivers ignore them. They are gambling with lives every time. They deserve to be prosecuted.

Yet, they almost always get away with it. Streetcar drivers can’t spare the time or risk the distraction that would come from recording the licence plate of the offender or calling the police, who would arrive too late to arrest them in any case.

What to do? One obvious way to deter the bolters is to use cameras on streetcars to take pictures of the passing car. Cops could then use the licence plate number to track the driver down later. The idea has been kicking around for years. The technology is readily available. Transit vehicles already have outward-facing cameras to record accidents, although apparently not the kind to catch drivers who bolt past the doors.

Under our cockeyed governance system, which makes cities the wards of the provinces, Toronto needs to ask its masters up at Queen’s Park for permission to make even this minor change. The TTC asked in 2017. No luck. It asked again this week. Its board passed a motion championed by its chair, Jaye Robinson, to petition the government of Premier Doug Ford to amend the Highway Traffic Act to allow cameras to be used.

Mayor John Tory isn’t holding his breath. “My theory is that we will ask … [and] it will take a long time to make it happen,” he said. The way things work up there, “It seems to take years – plural – not just a few months or a few weeks.”

Let’s hope he is wrong. Ontario Transportation Minister Caroline Mulroney has promised to take the idea under advisement. She wants to make sure it matches the government policy and safety goals. Fair enough, but she shouldn’t let the idea get caught in the usual bureaucratic glue trap.

The bolters are a daily threat to streetcar riders. Anything that might make them think twice about stepping on the gas is worth trying. 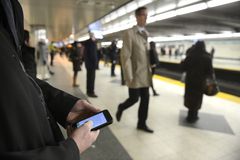 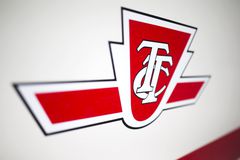 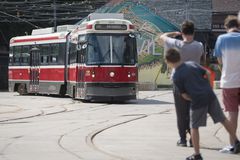