A 65-year-old man has been killed after he was hit by a car while crossing a downtown street Saturday night, marking Toronto’s first pedestrian death of 2020 and the extension of a lethal trend that drew outrage and frustration from safe-streets advocates last year.

The man – who has not been identified by police – was crossing Jarvis Street, between Gerrard Street and Dundas Street East, around 10:10 p.m. when he was hit by a car heading northbound up Jarvis. The driver fled, leaving the victim lying on the road. Witnesses called 911 and he was taken to hospital where he succumbed to his injuries.

Police have not released a description of the vehicle involved in the collision, saying that officers would continue to canvass local businesses and homes for video surveillance on Sunday. Officers have asked that any local residents, businesses or drivers who may have security or dash camera footage of the incident to contact them.

More than 40 pedestrians were killed in accidents involving vehicles in Toronto in 2019 – nearly 10 per cent more than the city’s average over the previous five years.

Jess Spieker, of the advocacy group Friends and Families for Safe Streets, said Sunday that this death is a horrifying way to begin the new year – “but it is the opposite of surprising. It’s right on schedule.”

Although there has been much discussion of these issues in the city over the past few years, Ms. Spieker argues that it has not translated into action.

Toronto introduced what it called its Vision Zero plan in 2016, with a goal of eliminating traffic deaths and serious injuries. As the death toll continues to rise, the plan has been repeatedly beefed up in the years since.

In 2020, Ms. Spieker said, “we need to actually implement real Vision Zero measures, which is very difficult in Toronto because it is incorrectly viewed as the war on the car.”

“This is a clear urgent public-health crisis – and it is not being treated that way,” she said. “We could put a stop to this if our elected leaders cared enough. Not enough of them [do].”

Just hours before Saturday’s hit and run, a funeral was held for a 19-year-old international student who was killed after being hit by an allegedly drunk driver in Toronto’s east end just before Christmas.

Damir Kussain, who had come to Canada from Kazakhstan four months earlier to study automation and robotics at Centennial College, was killed when a car lost control and mounted a Scarborough sidewalk, where he was out on a walk with classmates.

These are issues that many cities are grappling with. In Brampton, a 16-year-old girl was also killed in a hit and run this weekend, while crossing the road just after midnight Sunday morning. In that case, passing motorists discovered her lying on the road and stopped to help. They called 911 after realizing that she had suffered “extensive trauma” to her body, police said.

Peel Police have asked the driver to surrender to police. 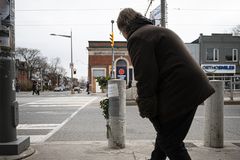 10 quick ideas that could reduce pedestrian deaths in Toronto
December 31, 2019 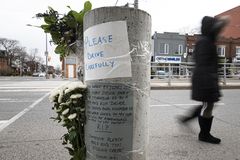 'Decency’ also a casualty as the number of Toronto hit and runs keep climbing
November 30, 2019 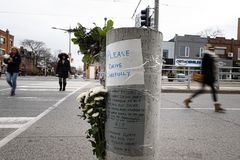