After a uniquely challenging and violent year, Toronto’s police chief said he remains committed to modernizing the way that Canada’s largest city is policed.

In a year-end news conference at the service’s headquarters on Thursday, Chief Mark Saunders reflected on the pressures his officers faced this year and the challenges that lie ahead for 2019.

Toronto saw a record number of homicides in 2018 – a third of which remain unsolved. Shootings were on the rise, and gang violence continues to plague some of the city’s most vulnerable communities. An alleged serial killer was charged and a dozen people were killed in two mass-casualty attacks.

It was the aftermath of the Danforth shooting that Chief Saunders described as his lowest point of the year. Two girls – 10 and 18 years old – were killed when a gunman opened fire on the busy east-end street on July 22. The impact of that attack was compounded by the lingering grief from another three months earlier. Ten people were killed and 16 more were injured when a rental van plowed through pedestrian traffic for seven minutes on Yonge Street on April 23.

“When we had two mass-casualty incidents in such a short period of time, I think that was a game changer,” Chief Saunders said.

But in addition to these high-profile incidents, the service also spent 2018 combating escalating gang violence and a flurry of shootings. There had been 406 shooting incidents and 573 shooting victims as of Dec. 19, according to TPS data.

Police are also seizing more guns. Chief Saunders said 514 handguns were seized this year – 222 more than the year before.

“Every day we’re seeing more guns. So that’s one aspect that has to be looked at. The second piece is what’s motivating people to use a gun to resolve issues,” he said.

Going into 2019, Chief Saunders said street gang violence remains a primary concern for the service. But he also called for more community resources to prevent young men from turning to gangs in the first place.

“Nobody that I know of was ever born saying I want to be a street-gang member,” he said. “We have to give solutions for that.”

An added challenge – one that the police union consistently pointed out this year – is that staffing numbers remain low as the result of a hiring freeze implemented in 2017 as one of the key components of the service’s much-lauded modernization plan, which aims both to overhaul policing culture and rein in a $1-billion budget.

In February, that hiring freeze was lifted. And on Thursday, Chief Saunders said that they will continue to hire another “couple hundred” officers in 2019.

In an e-mail statement, Don Peat, a spokesman for John Tory, said the mayor “led the charge to hire more officers this year and additional officers in 2019.”

“We are in the early days of a very long budget process. While it is too early to speculate on specific budgets within the entire City of Toronto budget, the Mayor will be supportive of an overall 2019 City budget that invests in key services while keeping property tax increases low.”

Though he said he appreciated the chief’s acknowledgement of the good work that officers did this year despite limited resources, Toronto Police Association president Mike McCormack said the reality is that morale within TPS “continues to dive.”

He said the service’s hiring plans are still not enough to keep up with attrition – and that 2019 will be just as challenging if staffing levels are not addressed.

Negotiations will begin in the new year, after the current officers’ contract expires at the end of this month. And with 2019 long predicted to be the year that first-class constables’ salaries surpass $100,000 in Toronto, the issue is particularly pressing. 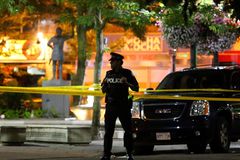 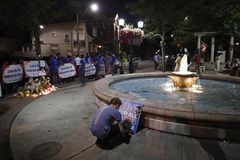