Metrolinx is pursuing a massive shift to paid parking at its GO commuter rail stations, internal documents show, with plans for the “forced conversion” of tens of thousands of free spots over the next few years.

The shift is planned to begin within months and will be a pricey change for many of the roughly 65,000 GO customers who drive to the stations. The vast majority of these passengers now park free and Metrolinx, the regional transit agency that operates GO in Southern Ontario, is bracing for pushback.

According to Metrolinx memos and a consultant report obtained by The Globe and Mail, the plan was set into motion late last year. During a private meeting in September, the agency board voted to pursue a “parking modernization” program that includes expanding paid parking.

A senior Metrolinx official said, however, that the specifics laid out in the documents may yet change. Chief planning officer Mathieu Goetzke said the agency-preferred approach has not been “completely approved” and that there was a continuing dialogue with Metrolinx’s political masters at the Ontario Ministry of Transportation “to make sure that they are comfortable.”

He stressed that any parking changes would be coupled with efforts to encourage other ways of getting to GO train stations. “We want to do [this] carefully, because we know it is a sensitive issue with … customers and neighbours and municipalities,” he said.

GO has 70,000 parking spaces, less than 8 per cent of which are reserved for customers who pay $98 a month. Metrolinx has long hoped to expand paid parking over the next decade, but the current plan is much more aggressive.

By September, 2022, the documents show, the agency would like to be charging for up to half its parking spots. Prices, which could fluctuate based on time of day or other factors, have not been determined.

Inducing some people not to drive to the station would free up parking spaces for the midday ridership GO is hoping to build, say the documents obtained by The Globe. And a shift away from driving to GO stations could limit the number of parking spaces Metrolinx will need to build to meet expected increases in ridership.

The documents also acknowledge there could be opposition from people living near stations, who may see more parking on local streets, and from current customers (some of whom might abandon transit rather than pay for parking), but argue that charging for more spaces would still net money.

Not charging for most parking has been the GO model for decades, a way to encourage suburban commuters to take the train into Toronto instead of driving. As a result, even passengers who live quite close to their station are accustomed to driving to it.

Some 13 per cent of riders travel less than one kilometre to a GO rail station, and another 19 per cent come from between one and two kilometres. But just 18 per cent of passengers arrive by foot, transit or bicycle, meaning that a large number of people are making short drives to their station.

The result has been very crowded parking lots. Metrolinx data show their parking facilities are getting more full and two dozen have exceeded 100-per-cent utilization within the past year. The busiest lots have problems with people leaving vehicles in every available inch of space, whether it is a bona fide parking spot or not. Traffic jams in lots are common. Fights over parking spaces are not unheard of.

Metrolinx has recognized this problem for years, and the foundations of the shift to more paid parking were laid in 2019, the internal documents show. Consulting firm Steer was retained in January of last year to do an initial business case for “parking modernization.” The consultants were hired again in July to do a closer study. Neither report was made public.

A total of $8.19-million was budgeted for parking modernization, largely for a reservation system and enforcement technology, in Metrolinx’s 2020-21 and 2021-22 capital budgets. In September, the Metrolinx board decided during a private meeting to support a three-phase approach to parking modernization.

According to a Metrolinx memo from December, “the [parking] approach currently being advanced” calls for noticeable changes by April.

In the first stage, the spaces now set aside for customers who pay would, if unoccupied, be offered out for general use after the morning rush hour. Mr. Goetzke said this is “a bit delayed” as they tried to figure out the best time of day to open up the spots, but should happen in the spring.

The Metrolinx memo says that, come September, the agency would start rolling out new ways to book a parking spot including daily reservations, ramp up enforcement and begin what the agency bluntly calls “forced conversion” of unpaid spaces.

Two years later, by September, 2022, up to half of GO’s parking spots would be available to reserve and for a fee.

Such a shift would not come without potential downside. One of the consultant reports warns of “significant risk to Metrolinx reputation” if the for-pay parking spots remain empty and that customers may be upset at changes to the status quo. Metrolinx says it recognizes the risk and that a substantial communications plan would accompany changes to parking.

Mr. Goetzke said that each parking lot would need to be assessed differently. Some are already largely pay-parking while others, which based on their location offer few alternatives to driving, may remain mostly free. 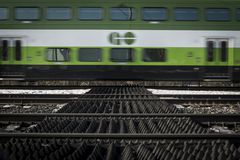 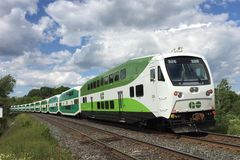 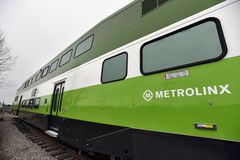