After months of talks, Waterfront Toronto and Sidewalk Labs LLC have signed a deal that reins in some of the Google-affiliate’s plans around its proposed “test bed” for new urban technologies on the city’s lakeshore.

Waterfront Toronto released on Tuesday both a new 58-page “plan development agreement” as well as the original “framework agreement” it had signed last fall with the New York-based Sidewalk, the full text of which had until now been kept secret.

The new deal walks back or clarifies a number of provisions contained in that original deal, signed after Sidewalk Labs, a unit of Google parent Alphabet Inc., was chosen as the “funding and innovation partner” to develop a five-hectare (12-acre) parcel of land on the waterfront known as Quayside that sits at the end of Parliament Street.

Sidewalk has said it wanted to develop a long list of futuristic “smart city” innovations including sensors to detect pedestrians at traffic lights, robot vehicles that whisk away garbage in underground tunnels and a new street layout to accommodate a fleet of shared self-driving cars.

Sidewalk also argued that much of what it planned required more than just the Quayside parcel to work. According to documents released by Waterfront Toronto, which is a corporation created by all three levels of government, the original framework deal suggested that Sidewalk would be given the right to bolster its plans across the 324-hectare eastern waterfront when those lands, which are mostly city-owned, came under Waterfront Toronto’s purview.

But the new deal said that except for the initial Quayside parcel, no other waterfront lands will be automatically included in the project, except as justified with a “business case” and other government approvals.

No transfer or sale of land is included in the latest deal, although the original agreement “contemplated options or requirements to transfer or make land available” to Sidewalk Labs. Waterfront Toronto officials, however, say expanding the project across other lands is still a possibility.

As recently as July 23, senior city officials were still expressing concerns after reviewing an earlier draft of the proposed deal, according to a letter from interim city manager Giuliana Carbone to Meg Davis, chief development officer of Waterfront Toronto.

The letter, obtained by The Globe and Mail, calls for more clarity around the city’s role in approving any use of its land, and said any real estate transactions must be subject to city council approval. It also called for the deal to be “clear and explicit” that the “focus of the project should be the 12-acre Quayside site.”

While Ms. Carbone’s letter acknowledges there may be benefits to larger scale projects, she said the final deal between Sidewalk and Waterfront Toronto “will need to address the additional City process and approvals that would be required to implement these options.”

The new deal also said Sidewalk’s initial US$50-million investment, some of which is being spent on a series of public consultations and work developing it plans, does not count as equity in the development – a possibility neither Sidewalk nor Waterfront Toronto had previously revealed. However, the agreement does say that if the final plans are approved, the US$50-million could be recovered in Sidewalk’s share of any profits.

Some critics had warned that the original framework was thin on details about Torontonians’ data and privacy, arguing it would involve collecting too much data, or give too much control to Sidewalk over the city’s waterfront plans. The new agreement outlines a number of protections and promises, including a pledge to “create the most privacy protected/citizen-centred set of policies and governance structures in the world, recognizing privacy as a fundamental human right.” But specifics still remain to be worked out.

The new deal also does away with the notion that Sidewalk would be named the site’s “master developer” and instead maintains Waterfront Toronto in the project’s lead role.

Waterfront Toronto and Sidewalks Labs praised the deal as an important milestone as they continue to develop the project. It was approved unanimously by Waterfront Toronto’s board on Tuesday, but only after Toronto developer Julie Di Lorenzo, who has previously publicly questioned the plan, resigned from her seat on the board. Ms. Di Lorenzo could not be reached.

Board chair Helen Burstyn told reporters that Ms. Di Lorenzo was “uncomfortable with the nature of the agreement” with Sidewalk. She would not elaborate. Ms. Burstyn said Waterfront Toronto had done “extreme due diligence” on the deal, partly as a result of Ms. Di Lorenzo’s concerns.

The agreement comes after the sudden departure in early July of Waterfront Toronto’s CEO, Will Fleissig, who had been a driving force behind the project. Tuesday’s deal is only a step toward a final “master innovation and development plan,” which the waterfront agency said won’t be signed until next year.

Michael Nobrega, the acting CEO of Waterfront Toronto and the former president and CEO of the Ontario Municipal Employees Retirement System (OMERS), said the new agreement protects the public interest, and that his agency has lots of exit ramps if it “goes sideways.” He called it "an exciting opportunity to build a world-class waterfront.”

Toronto Mayor John Tory said the agreement will allow “the City to consider an innovative new approach to development, housing, public space and mobility in the Quayside District,” and that he was confident Waterfront Toronto and all three levels of government would ensure it proceeds “in the best interests of Toronto residents.” 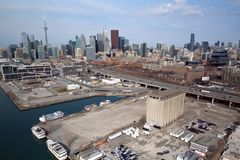 Talks between Google’s Sidewalk Labs and Waterfront Toronto months behind schedule
May 6, 2018 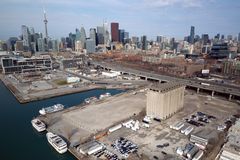 Google’s Sidewalk Labs hires senior Liberal aide John Brodhead for Toronto waterfront project
April 12, 2018
Follow Jeff Gray and Josh O’Kane on Twitter @jeffreybgray @joshokane
Report an error Editorial code of conduct
Due to technical reasons, we have temporarily removed commenting from our articles. We hope to have this fixed soon. Thank you for your patience. If you are looking to give feedback on our new site, please send it along to feedback@globeandmail.com. If you want to write a letter to the editor, please forward to letters@globeandmail.com.
Comments