Police are refuting the Islamic State’s claim that it was responsible for Sunday night’s mass shooting in Toronto, saying there is no evidence the terrorist group was involved.

Toronto Police Chief Mark Saunders cautioned against potential misinformation about the case and the shooter, Faisal Hussain, after the terrorist group claimed responsibility for the attack online. The Islamic State frequently claims responsibility for fatal attacks around the world.

“Accurate information about this investigation will only be released by the Toronto Police Service,” Chief Saunders said on Wednesday.

Mr. Hussain, 29, opened fire on the city’s busy Danforth Avenue in the east-side Greektown neighbourhood around 10 p.m., killing 18-year-old Reese Fallon and 10-year-old Julianna Kozis. Another 13 victims, ranging in age from 17 to 59, were injured.

Mr. Hussain also died that night after a shootout with police, although investigators have not said whether he or the officers fired the fatal shot.

Related: Hundreds of mourners gather in Toronto’s Greektown in vigil for shooting victims

‘My love is stronger than your fear’: Danforth residents speak out at vigil for mass shooting victims

His body was buried on Wednesday. Sources connected to his family said they were told by the coroner that he died of a self-inflicted gunshot wound.

The investigations – by Toronto police, and the province’s Special Investigations Unit, which probes deaths or serious injuries involving police in Ontario – are continuing.

His family said he had “severe mental-health challenges,” including a lifelong struggle with depression and psychosis.

“We will continue to explore every investigative avenue including interviewing those who knew Mr. Hussain, reviewing his online activity and looking into his experiences with mental health,” Chief Saunders said.

Public Safety Minister Ralph Goodale has stressed there is no known “nexus” between Mr. Hussain and national security.

While investigators work to determine a motive, questions also remain unanswered about how the troubled 29-year-old could have accessed a gun.

Court documents reveal his older brother Fahad (who is now in a coma) previously lived at a home in Pickering, Ont., just east of Toronto, where 33 guns and 42 kilograms of carfentanil, a lethal opioid, were seized last fall.

Fahad Hussain was arrested in Saskatchewan in 2015 and charged with possession of cocaine for the purpose of trafficking, and possession of proceeds of crime.

The charges were transferred to Toronto, where court documents list his address on Liatris Drive in Pickering, a house owned by Maisum Ansari.

In February, 2017, Mr. Ansari acted as a surety for Fahad after he was arrested for possession of ammunition (shotgun shells) and breaching a recognizance.

Later that spring, Fahad fell into a coma as the result of an overdose and both sets of charges were stayed. His lawyer, Leora Shemesh, did not respond to requests for comment on Wednesday.

In September, a carbon monoxide alarm went off at Mr. Ansari’s Pickering home. When emergency responders arrived, they discovered a stash of guns and drugs. Mr. Ansari, 33, was charged with more than 330 gun and drug offences. A second man was charged in the case earlier this year.

Fahad, now 31 and the oldest of four Hussain children, remains in a coma at Sunnybrook Hospital in Toronto.

A sister, Faiza, was killed in a car accident in east Toronto in 2001.

Faisal also has a twin brother who was recently married and moved out from his family’s home in the last year, according to Faraz Khan, a neighbour of the family.

The Hussain family, who has lived in the same apartment in Thorncliffe Park, just north of the Danforth area, for two decades, has also faced serious financial troubles. Faisal Hussain’s father, Farooq, filed for bankruptcy in June of 1999 − declaring at that time that he had only $3,000 in total assets while owing more than $61,000.

Bill Wilkerson, a long-time mental-health advocate and executive chairman of the non-profit advocacy group Mental Health International, cautioned against simple mental health diagnoses in an attempt to make sense of a complicated case.

“This is the one and only medical area where we tend to take a family or a neighbour as a source of what ails the person,” Mr. Wilkerson said.

Mr. Wilkerson said there has not been enough research on the connection between violence and psychosis.

He said the city “must zero in on how or why we have people living with psychosis unable to secure treatment.” 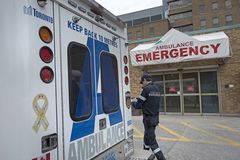 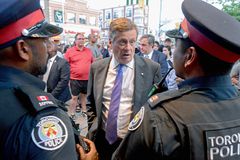 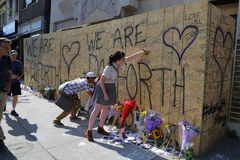