Shawn Jeffords
Toronto, Ontario, Canada
The Canadian Press
Published May 21, 2020 Updated May 22, 2020
Comments
Please log in to listen to this story. Also available in French and Mandarin. Log In Create Free Account

Ontario has cancelled a plan to build a new courthouse in Halton Region, with the province’s Attorney-General saying the government needs to rethink how the justice system will operate after the pandemic.

The Progressive Conservative government had planned to build one central courthouse for both Milton and Burlington, Ont., but now says it will upgrade the existing facilities.

Attorney-General Doug Downey said he decided to cancel the project because the COVID-19 pandemic has highlighted the need to modernize the court process across Ontario.

“The needs of the justice sector have changed and there is broad consensus we cannot go back to the way things were done before the public health emergency,” Downey said in a statement.

The project to consolidate the aging courthouses in Halton Region was to have been awarded this spring, with construction to start later this year.

The new courthouse was estimated to cost as much as $499-million.

The project was announced by the previous Liberal government in 2017 after the Progressive Conservatives – then the Official Opposition – pressed them to commit to it for years.

In a news release from June, 2017, then-Tory leader Patrick Brown called the Milton and Burlington courthouses “aging, overcrowded and completely inadequate in terms of security and privacy.”

The statement goes on to note that Tory legislator Ted Arnott rose at Queen’s Park a dozen times over several years to ask the Liberals about the project.

But battling COVID-19 has added a slew of new costs to the province’s books, with Finance Minister Rod Phillips last month announcing a $17-billion spending package to help Ontarians through the pandemic.

The new spending and tax deferrals will contribute to a major hit to Ontario’s bottom line, pushing the deficit from $9-billion to a projected $20.5-billion for 2020-21 – a level not seen since the aftermath of the 2008 recession.

Asked if the cancellation was a way to trim provincial spending in light of the pandemic, a spokeswoman for Mr. Downey said the decision was made as the government “rethinks” justice system operations.

“This decision was made because our government is committed to rethinking the justice system and ensuring it is accessible, responsive and operating the way Ontarians should expect in 2020,” Jenessa Crognali said.

The Hamilton-Brantford Building and Construction Trades Council called the decision disappointing and said it could hurt the local economy.

The council’s business manager said the courthouse cancellation is just the latest blow for local tradespeople after the province decided not to purse a light rail line in Hamilton late last year.

The province said at the time that the costs had ballooned from the initial estimate of $1-billion to $5.5-billion.

“If the region is losing almost $1.5-billion in direct public infrastructure investments, there is a real fear that the local economy will fall into further recession in the midst of the COVID-19 crisis,” Mark Ellerker said in a statement.

NDP finance critic Sandy Shaw said the government’s decision to cancel the project so close to actually awarding the tender will likely incur millions in penalties and deprive workers of jobs during a postpandemic recovery.

The government should explain why it’s scrapped the project, she said.

“They just cancel shovel-ready infrastructure projects with no clear evidence as to why,” Ms. Shaw said. “We’re going to need the biggest economic recovery strategy that we could even imagine in our lifetime coming out of the pandemic. And infrastructure is to play a key role in this.” 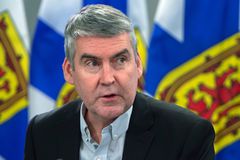 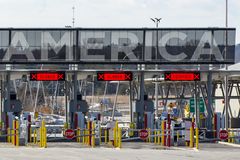 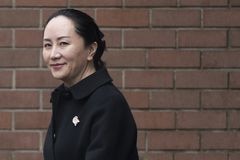