Ontario’s Education Minister has warned of further action against the province’s second-largest school board if it fails to address its dysfunction and issues around systemic anti-Black racism.

An investigator’s report of the Peel District School Board, released on Monday, found that the board of trustees and the director are “lacking both the ability and capacity, and perhaps even more importantly, the will” to take steps to address governance, equity and racism outlined in a provincial review done late last year. The board is failing to comply with government directives, the investigator found.

“My expectation is clear: The board must change, or I will take further action. We cannot and will not sit idle, while families and students continue to feel isolated, victimized and targeted," Stephen Lecce said in a statement on Monday. He said that he expected a plan from the board by June 22 outlining specific steps of action.

The Peel public board, west of Toronto, has struggled with divisiveness among its trustees and senior staff, as well as addressing issues of racism, particularly anti-Black racism. Parents, students and community members have attended board meetings and demanded action on racism in schools. Last year, the board’s associate director of instructional and equity support services, Poleen Grewal, filed a complaint with the Human Rights Tribunal of Ontario against the board and its director, Peter Joshua, alleging discrimination and harassment.

A team of government-appointed reviewers last year found that concerns about racism and equity were being ignored by the school board. Mr. Lecce issued 27 directives for the board to follow, with strict deadlines.

The board, however, continued to struggle.

Mr. Lecce appointed investigator Arleen Huggins, a lawyer and human-rights advocate, to conduct an investigation into the Peel board’s compliance with his directives. Among the directives, the board was to develop an anti-racism policy in consultation with the community and the Ontario Human Rights Commission, and also conduct a performance review of the director relating to anti-Black racism, Islamophobia and other equity issues.

In her findings, Ms. Huggins wrote that the board has a “misunderstanding” of anti-Black racism and is not willing to engage in the “necessary work to gain such an understanding” or see it as urgent. She also said that the director’s office and the board are dysfunctional, and that Peel has failed to understand that it needs to engage with communities, particular Black communities, in a respectful way.

“It is my view that the PDSB does not have the ability to provide good governance or to effectively carry out its responsibilities to oversee and ensure proper compliance with the [Minister’s directives],” Ms. Huggins wrote.

Ms. Huggins declined to comment on Monday, and said that questions would be addressed by the Ministry of Education.

Brad MacDonald, the chair of the Peel board, and Mr. Joshua issued a joint statement on Monday, saying the board will meet Mr. Lecce’s deadline of June 22 to submit a response on its plan to address the investigator’s findings. The board said it was committed to change, even as it acknowledged there was reason for skepticism and mistrust “sowed by years of inaction.”

“The Black community in the Peel District School Board and colleagues and students have been telling us for decades that anti-Black racism is part of their daily lived experiences,” Mr. MacDonald and Mr. Joshua stated. “To date, as a school board, we have not been successful in eradicating anti-Black racism.” 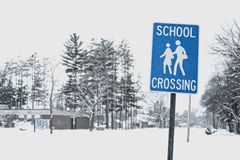