Ontario’s provincial government is forging ahead with its plans to take over the ownership of Toronto’s subway system, as the Transportation Minister has issued a formal request for the city and the Toronto Transit Commission to participate in a process to determine how much the asset is worth.

In a letter to Toronto Mayor John Tory, obtained by The Globe and Mail late Friday, Transportation Minister Jeff Yurek says he wants the mayor to direct city and TTC officials to participate in a “reciprocal sharing of data and information” to determine the “fair valuation of the assets and liabilities encompassing the subway system.”

Mr. Yurek, who was named to the post by Premier Doug Ford on Nov. 5, says the process will also examine the TTC’s “backlog of deferred maintenance” and “the cost to operate the subways, disaggregated from the bus/streetcar network.”

He says he wants an answer from Mr. Tory no later than Dec. 13.

In another letter, obtained by The Globe, Mr. Tory writes to his city manager, Chris Murray, asking him to report to city council – which meets for the first session of its new term next week – on Mr. Yurek’s request and its implications.

Mr. Tory, who has maintained that he would not agree to an upload in the absence of clear benefits for Torontonians, writes that he believes the city must participate in the information sharing: “I believe subject to clear conditions, that the City’s participation in this exercise is the best way to protect our TTC system.”

He says that other than Mr. Yurek’s Nov. 29 letter, he has not received any details about the PC government’s plans, promised during the spring election campaign − and that this process might provide clarity.

However, the mayor − who was stung by accusations that he failed to stand up to Mr. Ford strongly enough when the Premier slashed city council almost in half during the municipal election campaign − clearly sees the possibility for a fight over Mr. Yurek’s request at council.

The mayor writes that he understands “some will say the City should simply respond to the province by refusing to take part.” He asks Mr. Murray to report back to council on “what risks such a response carries, legal and otherwise.”

Mr. Yurek’s letter lays out reasons for the upload, declaring that city delays and council’s “conflicting priorities” have meant that “little progress has been made” on transit for the past decade. (He does not mention the TTC’s 8.6-kilometre subway extension to Vaughan that opened last year, or the ongoing construction of a 19-kilometre light-rail line along Eglinton Avenue, overseen by the province’s own Metrolinx agency.)

The Transportation Minister also says that, based on “preliminary analysis,” uploading the subways would allow the building of “priority regional transit projects faster.”

But his letter, which notes that preliminary discussions between officials have already taken place, promises a “collaborative” approach with the city, saying that the TTC would retain responsibility for the day-to-day operation and maintenance of the system.

It also proposes forming a joint Ontario-Toronto team to “examine how to best advance the design and delivery of the Downtown Relief [subway] Line.” The line is meant to alleviate crowding on the Yonge subway, which Mr. Yurek notes is “reaching a critical point.” 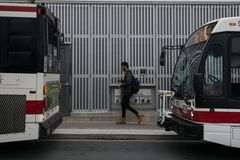 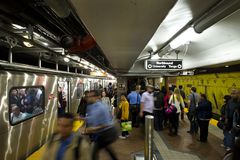 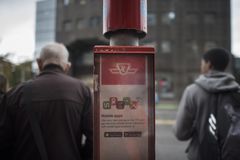