Ontario health units are ramping up youth vaccination efforts, using prizes and social media, as the window quickly closes for students to be fully immunized against COVID-19 by the time school starts.

Youth aged 12 to 17 have the lowest overall vaccination rate of any eligible age cohort in the province. Just over 64 per cent have one shot and 41 per cent are fully vaccinated, with variation across different regions.

Barry Pakes, a University of Toronto professor in public health, said many families are busy with other activities in the summer and may not realize they have just a few days to get their first shot in order to be fully vaccinated by the start of September.

Students would need to get a first dose by the end of the August long weekend to be fully immunized for Labour Day.

“People are just not in that mindset of, ‘School is only five weeks away, we really need to focus on being protected so that we can return to school normally,’” he said in an interview. “That’s really the key focus, and then the other piece is how we actually do that.”

The government has said it aims to resume classes and other activities in person, looking at vaccination rates among eligible students, staff and community members.

The comparatively low rate among youth is partially linked to the timing of the vaccine rollout, Pakes said. Youth in virus hot spots like Toronto and Peel became eligible for Pfizer-BioNTech shots slightly earlier than in other regions, where appointments started to open up in June, as school was winding down and summer holidays began.

Now nearing the end of July, health units have started running targeted initiatives to increase the numbers, emphasizing the return to school in a few weeks’ time. Peterborough Public Health is offering walk-in clinics for youth and has partnered with the Peterborough Petes, the local Ontario Hockey League team, to encourage young fans to get their shots.

York Region sent letters to families in areas with low vaccine uptake, personalized for individual schools, including frequently asked questions about vaccines. Peel Public Health allowed youth and families to skip the line at vaccine clinics on July 21 and 22, as part of a “Vax to School” push. Several health units are also using social media campaigns to reach younger people.

In Windsor-Essex County, about 55 per cent of youth have received only one dose of a COVID-19 vaccine.

Dr. Wajid Ahmed, medical officer of health for the region, said summer is a factor in the lower rates, as some families don’t want vaccine appointments or possible side-effects to waylay their vacation plans. There are also unique hesitancy concerns among parents, he said.

“For some of them, they’re fine to accept the vaccine for themselves, but they feel that maybe their children should wait to receive the vaccine,” Ahmed said in an interview.

The health unit is aiming to improve access in areas with low vaccine uptake, running pop-up clinics at schools and the local mall, some involving incentives like laptop prizes and food vouchers.

Recent clinics run at schools have had lower than anticipated uptake, Ahmed said, but the results have been “better than not having anything at all.” He said there are plans to shift the vaccination campaign to individual schools with lower vaccination uptake come September.

“When we get to the point when the school starts to open up there will be more targeted effort that we need to do in each of these schools,” he said.

The government hasn’t yet released its back-to-school plan, but the education minister has said vaccination rates among eligible students, staff and the broader community will be considered as the province aims for a September with more extracurriculars and activities allowed.

The province’s top doctor has also stressed the importance of high vaccination coverage among youth and young adults, predicting COVID-19 cases will rise in the fall when they congregate together inside socially and for classes.

The provincial government has not specified a target for youth vaccination by the time classes start. When asked, a spokeswoman for Health Minister Christine Elliott replied with overall vaccination targets for the province to move beyond Step 3, a reopening plan that doesn’t involve schools.

Pakes said a rule requiring that students get vaccinated to participate in extracurriculars like sports and clubs would help those activities run safely in the fall.

“It’s going to be a hard thing for governments to say, but that’s really what’s necessary in order to have everyone safe,” he said.

The return to classes also presents an opportunity to make vaccination accessible to students who didn’t get their shots over the summer, he said.

“I think (the vaccination rate) will go up and I very much hope it does,” he said. “We just need to incentivize it properly.”

With files from Allison Jones

Ontario plans to soon regularly report how many COVID-19 cases are in unvaccinated people
July 28, 2021 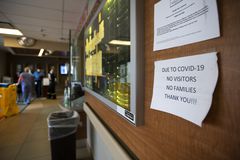 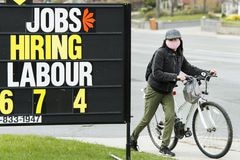