New towing protocols by the Ontario Provincial Police are aimed at curbing corruption both in the industry and within the force’s ranks, as four of its officers face criminal charges in connection to a continuing tow-truck turf war in the Greater Toronto Area.

Under the new rules, announced Tuesday, all tow trucks enlisted for police-requested tows – which include vehicles impounded for impaired driving, stunt driving or evidence – must be registered and approved by the OPP through an annual application process.

“This is a process that will keep everything above board and documented,” OPP Sergeant Kerry Schmidt said.

In addition to requirements around driving records, equipment safety and insurance, towing companies must also sign a release authorizing a criminal background check.

These changes come in the wake of a tow-truck turf war that has plagued the GTA with violence over the past few years. A Globe and Mail investigation in February, 2020, revealed that dozens of trucks had been set on fire and at least four men with ties to towing companies had been killed, as operators compete for bigger slices of a lucrative and fraud-ridden segment of the industry known as collision towing or “accident chasing.”

A joint forces investigation into the industry, led by York Regional Police, resulted in more than 30 charges in the summer of 2020, and separate corruption probes have led to charges against more than half a dozen police officers.

Within the OPP, Inspector Steve Grosjean, 62, commander for the highway safety division’s Mississauga detachment, was charged in February with breach of trust. Three senior constables are also facing charges. Toronto and Ottawa police officers have also been charged in separate investigations.

OPP Sgt. Schmidt said Tuesday that the new policy, which will affect thousands of tows, will help to ensure accountability “both internally externally.”

“We’re going to be documenting every tow interaction that our officers have with other tows, again for accountability,” Sgt. Schmidt said. “Every time there’s an interaction with an officer or a tow truck operator, the officer will complete paperwork. The officer’s only allowed to use one tow truck once per shift. ... If they have two impounds, it cannot be the same operator.”

Vehicles must also be stored at facilities within the jurisdictions where they are towed.

“You can’t be driving through Toronto ... and then pick up a car along the way and drag it back to a different city,” he said. “That’s completely inappropriate, and that won’t happen.”

Premier Doug Ford has pledged to crack down on the industry, including by drafting legislation to license and standardize towing across the province – measures that have long been called for by industry stakeholders.

Mark Graves, president of the Provincial Towing Association of Ontario, said the OPP’s policy overhaul is a matter of due diligence.

“The reality is, provincial licensing is going to take care of this anyways,” he said.

In the meantime the turf war has continued. On Sept. 16, York Regional Police were called to a residential street in Newmarket after a tow truck was set on fire around 3:45 a.m. 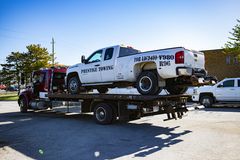 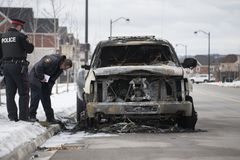 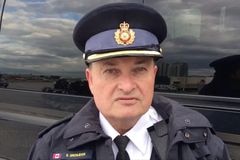