Severely addicted drug-users will be prescribed pharmaceutical-grade opioids at harm-reduction clinics across Toronto under a new federally funded pilot program.

The initiative follows increases in overdose deaths that harm-reduction workers blame on an increasingly tainted supply of illegal street drugs. The death total in Toronto has worsened since the start of the COVID-19 pandemic, with paramedics responding to 27 suspected fatal overdoses in July, compared with just 11 in the same month a year earlier.

On Thursday, the federal government announced a $1.5-million, 10-month, “emergency safer supply” pilot project to be overseen by two health clinics that operate supervised drug-consumption sites in central Toronto. The government also said it was granting permission for an emergency supervised drug-consumption site to open inside a hotel the city has been using as an isolation centre for homeless people who test positive for COVID-19.

The money will pay for the staffing, treatment and other resources offered to drug-users and for the evaluation of the program, which could involve as many as 350 patients. The actual cost of the drugs – tablets of a synthetic opioid called hydromorphone – are typically covered by the province’s disability assistance program or by the prescribing clinic itself, said Angela Robertson, executive director of the Parkdale Queen West Community Health Centre, one of the organizations overseeing the new project.

The idea of offering drug-users not just a supervised injection site – where a nurse is on hand in case of an overdose – but a safer supply of drugs is not unprecedented. British Columbia launched its own safer-supply program in March. Supervised heroin therapy has been used for years in Switzerland, Germany and the Netherlands. It was already being prescribed sporadically by some doctors in Toronto after Health Canada relaxed its rules in 2016 to allow doctors to prescribe opioids to drug users after other treatments had been exhausted.

But this latest plan marks the first rollout of a federally funded, systematic program in Canada’s largest city that advocates say will show the harm-reduction benefits of offering drug users an alternative to street drugs laced with unpredictable amounts of deadly fentanyl or other substances.

However, Thursday’s announcement also displayed the distance between Ottawa and the Ontario government on the issue.

Toronto City Councillor Joe Cressy, who chairs the city’s board of health, said it was telling that the government that actually runs the health care system, the one led by Ontario’s Progressive Conservative Premier Doug Ford, was not funding the project, even as overdoses in the province continue to rise.

“The absence of the provincial government at today’s announcement was a glaring omission,” Mr. Cressy said in an interview.

After Mr. Ford said during the 2018 election campaign that he was “dead against” supervised drug-consumption sites, his government reviewed them and imposed a cap, saying it would approve only 21 provincially funded sites, while cutting funding for others.

That cap remains. But Travis Kann, a spokesman for Health Minister Christine Elliott, said Thursday in an e-mail that the ministry is still accepting applications for new supervised drug-consumption sites, and just approved one in Kitchener, Ont., the province’s 16th. He said Ontario “continues to support people with an opioid use disorder to get the help they need.”

Liberal MP Arif Virani, who represents the Parkdale area of Toronto, said Ottawa and Queen’s Park have worked well together in the pandemic on other issues and that he was hopeful Ontario and the federal government would find common ground on the new pilot program.

Thursday’s announcement was made after the federal prosecution service issued a new directive permitting prosecution for drug possession only in the most serious cases. Mr. Virani said his government believes drug use should be treated primarily as a health issue, not a criminal justice issue – but that the government’s policy was not to fully decriminalize hard drugs.

Harm-reduction workers say the isolation imposed by pandemic rules means more drug users are doing drugs alone, with no one nearby to revive them or call for help in the event of an overdose. Meanwhile, the increased and unpredictable presence of fentanyl and other new and more powerful substances in street drugs continues to have lethal effects.

They say offering safer prescription opioids not only prevents overdoses from tainted street drugs, it can allow drug-users to address other health or mental-health issues and even hold down jobs. But Ms. Robertson, of the Parkdale Queen West clinic, said the provincial government needs to change its rules to cover the costs of higher-dose injectable hydromorphone, which she said some drug-users need. 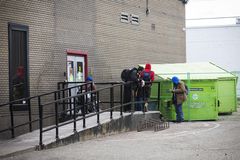 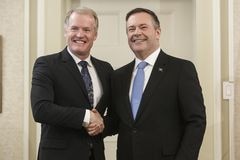