More than 150 high-school teachers in Toronto are without full-time contracts this fall, according to the local union that blames the Doug Ford government for education funding cuts.

The Toronto branch of the Ontario Secondary School Teachers’ Federation said on Tuesday that 108 teachers are laid off and another 47 have had their work hours reduced to part-time.

Leslie Wolfe, president of the Toronto local, said in a release that there isn’t enough funding to ensure those who had a job last year would return to the classroom. This comes as the Toronto District School Board (TDSB) has already said it would be cutting almost 300 staff, from caretaking positions to administrative and support staff roles, as it wrestles with what it described as a larger-than-expected funding reduction by the government.

“School boards can only hire the staff they’ve been funded for by the provincial government,” Ms. Wolfe said. “Without the appropriate funding, people get fired and programs for students suffer.”

The number of teachers without positions is higher than in previous years. Typically, school boards go through a period of adjustment over the first few weeks of a new academic year, and many teachers who received a surplus notice – a notice of potential layoff – return to the classroom.

Ryan Bird, a spokesman for the Toronto District School Board, said that as of Friday, there were about 135 full-time high-school positions that remain laid off.

“We anticipate that some of these positions may be recalled over the upcoming months,” Mr. Bird said.

There has been a lot of uncertainty in the education sector after Mr. Ford’s government announced a plan to increase average class sizes by one student in Grades 4 to 8, and to 28 from 22 in high schools over the next four years. The class size changes would eliminate an estimated 3,475 teaching positions across the province, and result in the loss of a number of high-school courses.

The government said there would be no layoffs and that teaching positions would be lost through attrition, meaning that educators who retire or voluntarily leave their job would not be replaced.

Alexandra Adamo, a spokeswoman for Education Minister Stephen Lecce, said on Tuesday that the government expects the number of teachers being recalled to the classroom to increase over the next several weeks, including at the TDSB.

Meanwhile, the threat of labour disruption in the province looms as contracts for teachers and other education workers expired on Aug. 31.

Officials with the Canadian Union of Public Employees, which represents 55,000 education workers in Ontario schools, including janitors, administrative assistants and special education assistants for high-need children, said their union’s 70 locals across the province are voting on strike mandates over the next two weeks. Contract talks with the government are set for this week and again later in the month.

Laura Walton, president of the Ontario School Board Council of Unions, CUPE’s provincially designated bargaining agent, said Mr. Ford’s government has so far shown no willingness to compromise and that her union will consider working to rule.

“They [the provincial government] have their line in the sand that they want,” Ms. Walton said Tuesday at a news conference at Queen’s Park. “And we’re saying we have to work together on this if we are going to make some movement.” 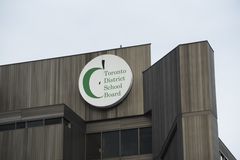 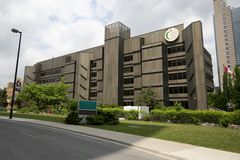 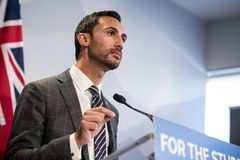