The City of Toronto and Queen’s Park are at odds. It’s a familiar pattern during the reign of Premier Doug Ford: His Progressive Conservative government has stomped on the city’s toes.

The issue this time is land-use planning. Last week, the province approved three development projects for the city’s downtown, using a tool called a “ministerial zoning order” to override the city’s own process. Local councillor Kristyn Wong-Tam complained of “Premier Ford’s contempt for the City of Toronto’s ability to govern our own affairs.”

There’s no doubt that Mr. Ford has shown such contempt: For starters, he chopped the city’s council in half during an election. But land-use planning isn’t an issue that breaks along normal partisan lines. This move by Queen’s Park promises housing, including substantial affordable housing, in exactly the right place. And it raises a good question: Why is it so hard to deliver such things in Toronto?

The three projects are all in the Distillery District and the adjacent West Don Lands neighbourhood, on the eastern edge of downtown, near a wealth of planned transit stations and the new East Harbour office district. They’re on provincial land, and the first two have active development applications that include affordable housing.

One is a three-building set, mostly on Front Street, up to 13 storeys tall. The second, on Mill Street, is a six-storey office building with two residential towers, and the third is a 50-odd-storey building on Eastern Avenue, for which there is still no public proposal.

Steve Clark, Minister of Municipal Affairs and Housing, said the issue is speed. “We’ve made it clear that we are going to reduce unnecessary delays and deliver affordable housing in this province,” he said in an interview. He said the three projects together will deliver roughly 2,000 market-rate apartments and 1,000 affordable ones, secured through agreements between the province and the developers.

The developers on the first two projects are a partnership of Dream Unlimited, Tricon Capital and Kilmer Group. They’re already building next door, in another part-affordable building of high-design quality.

Joe Cressy, the local councillor for most of the area, said this move is unnecessary. It “has reduced the city’s ability to secure and ensure the social infrastructure that is necessary to create a livable community,” Mr. Cressy told me. “These projects were already moving fast."

But that depends what you mean by “fast.” It often takes three years for a development project in Toronto to get city approval (and more to actually begin construction). Of the West Don Lands projects, one has been with the city since early 2019. It was about to be approved by city council. That makes an 18-month process – for a project with 30 per cent affordable housing, excellent public space and exemplary architecture. The next project, on Mill Street, has been with the city for six months. The third hasn’t even been publicly proposed yet.

So the province’s move sped up the last two by one or two years, maybe more. That’s a significant saving of time and therefore money. And it’s rare. In Toronto’s opaque and complex planning system, almost nothing is approved without long negotiation.

In this context, Mr. Clark said, “the affordable housing advocates on Toronto council have been asking us to deliver housing as quickly as possible. That’s what we’re doing.”

And, he pointed out, this year Toronto asked his ministry for ministerial zoning orders – the same controversial process – to advance two of its own supportive housing projects. If that was a good tool to shut down the not-in-my-backyard folks, he asked, why is it not appropriate here? That, too, is fair.

The Ford government hasn’t earned Toronto’s trust. Mr. Clark’s manoeuvres don’t help. And yet: Toronto needs to put up many more buildings as quickly as possible. The city is poised to add another million people by 2041 – maybe more.

If the city doesn’t add a couple of thousand sizeable developments, at a much faster pace than it is currently building, the current housing shortage will only grow. And any serious climate-change policy for Toronto and Ontario should mean even more development in the central city, where residents can (and do) live car-free in smaller homes.

Rather than throw buns at each other, the Ford government and the downtown left should find some rare common ground in making that happen.

Opinion
Can design change the world? The Margolese prize bets $50,000 on it
Subscriber content
October 18, 2020 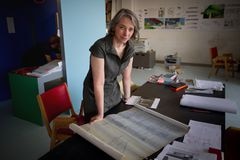 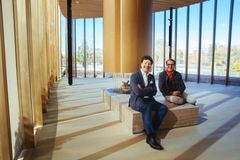 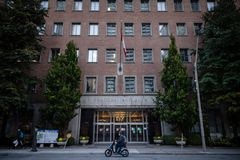