Eric McElroy was trundling the garbage bin down his driveway in January of last year when he felt movement on his gloved hand. He watched in horror as four rats erupted from the lid.

After they had fled into the downtown Toronto night, he gathered himself and again started moving the bin. Four more rats burst out.

“At this point, I’m just like aghast,” Mr. McElroy recalled. Opening the lid, he saw yet another four. “The rest of them scramble, going north and south, across Bathurst Street, just in every which way. It was really, really terrifying.”

While his experience may seem like a nightmare for anyone who takes out the garbage, most urban people have been closer to a rat than they might realize.

Although Alberta claims to be rat-free, these rodents have become firmly ensconced in most cities. The brown rat, which originated in Asia, has followed humans to every continent save Antarctica.

The urban rat is loathed, even feared, but is also one of our most tenacious creations. They are a reflection of our civilization, having learned to live in our shadow and dine off the garbage we generate. And their numbers, according to one of the world’s top experts, are jumping globally.

In spite of rats’ ubiquity, they aren’t studied much, leaving big gaps in our knowledge about them. One of the few Canadian efforts is the Vancouver Rat Project, launched to learn more about the pathogens they carry.

This group has made disturbing findings. The way rats pick up disease-causing micro-organisms prompted the project’s head to adopt the descriptor “pathogen sponge.” And the research suggests that exterminating some rats caused pathogens to spread more broadly among survivors. But the animal has also elicited a healthy level of respect.

“One of the challenges is that rats are very adaptable, they can live in lots of different situations,” said Kaylee Byers, a University of British Columbia doctoral candidate who has worked with the rat project for six years.

A rash of rat sightings last year in part of downtown Toronto prompted city council to ask staff to look at improving mitigation tactics and education. Their report is due later this year. But any anti-rat measures will be tackling a problem without an easy solution.

Studies show that cats prefer not to tangle with rats. Poisons are not always effective. Few cities have the stomach to loose specially trained dogs on rats and bounties were eliminated decades ago in most jurisdictions. Many exterminators have rebranded as pest-management professionals, in part because the old name carried an unrealistic promise.

One problem is that rats reproduce prolifically.

“Most likely, if you are in New York while you are reading this sentence or even in any other major city in America, then you are in proximity to two or more rats having sex,” writes Robert Sullivan in Rats, his book about his observations in a New York alley.

Although estimates vary, experts say a pair of rats will produce around 15,000 descendants in a year. And if a rat population is partly eliminated, survivors will reproduce even more quickly to make up the shortfall.

Bobby Corrigan believes rat numbers have been rising in the cities he visits. The president of RMC Pest Management Consulting in the United States, he is one of the top rat experts in the world and has been working with these rodents for decades.

He suspects the population increases are due to growing urban populations and infrastructure becoming easier to penetrate with age. Warmer winters also may have allowed rats to eke out one extra litter, boosting their already impressive fecundity.

Controlling rats is ultimately about controlling their food supply. Although rats are popularly linked with poverty, they don’t discriminate and go where the food is. And they don’t need much.

“It only takes a small amount to keep a rat family on your block going; it takes one property owner with a bad garbage can,” Mr. Corrigan said. “I think that they’re with us forever, because they’re so successful at what they do.”

Should I feel guilty about trapping mice?

I used to think mice were cute. Then they moved into my apartment

Not all rats evoke a squeamish response, and some have positive connotations. In his book The Wind in the Willows, Kenneth Grahame portrays the water rat as a loyal and dependable friend to the mole. Domesticated rats have long been kept as pets, including by the author Beatrix Potter.

But wild rats have a different reputation. They tend to make people squirm, perhaps because of the many pathogens they can carry. It was rats that are generally thought to have harboured the bubonic plague that wiped out millions. They are sometimes called “germ elevators” for the way they carry health dangers up and out of the sewers.

“They’re also capable, through their ecology of running around, you know, in our backyards and in our alleyways, of picking up these other pathogens that are circulating in human populations,” said the Vancouver Rat Project’s Ms. Byers.

But rats are not the only animals that can harm us. And yet there’s something about this rodent that prompts a visceral distaste.

Dougie Clarke, an expert in poison-resistant “super rats” at Britain’s University of Huddersfield, said it might relate to the animal’s “snake-like tail” and its habit of entering our personal space.

“A lot of people like squirrels,” he said. “They’re really tree-climbing rats with fluffy tails … and they carry similar [health risks], but they just tend not to come into our households much.”

With construction seasons gearing up across Canada, rats whose burrows are disturbed will soon be looking for new homes. To nest, rats need a void the size of a basketball. They often live underground, but will happily come inside. When they do want to enter a space, they can squeeze through a gap the size of a two-dollar coin.

“Rats are like fear: they creep in at night, in those unseen places of vulnerability,” Mr. Sullivan wrote.

The sneaky and dirty image of wild rats has constrained their study. Most people want them removed instead of examined. But while there’s much we don’t know, those who work with them say they are smart, adaptable creatures capable of learning and empathy.

Rats can swim substantial distances and are clever enough to navigate plumbing and emerge from the toilet. Although this act is sometimes dismissed as a myth, National Geographic uploaded a video in 2015 showing how easily a rat could pull off the trick.

Fifteen years after Paul Lewis found a dead rat filling the bowl of his basement toilet in North Toronto, the image remains vivid in his memory.

“There was no way I was ever going to sit on that toilet seat,” he said. 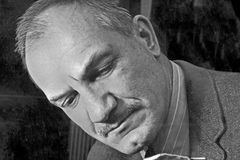 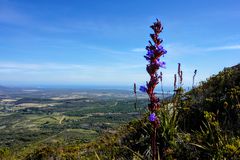 I used to think mice were cute. Then they moved into my apartment
February 7, 2019 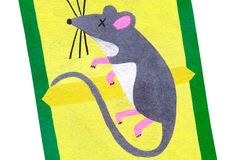