Tenants in Toronto’s community housing system are facing one more barrier to buying homes in their neighbourhoods as the city has suspended a loan program out of concern that tenants would not be able to keep up with surging house prices.

The loan program, called the Foundation Program, was launched in 2009 to help community housing tenants make down payments of up to 35 per cent of a house price, specifically for homes in their own mixed-income communities including Regent Park.

However, as housing prices climbed, tenants have needed larger loans and the city worried the tenants wouldn’t be able to pay the money back. The last time the city put money into the program was in 2015 and that money has now run out. The last loan was given out this spring.

“We are seeing people who are coming from outside who are able to live here,” says Sureya Ibrahim, a member of the Regent Park Neighbourhood Association, “and the people who are living here 40 years, 60 years, they cannot even afford [to buy].”

The Foundation Program was funded by municipal tax dollars and run by the Toronto Community Housing Corp. (TCHC). It was available to TCHC tenants in Regent Park, Alexandra Park, Lawrence Heights and Allenbury Gardens, which are all mixed-income communities. If a tenant qualified for a first mortgage from a bank, the tenant could receive an interest-free loan for approximately one-third the price of the home.

Only 27 people used this loan program, mostly in Regent Park before housing prices tripled. None of these people have defaulted on their loans, TCHC says, but given current housing prices, it worries any future recipients might not be able to keep up with their loan and mortgage payments, and few tenants could qualify for first mortgages anyway. For these reasons, the program is on hold.

“We are just in a wait-and-see approach,” says Vincent Tong, chief development officer of TCHC. He says they want to ensure tenants understand the cost of rising condo fees, parking fees and land transfer taxes before making a purchase – “So that they’re not in a position where they may potentially lose their home in a few years.”

Tenants can still receive smaller loans through an initiative called the Boost Program, which offers loans of up to 10 per cent of the price of the home in TCHC neighbourhoods. However, to buy homes in the current market, many tenants would need assistance closer to the 35 per cent assistance formerly offered by the Foundation Program.

One tenant who could benefit from a Foundation Program loan is Irum Siddiqui, who has rented a cramped, subsidized apartment in Regent Park for 10 years. She lives in the two-bedroom unit with her husband and four sons. All of the sons, including two teenagers, sleep in one room on bunk beds. A fifth person, Ms. Siddiqui’s mother, also slept in their room when visiting from Pakistan last year, sharing a bunk with the youngest boy.

Ms. Siddiqui wants to buy a bigger home instead of spending her money on rent. She works at a cafeteria at a high-end hotel, where her husband also works as a chef. She says they qualify for a mortgage for a house up to $600,000, but without a loan, they cannot afford anything in Regent Park.

“Everybody’s asking me, ‘Why are you spending so much instead of buying a house?’” Ms. Siddiqui says. “I don’t have an answer. I keep saying, ‘My kids don’t want to move anywhere.’ That’s why we keep spending our money for nothing.”

Some critics argue the city should not subsidize home ownership for low-income tenants. Frank Clayton, a senior research fellow at Ryerson University’s Centre for Urban Research and Land Development, recalls a federal assistance program in the 1970s that helped low-income renters buy homes, only to see thousands of those units taken back when people couldn’t keep up their mortgage payments. Instead of repeating such mistakes, he says, cities should offer interest-free loans to current homeowners to create affordable rental suites in their homes.

In Ms. Saddiqui’s opinion, renting no longer makes sense because her boys have outgrown the apartment; she and her husband have spent $180,000 on rent during the past decade, and they want to invest in a place for her children to live during university.

She and her husband have looked at the homes in Regent Park, but they now plan to move to Ajax or Pickering.

“I was browsing the houses and [wanted one] really badly,” she says. “We don’t want to go anywhere.” 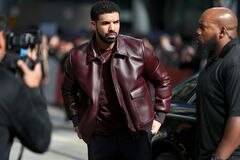 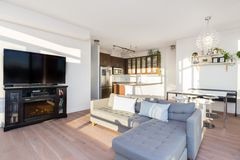 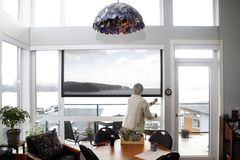