Toronto residents packed into a small room at the Centre for Social Innovation Tuesday to explain to city officials their frustrations with construction noise and to offer suggestions on updates to the city’s noise bylaw.

The around 50 attendees were a mix of residents and business owners, many of whom said unreasonable noise continues to permeate crowded residential areas, as the city increases infrastructure projects to meet the demands of a growing population.

“What drives me crazy is the number of small construction projects in the middle of the night,” resident Liz Tully said. After filing a handful of noise complaints with the city, which she said were not attended to, she took it upon herself to speak to the construction workers.

“I’ve actually gone down [to the construction site] and the workers don’t even seem aware that they’re not supposed to be making so much noise at night,” she said. “I can tell they feel bad, … but the response I keep hearing is ‘we have to do a job.’”

The consultation was one of a handful held by the City of Toronto on the bylaw that deals with noise from power equipment, motor vehicles, amplified sound and general residential noise. The feedback will be used as part of a report that goes to city councillors in the spring.

The consultations come as construction sites multiply in the city and the health implications of loud noises are examined by public health officials. The number of noise complaints the city has received increased from 8,363 in 2015 to over 10,100 in 2018.

The city’s noise bylaw, last updated in 2009, forbids noise that would disturb Toronto residents at any time. When it comes to construction in a residential area, the bylaw only allows projects – other than municipal or emergency work – to operate during the weekdays from 7 a.m. to 7 p.m., and on Saturdays from 9 a.m. to 7 p.m. No construction is permitted on Sundays.

An Ipsos Reid study commissioned by the city last year found residents were bothered the most by noise caused by construction and heavy equipment, followed by motorcycles. The study also found slightly less than half the city’s inhabitants are concerned about noise pollution.

Tor Oiamo, a geography professor at Ryerson University who studies noise pollution, said the World Health Organization has “set the gold standard” for capping safe noise levels at 55 decibels. Noise louder than this has been correlated with significant risks to cardiovascular health, increased stress, impaired sleep and can increase the risk of diabetes, he said.

A 2017 Public Health noise monitoring study in Toronto, co-authored by Dr. Oiamo, revealed nearly 89 per cent of the population as exposed to noise levels above the WHO’s guidelines during the day. Forty-three per cent are exposed to unhealthy levels during the night, mainly due to construction that’s been given an exemption permit. It also found 60 per cent of noise pollution in Toronto can be attributed to traffic.

Catherine Macdonald, from the citizen’s group Toronto Noise Coalition, said there could be “many practical ways to reduce noise,” from using sirens that are “less piercing,” to ensuring the loudspeakers during concerts are faced away from residential areas.

Dr. Oiamo said the current bylaw offers a more reactionary approach to curbing noise, rather than provide direction on future developments. He suggested the city adopt an approach aimed at bettering public health by setting a goal to decrease noise by a certain percentage over a number of years.

The updated bylaw should also consider new challenges, such as “intensified construction, which wasn’t nearly at the level it is now when the [original] bylaw was written,” he said.

Noise complaints that were until recently dealt with by Toronto Police are now in the jurisdiction of bylaw officers, and the city’s website states it can take “up to five business days” for a bylaw officer to attend to the complainant.

Jessica Stanley, a policy and research officer with the city, said that 285 city bylaw officers are responsible for dealing with 30 different bylaws, and only one bylaw targets noise in the city. There are currently no plans to hire any more bylaw officers to respond to noise concerns.

Some suggestions to curbing excessive noise from those at the meeting included having the city offer incentives for construction companies to use quieter technology and to build a database with the names and phone numbers of the contractors posted so that residents can contact them with their concerns.

“It’s not probably ever going to be perfect,” Ms. Macdonald said, “but there certainly could be a much better meeting ground to manage excessive noise in a big city.”​

This city planner has big visions for the future of Hamilton
January 14, 2019 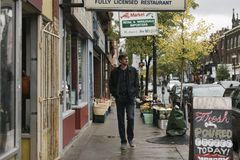 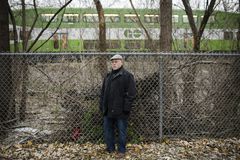 The art of keeping the sound from music festivals contained
August 13, 2018 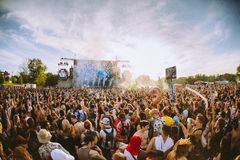