Residents at a downtown seniors’ home have been told they will need to find somewhere else to live, two months after the building was sold to a numbered company connected to a Toronto real estate development lawyer.

Davenhill Senior Living, a not-for-profit home located at 877 Yonge St. in Toronto’s Rosedale neighbourhood, will be shuttered by the end of this year.

In a July 3 letter to residents, Dan Tomlinson, chair of Davenhill’s board of directors, said the decision was made “only after it became clear that closure of the facility is inevitable and that the only question was how much control we would have over the timing.”

The letter did not specify why the building was closing, but it has left residents like Anne Washington concerned about relocating, amid limited assisted-living options.

“Seniors’ accommodation in downtown Toronto is as scarce as hen’s teeth,” the 87-year-old retired teacher told The Globe and Mail. Ms. Washington lived alone in an east-end apartment for about 40 years before coming to Davenhill about two months ago.

“Moving was a bit disconcerting. Moving again, I am up in arms, trying to say, ‘You can’t do this,’” she said, adding, “I don’t want to move into a new facility. I’m just getting used to this one.”

Davenhill is home to about 150 people, some with varying levels of mobility and requiring wheelchairs. The nonprofit has hired relocation consultants to help seniors find new accommodation, tour prospective residences, pack and move at no cost to them.

In a statement to The Globe, Davenhill spokeswoman Genevieve Brown said the facility regrets the challenges of the impending move on its residents, but made the choice to close down on its own terms, rather than to “wait until an event outside our control forced us to close with immediate effect and no lead time for our community to find a new home.”

The building changed hands in May of this year, although the new owner’s identity is opaque.

Land registry information for 877 Yonge St. currently has the numbered company 2692518 Ontario Inc. as its owner. The company, which was set up 10 days before the land transfer, lists a Toronto real estate development lawyer Andrew Jeanrie as its director and president. (Mr. Jeanrie did not respond to e-mailed questions or phone calls from The Globe.)

The City of Toronto has not yet received any planning or development applications for the site.

Mike Layton, councillor for Ward 11 University-Rosedale, said the not-for-profit that operates the home is following its requirements, and that the city does not have recourse in this case to intervene on behalf of its residents. However, Mr. Layton said long-term care and affordable housing staff at the city have been alerted of Davenhill’s closure and are “aware of what will be a significant need coming from the residents of the facility.”

“We have commodified housing to such a point that people are being forced out of their homes,” Mr. Layton said, rhyming off other eviction cases he has been involved with as recently as last week, when he received a call from a family which was being evicted because their unit is apparently going to be converted to an Airbnb.

Some Davenhill residents have reached out to the Federation of Metro Tenants’ Associations to enquire about their tenant rights, executive director Geordie Dent said.

Residents can challenge eviction notices before the Landlord and Tenant Board should they choose to stay in the building, but would likely require legal advice as to which legislation they are covered by, Mr. Dent said, because of the assisted-living nature of the facility.

“That confusion just adds to the stress and the chaos and the instability” of navigating the eviction notice, Mr. Dent said, pointing to housing affordability as another hurdle for seniors.

Catherine Nasmith said her mother, Ms. Washington, pays just under $3,000 a month for a living package that includes rent, a community fee, dinners, cable and insurance. The location makes it easy for Ms. Nasmith and her siblings to visit their mother.

“This notification has really shocked us. We have had nothing but good experiences” at Davenhill, Ms. Nasmith said. “I can’t imagine that any kind of rezoning on this property is going to be a happy affair.” 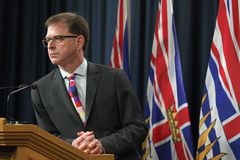 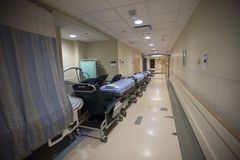 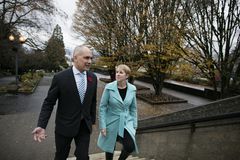