The Toronto Transit Commission will allow its workers to wear masks on the job, changing its policy Wednesday to prevent further work refusals.

The shift comes after weeks of union pressure and is one of a series of TTC operational changes, including allowing all-door boarding on its buses, as transit agencies across Canada grapple with the fallout of the COVID-19 outbreak.

On Thursday the TTC announced its first case of a positive test among its employees – a bus mechanic who had been travelling. The employee returned to work for one shift, on March 11, before being sent home sick. The agency said it learned of the diagnosis late Wednesday.

The agency said that between 130 and 170 of the person’s fellow employees were being asked to self-isolate. Their workplace, part of the Hillcrest TTC facility near Casa Loma, was to get a “thorough disinfection, with special attention paid to common high-touch areas.”

Also Thursday, GO Transit said it had learned that a passenger who took the route 40 bus from Pearson International Airport to Hamilton in the early evening of March 12 tested positive. The driver of that bus is showing no symptoms and is in isolation as a precaution, according to the agency, and the vehicle was removed from service for cleaning.

“Hamilton Public Health has determined the risk is low & does not need to speak with customers,” the agency said in a tweet. “Customers with concerns about their health should speak with their healthcare provider.”

The pandemic has hurt ridership in many cities – passenger volumes were down 80 per cent on GO Transit Wednesday morning, compared with normal operations – and raised concerns about social distancing on vehicles.

In response to these concerns, Ottawa’s OC Transpo mandated rear-door boarding to keep passengers away from drivers, a policy adopted also in Hamilton and Guelph. GO Transit blocked off the area near bus drivers and customer-service agents on their trains.

But agencies have been reluctant to allow their members to wear masks, in spite of union demands. On Wednesday, the TTC continued to cite public-health advice that masks can do more harm than good. But the agency said that they were starting to see their no-masks policy lead employees to exercise their legal right to refuse work, and that the rule was changed to ensure continuity of service.

“While we wish the TTC would have moved sooner on this, we appreciate the policy change to provide workers the choice to wear protective masks on the job,” Carlos Santos, president of ATU Local 113, which represents most TTC workers, said in a statement.

Other TTC changes announced Wednesday include using Wheel-Trans to transport Toronto Community Housing residents who are symptomatic for testing, and to isolation if necessary. The agency stressed that vehicles will be dedicated to this work and staff will have proper protective equipment.

The TTC will also allow passengers to use all doors to board its buses – a policy which already exists for streetcars and subways – saying that this will help reduce “pinch points” at the front door and better allow passengers to keep their distance from each other and the driver.

No matter which door they use, passengers are being told to continue to tap their PRESTO card, and the TTC says their fare inspectors will continue to patrol. Earlier this week, the agency said the inspectors would focus on customer service and education, though they may still issue fines for non-payment.

Also Wednesday, the Toronto Police announcing that they would no longer be enforcing a number of parking violations.

“I continue to encourage people to pay for parking and pay their fare on the TTC – it is the right thing to do,” Mayor John Tory, who is in isolation at his condo after a recent trip to London, said in a statement.

“But these are extraordinary times and I am focused, as is all city divisions and agencies including the TTC and police service, on reducing social interactions and protecting all Toronto residents as best we can.”

While many people are working from home and some are required to stay isolated, others continue to move about the city. Pictures posted on social media show that while some transit vehicles are eerily quiet, others remain fairly full.

Transit agencies have been exempted from Ontario’s guidelines restricting how many people can gather in one place – limits set at 250 people last week and lowered to 50 on Tuesday – raising questions about how their vehicles can be safe to use.

Shelagh Pizey-Allen, executive director of TTCRiders, said earlier this week that it’s not good enough that vehicles may happen to be empty enough to create space. Instead, she argued, the TTC needs to adjust crowding standards to be certain this will happen.

“It’s about the TTC ensuring that everywhere in the system there is enough service to maintain social distancing and committing to a service standard that would accomplish that,” she said.

The TTC says it will maintain its usual service as long as possible. Metrolinx starting running fewer vehicles Wednesday due to the reductions in ridership, according to spokeswoman Anne Marie Aikins, but also in order to rotate staff to make sure they remain healthy and able to work if the pandemic worsens. 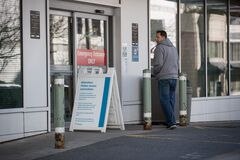 Opinion
Canada, here’s how we are going to survive this pandemic together
March 16, 2020 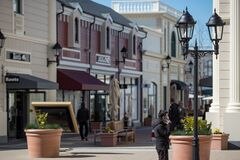 Explainer
Should I cancel my plans? How to get physical distancing right in the coronavirus outbreak
April 24, 2020 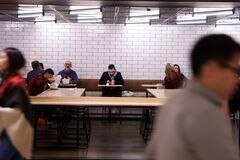