Imagine, just for a minute, there was a device that allowed motorists to make more fumes come out of a vehicle’s exhaust pipe – not to decrease the amount of pollution, in other words, but to increase it.

Say that some drivers thought it was cool to go around in cars that positively belched smoke, just like they did in the old days when men were men. The devices helped them do it. Sound far-fetched? Of course it does. It would be crazy to let drivers boost the amount of air pollution that spews from their cars.

And yet we do it with noise pollution. All sorts of drivers equip their cars with noise-boosting modifications these days. They produce a satisfying vroom when you hit the gas pedal or an intimidating thrum when you are at a stop. You can find dozens of these products and plans with the click of a mouse.

It’s all good fun on a race track or a remote country road, but in the city, it’s obnoxious. The guy – and it’s nearly always a guy – who guns his engine on a city street as if he is at the Indy 500 is not impressing anyone. Yes, sir, we know you have a car. Yes, it makes a big noise.

Why car-noise boosters are allowed to be sold in the first place is a bit of a mystery. The freedom of the individual to express himself through the sound of his engine is hardly the most basic human right. In any case, it should end when it overwhelms the right of his fellow citizens to hear themselves think.

A certain amount of ambient noise is to be expected in a big city: the noise from a garbage truck, a construction site, an airliner, an ambulance or an outdoor concert. It’s the background music of urban life. The noise of a muscle car is different because it is so deliberate, so avoidable and so close. If you are walking along the sidewalk, it is literally in your face. City streets seem to be full of roaring, backfiring cars and motorbikes these days, shattering nerves and drowning out conversations. Blaring music, squealing tires and stunt driving all contribute to the din.

Toronto Mayor John Tory, for one, has had enough. “I think people who live in the city understand that it’s not going to be Algonquin Park and it’s not going to be silent at all times,” he said this week. “But the thing they have no understanding and no patience for, and I tend to agree with them, is noise that is caused by vehicles – especially people who are deliberately revving their engines and otherwise modifying their equipment to create an excessive level of noise that is disrupting the lives of people who are living in the city.”

With his approval, Toronto police carried out a blitz on noisy cars a couple weeks ago and handed out 44 tickets. They might even bring in devices, similar to red-light cameras, that catch noise offenders remotely.

Cities have made progress against other kinds of pollution. The air and water are now much cleaner than they were a generation or two ago. Torontonians can catch fish in the harbour and swim in the lake. When it comes to noise, there has been progress, too. Airliners are getting quieter. Bars have to close their outdoor patios after a certain time. Condo builders can’t start banging and hammering until a decent hour.

Roaring cars are a blaring exception. While others are getting better, this particular sort of pollution seems to be getting worse. It’s an assault on the eardrums and an affront to urban etiquette. When a driver revs his engine, he is thumbing his nose at everyone around him.

Mr. Tory is quite right to push for a crackdown. 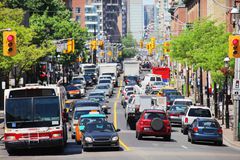 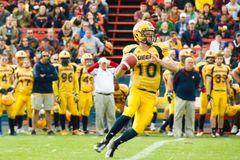