When the Hard Rock Café at Toronto’s Yonge-Dundas Square closed its doors a year ago, it was thought the location’s long musical legacy would come to an end. Moving into the Yonge Street spot on a long-term lease was Shoppers Drug Mart, a retail pharmacy chain respected for Rx needs, not rock ’n’ roll.

However, patrons popping into the drugstore when it opens Thursday will find more than medicine, makeup and sundry items, for operating out of a 144-square-foot room on the store’s upper floor will be the Friar’s Music Museum, a boutique exhibition space dedicated to the melodious history of a short strip of a long street once enlivened by music luminaries of the Oscar Peterson, Jackie Shane and B.B. King kind.

To some, the mini-museum (named after the long-gone Friar’s Tavern music venue) is just what the doctor ordered.

“This is about cultural preservation,” says Mark Garner, chief operating officer and executive director of the Downtown Yonge BIA, the organization behind the museum. “This is about telling the stories of what happened in that building and the uniqueness of what was once the most iconic music neighbourhood in Canada.”

The Hard Rock Café opened in 1978, an era marked by thriving downtown hard-rock venues such as Rock ‘N’ Roll Heaven and the Gasworks. Yonge Street’s halcyon music days, however, took place in the wilder, neon-lit 1950s and ’60s, when liquor laws and inhibitions were loosened considerably after the Second World War.

The illicit action and rock ‘n’ roll uproar happened in mid-century clubs, including the Colonial, Le Coq d’Or and, at the spot now occupied by the new Shoppers, the illustrious Friar’s Tavern.

It was at Friar’s where Bob Dylan in 1965 auditioned local heroes Levon and the Hawks (who would go on to become the Band). At the time, Mr. Dylan was controversially transitioning from an acoustic sound to an electric approach. After hesitantly jamming with the troubadour on I Don’t Believe You, Just Like Tom Thumb’s Blues and It Ain’t Me Babe, the Hawks passed the two-night audition and subsequently backed Mr. Dylan on a tour so groundbreaking that Time magazine would later label the Toronto rehearsals as “the most decisive moment in rock history.”

The initial exhibit in the Shoppers space is an overview of Yonge Street’s music history, with an interactive digital timeline and artifacts ranging from photos and handbills to record-store ephemera, to equipment belonging to the definitive Toronto guitarist Domenic Troiano. An exhibition devoted to Mr. Dylan and the Hawks (named after Yonge Street rockabilly ringleader Ronnie Hawkins) is planned for next spring.

“Yonge Street in that heyday period was unrivalled,” says Nicholas Jennings, a music historian, journalist and the museum’s co-curator.

The space for the museum was donated by Shoppers Drug Mart and franchise owner Andrew Yeh. Shoppers is owned by Canadian food retailer Loblaw Cos. Ltd., which in 2004 purchased the mothballed Maple Leaf Gardens, which has a musical legacy of Elvis Presley proportions.

“Our goal as a company is to reinforce our community involvement, and this opportunity for a mini-museum is a great fit,” Walter Cifersons, Shoppers’s director of design and development, told The Globe and Mail.

Located in the middle of one of the busiest pedestrian areas in the country, the Friar’s Music Museum is another step in the area’s musical revitalization. The landmark Massey Hall, a few blocks away, is set to undergo a renovation that will keep the venue closed for two years. ​ 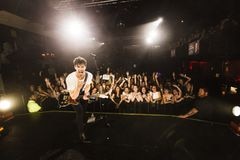 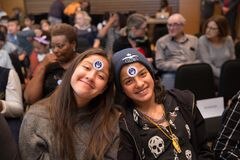 Meet the day-tripping dad behind the legendary ‘Amos’ bootleg tape of the Beatles’ final concert in Canada
June 15, 2018 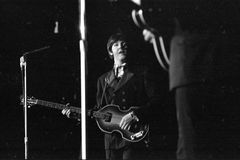