Doug Ford seldom misses a chance to take a shot at Toronto’s government. When he was a member of city council and his brother Rob was mayor, he was always denouncing city hall for wasting money and picking the taxpayer’s pocket. The Fords famously pledged to “stop the gravy train.”

The attacks have continued now that he is Premier of Ontario. After Mayor John Tory complained about how provincial spending cuts would damage city services such as public health, Mr. Ford shot back that, “Instead of looking out for the taxpayer, the City of Toronto has let waste fester.”

Much of this can be dismissed as the kind of huffing and puffing that the public has come to expect from Mr. Ford. He accused city councillors of doubling their budgets, but failed to mention the reason: He rammed through a bill halving the number of councillors, giving each of them twice the work. Sometimes, though, Toronto simply hands him a stick to beat it with.

Consider a little project right in the front yard of City Hall. Way back in 2010, the city decided it should build a bike-parking station in the huge parking garage under Nathan Phillips Square. It was a perfectly sensible idea. Toronto was trying to ease traffic congestion and do nature a favour by encouraging commuters to leave the car at home and ride to work. Giving them a safe, dry place to leave their bikes would help. Cities from London to Chicago have built big bike-parking stations for the same purpose.

It should have been an easy matter to build one in the Nathan Phillips Square garage. Just take over a couple of dozen car spaces, put up some kind of enclosure and install bike racks. But nothing is so simple down at city hall. Officials put a hold on the project in 2011, when Rob Ford was mayor, because of worries over the expense. His brother Doug would later make fun of the whole idea. With showers for sweaty cyclists to use, the bike station would become a bathhouse, complete with “towel boys.”

City council decided in 2013 to forge ahead anyway.

That was – you counted right – six years ago. This week, the bike station at last quietly opened. It is really quite nice. It has racks, lockers, washrooms and, yes, a place to take a shower (but no towel boys). Artwork on the walls celebrates the architectural competition that led to the building of the famous new City Hall above. Cyclists will pay a membership fee of $26.91 to join, then $21.53 a month to use the station – less if they sign up for a longer-term plan.

But on what planet does it take six years to build a bike garage? Just completing the first-phase of the staged construction took until 2016. When I last checked in on the project in May, 2017, officials said the work should be done by the end of that year. By then, the projected cost of $1.2-million had doubled. It was supposed to open by early 2018. Of course, it didn’t.

Why? A city spokesman explains: “Construction was delayed when inspectors determined that extra fire protection would be needed, as well as other site condition issues during the latter stages of construction. This caused a delay in sequencing and progression of work and, as a result, winter work and time extension costs were incurred.” Oh.

This, of course, is exactly the sort of mismanagement that the Premier likes to complain about when he turns his guns on Toronto. It gives him ammunition. It confirms every caricature he draws of a sluggish, bumbling, spendthrift, bureaucratic city administration. It lends him a handy argument when he tries to justify decisions such as taking responsibility for building subway lines away from the city and giving it to the province.

If Toronto wants to fend off Mr. Ford’s attacks and incursions, it will have to do a lot better. 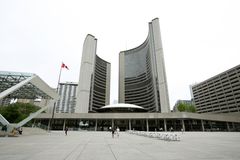 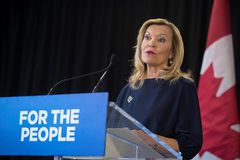