Nearly one month into spring, much of Ontario endured a wintry blast of ice pellets, snow and heavy rain that left more than 50,000 hydro customers without electricity and held the potential for widespread flooding overnight.

The icy weather belted a wide swath of Ontario, with freezing rain anticipated as far north as Sudbury, all the way down to Windsor. As the evening approached, Environment Canada warned of the potential for 30 centimetres of snow in northern areas and up to 30 millimetres of rain in the south.

“There’s a real concern for areas that got a lot of ice,” said Geoff Coulson, a warning preparedness meteorologist with Environment Canada. “Those pellets can clog drains, creating a potential for ponding and flooding.”

The heavy precipitation was being churned by easterly wind gusts that reached 100 kilometres an hour along Toronto’s lakeshore, cancelling all flights to and from Billy Bishop airport.

At Toronto Pearson International Airport, the mix of wind and precipitation led to the cancellation of 37 per cent of flights.

Environment Canada warned that high winds would be strong enough to damage windows and roof shingles.

Roads throughout the Greater Toronto Area were slick. The Twitter account for the OPP’s GTA Traffic Services reported a collision roughly once every 10 minutes throughout Sunday. OPP Sgt. Kerry Schmidt said officers had been called to 1,200 accidents over the weekend.

As ice accumulated throughout the day, tree limbs and power poles fell across power lines. Hydro One deployed crews to the hardest-hit areas in southwestern Ontario, but many were struggling to restore power in the hazardous conditions. Some customers were warned to prepare for a night without power.

At a Sunday morning news conference, Toronto Mayor John Tory urged residents to stay home. The city had deployed 80 salt trucks on local roads, but plowing operations had been curtailed.

“If you plow all of that slush and frozen ice pellets onto the side of the road, it dramatically increases the chances that we would have a real flooding problem if we get heavy rains later on,” Mr. Tory said.

“A lot of people have raised questions about the plowing,” he said. “The plowing has been done on the expressways in accordance with the city’s standards regarding weather events.”

Toronto Hydro reported 44,000 customers in the city were without power as of Monday morning, and Ontario’s Hydro One was dealing with 68,000.

The source of Ontario’s meteorological misery is a “double whammy” of weather systems that have no parallel in recent history, Mr. Coulson said.

The first of those came late Friday from Colorado and joined with two systems from the American South bearing heavy moisture from the Gulf of Mexico.

“This is very unusual for us,” Mr. Coulson said. “We’ve gone back a few decades and we haven’t found anything like this at this time of year.”

As Ontarians dig, scrape and pump their way out of this storm, Mr. Coulson says there’s little relief on the way from this unseasonably cold start to spring. Temperatures will remain well below 12 C, the normal high for this time of year.

“Much of the rest of April is still looking to be on the cool side,” he said. 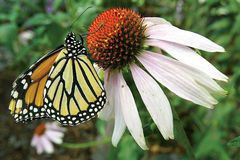 Opinion
In the face of extreme weather events, Canada must plan for resiliency
March 1, 2018 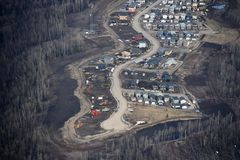 ‘Beast from the East’ brings worst winter weather in decades to Britain
March 1, 2018
Follow Patrick White on Twitter @Nut_Graf
Report an error Editorial code of conduct
Due to technical reasons, we have temporarily removed commenting from our articles. We hope to have this fixed soon. Thank you for your patience. If you are looking to give feedback on our new site, please send it along to feedback@globeandmail.com. If you want to write a letter to the editor, please forward to letters@globeandmail.com.
Comments are closed