The groups stand separated by temporary metal fencing and a line of police officers. On one side, Canadian flags and yellow vests. The other, rainbow flags and cardboard signs decrying hate.

This has become a regular scene in downtown Hamilton since violence broke out at the city’s Pride festival last month. The clash at Pride and the arrest and subsequent detention of a transgender activist has inflamed tensions between the LGBTQ community, police and municipal officials, who are trying to manage weekly protests. On Friday, activists set up an encampment outside City Hall and called for the release of the person detained. A rally in support of the LGBTQ community is planned for Saturday.

“The community is divided,” said Jackson Gates, a Hamilton-based social-justice advocate and member of the LGBTQ community. “People are adding more fuel to the fire and it’s hard to navigate.”

The conflict ignited on June 15, when a religious group and far-right demonstrators clashed with Pride festival attendees. Some of the protesters are part of a group that have been demonstrating weekly since the beginning of the year in front of Hamilton’s City Hall against what they see as mass immigration and a federal carbon tax.

Videos posted online showed a group of protesters near the festival hoisting homophobic signs and shouting. Masked counterprotesters unfurled a long black sheet to block them from view. As the two groups jockeyed for position, punches were thrown and one protester with the group opposed to Pride allegedly used a helmet as a bludgeon.

Officers stationed nearby waited approximately half an hour for backup before stepping between the brawling groups, according to Cameron Kroetsch, a Pride organizer and LGBTQ advocate.

Five people have been arrested since the incident, including Cedar Hopperton, an activist −who uses the pronoun “they”− previously convicted of vandalism charges who was not at Pride according to their lawyer, Asaf Rashid.

At a city hall meeting in the wake of the violence, Cedar Hopperton had urged LGBTQ people to have the strength to be “violent if necessary,” and used profanities against police officers during the encounter. A parole board ruled earlier this week that the comments could have led to a breach of the peace and rescinded Cedar Hopperton’s parole.

“It’s concerning a lot of people that someone can be arrested for giving their honest thoughts and impressions − especially in light of the trauma that had just been experienced,” Mr. Rashid said, speaking about the violence that occurred at the festival.

Hamilton Police also arrested two men on assault charges, including a man who allegedly wielded the helmet, and two others for probation violations.

Hamilton Police said the response will be discussed at a meeting later this month.

In early June, a McMaster study exploring the experiences of LGBTQ people in Hamilton found that most had experienced discrimination in public places and many felt disconnected and lonely. Suzanne Mills, one of its authors, sees the violence at Pride as a boiling point when some of the tensions that existed between the city and the LGBTQ community came to the surface.

On June 28, one person was arrested after a group of protesters rallied outside the mayor’s home early in the morning and planted signs that read “Mayor doesn’t care about queer people."

The office of Mayor Fred Eisenberger said he had since apologized for the “pain and fear" felt by LGBTQ people at Pride and has met with members of that community.

“This was one of the first steps in building a stronger relationship with these diverse and vibrant communities within our city,” said Michelle Shantz, a spokeswoman for the mayor, in an e-mail. "[Mr. Eisenberger] looks forward to continued dialogue.”

Initially, part of the city’s draft hate-prevention policy would have banned profanity, creating a nuisance and using sound-amplification equipment such as megaphones at demonstrations. Activists said it went too far. The city has reportedly since removed many of the controversial prohibitions.

Kojo Damptey, program manager at the Hamilton Centre for Civic Inclusion, said pressure has been building for months because the city has failed to address the concerns of marginalized communities as the far-right protests have unfolded this year.

“When calls [for action against discrimination] aren’t taken seriously, you have this boiling point attained where the ideologies have turned into violence,” he said.

More than 400 people have said they will attend a rally in support of the LGBTQ community planned for Saturday, according to the event’s Facebook page.

A group of protesters who set up tents outside Hamilton City Hall on Friday said they will stay for the weekend, and will not speak to the city until Cedar Hopperton is released.

Mr. Gates, the social-justice advocate, says he has met with the mayor’s office since Pride, and expressed frustration against people who are unwilling to speak with city officials.

“You want to combat hate? You want to get stuff rectified? Come to the table," he said. 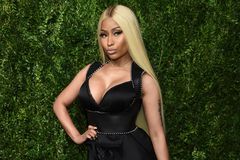 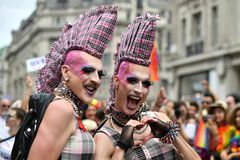 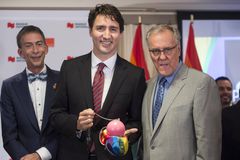